Maureen Kline offers insight into the communications strategy of Pirelli, a company best known for its tyres but which has diversified into a global entity with business interests in many fields.

Pirelli is a group with three important characteristics: it has a 135-year history and brand identity; it is a global group with approximately 70% of revenue coming from outside Italy; and its businesses range from tyres to real estate, from broadband solutions to environment, in addition to holding an important financial stake in Telecom Italia through holding company Olimpia.

Thus a successful corporate communications strategy must take into account history and standing, must be able to coordinate staff dispersed around the world under common messages, and must communicate a single identity that crosses sectoral lines.

Pirelli is a large Italian group whose products and image bring to mind the best characteristics identified with the "Made in Italy" label. Yet the company, which manufactures in 12 countries and has a commercial presence in 160, is thought of as Brazilian in Brazil and Romanian in Romania.

We are a multicultural company. Over the years, Pirelli has managed to maintain a highly successful balance between management centralization and local autonomy, which has been parallelled in communications. In other words, corporate communications, like corporate decision-making and strategy, is centralized in Milan but communications officers work with local managers around the world in a semi-autonomous fashion, linked to the center like so many spokes of a wheel.

We define corporate communications broadly, and in addition to media communications and advertising we give a lot of weight to promotion of art and culture. We follow a logic of integrated promotion of all our businesses and a strategy that aims to bring out the value of Pirelli’s role as a synthesis of industrial history, innovation, research, creativity, and industrial relations founded on cultural integration.

Corporate communications has been keen to keep a broad picture of the Pirelli group alive in the media, particularly at times when journalists move in the direction of a heavy focus on financial aspects, or of rumour-mill speculation. On the financial side, Pirelli makes a point of making all financial information clearly available to anyone on our website.

Detailed information and prospectuses are published and posted on every company statement, every presentation, every financial statement. Our ongoing task is three-fold: communicate company news transparently and precisely; correct, confirm or deny rumours; and pro-actively familiarize the media, and through it the general public, with all the various businesses in the group, as well as with the group’s strategy regarding its holding in Telecom Italia.

The Pirelli brand is a household word internationally not only because of the quality and popularity of its main consumer product, the tyre, but also because the brand has been strengthened by sports sponsorships such as the Lisbon-Dakar rally, the Ferrari Challenge, the world Superbike championship, and the F.C. Internazionale football team, as well as the famed Pirelli Calendar.

The Calendar is often cited as a brilliant marketing instrument. First launched in 1964, it quickly became a cult object and is considered more of a work of art than a marketing tool.

The limited edition calendars are acclaimed for marking the changing times and anticipating trends; they are collectors’ items and sell on ebay for hundreds of dollars; other companies are trying to emulate Pirelli by launching calendars of their own.

The success of the Calendar is an interesting phenomenon given that it is unrelated to the company’s products, yet it positions the brand in general as cutting-edge, avant-garde, elegant. That brand positioning has created an aura around the company so that it is not surprising if one discovers that Pirelli’s tyres are high-end, high-performance tyres with new, state-of-the-art factories, that Pirelli is a leader in nano-photonic technology and broadband solutions, that Pirelli’s real estate arm is building communities for the future, or that Pirelli has a high-end, high-tech fashion line featuring sleekly designed tyre-soled shoes. The company slogan "Power is nothing without control" is a message that applies to all our businesses.

In addition to continuing our Pirelli Calendar tradition, we have introduced a similarly innovative marketing tool called "Pirelli Film" (www.pirellifilm.com). In 2006 we introduced a short feature film called "The Call", a Gothic thriller starring Naomi Campbell and John Malkovitch. The movie can be downloaded from Pirelli’s website and has attracted a large number of viewers since its launch last March.

In 2007 Pirelli Film will strike again with Uma Thurman playing the leading role in another short feature. Each Pirelli Film script must respect these three commandments: it must represent a physical or mental performance; it must be an international idea; and it must shake up the audience for its controversial content. It must make an impact. The new film, "Mission Zero", will be released in conjunction with the unveiling of a stellar new tyre product, another example of a communications strategy that uses innovative tools to emphasize our high-quality, high-performance, leading-edge approach to everything.

A few years ago Pirelli decided to become a pioneer in another leading-edge field: the environment. Taking advantage of the skills and resources of Pirelli Labs, where R&D fields as innovative as nanophotonics attract some of Italy’s best engineers and scientists, Pirelli developed and patented environmental technology such as a system to turn waste into energy.

Pirelli Ambiente, active in Italy and the UK, is also developing and marketing products such as high-tech environmental filters for automobiles. Recently we took the initiative to present Al Gore’s film "An Inconvenient Truth" in an Italian ante-prima, in order to stimulate debate and discussion on the fundamental subject of global warming.

Corporate communication needs to be as innovative and dynamic as the company it is communicating about. That is our goal and our challenge. 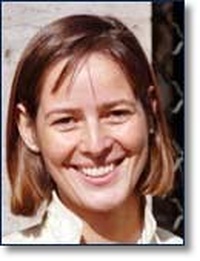