Kimon Antypas outlines an award winning PR program for coffee shop giant Starbucks, which positioned the chain as attractive to local tastes and lifestyles without sacrificing the core values of the brand.

During 2005-2006, Starbucks’ network in Greece developed rapidly (up to 13 stores in the Attica region and penetration in the rural areas) and although the brand is internationally recognized for its diverse PR and CSR activity, in Greece, up to that point, its communication had focused on launch activities and promotion of different coffee varieties alone.

In order to address the above and several other related issues, Publicis Consultants | Athens (formerly The Rowland Company), which took over the communication of the brand in Greece at the end of 2005, designed a PR program, with a strategic approach that focused on four key areas:

The Company located the points where Greek people ‘meet’ Starbucks (connect with Starbucks) and used those common elements as a ‘vehicle’, in order to develop the communication pillars of the PR program. The main aim of Publicis Consultants | Athens was, by the end of the program, to incorporate Starbucks in Greek people’s perception as a place where someone may enjoy excellent coffee in a friendly environment, with people who care. The basic communication vehicle was the actual Starbucks stores, the Mass Media and creative collaborations-partnerships.

In terms of Starbucks Passion for Coffee, the program included activities such as:

• Presentation of Starbucks Coffee Ambassador in Greece
• Coffee Seminars and the first Aroma Lab in Greece
• Creation of an ongoing program, specifically addressed to Media representatives, under the general title "Passport to the Land of Coffee’’
• Presentation of the new and exclusive Starbucks coffees through a constant and extensive publicity program
• Creation of open communication ‘channels’ with coffee lovers, through the creation of the electronic newsletter Passion for Coffee

As far as Starbucks Passion for Coffee is concerned, the activities implemented included:


• Actions for the Environment:
1. Members of Starbucks family in Greece cleaned up the beaches in areas where Starbucks stores are operating
2. In collaboration with the Children’s Museum, Recycling seminars were organized and held at Starbucks for children

• Actions for Children:
o An ‘Adoption’ program, in collaboration with the Greek SOS Children’s Villages: every store of the chain adopted a child from the Village and created a personal and ongoing relationship with him/her
o Creation, for the first time, of children’s libraries and playgrounds in 4 State hospitals / hospital units, of the Attica region.

And, as far as the Starbucks Third Place communication pillar was concerned, the PR Company:

• Organized a celebration for Starbucks 3rd birthday in Greece, where customers had an active participation
• Presented the people behind the brand, through a program of personal interviews of Starbucks associates in Greece
• Launched the first Starbucks store in Larissa and designed a program for its acceptance by the local community and authorities.
• Designed and implemented creative partnerships with selective radio media (Best Radio & Village FM) and a popular free press (Metro newspaper)
• Over and above, Publicis Consultants | Athens succeeded in connecting Starbucks Greece with music, through various creative collaborations

In conclusion, the program "Starbucks... in the real sense" was awarded with the Grand Ermis PR Award, as it was a complete showcase of almost every public relations practice. This was indeed a complex program, which illustrates a clear strategy and a multi-faced management.

It succeeded in building the brand’s name and communicating the core Starbucks values, by using exclusively public relations tools. It also managed to adjust the qualities which have made Starbucks an internationally known and adored brand into the Greek people’s habits and way of life, by giving it a character that was familiar and friendly to the Greek public.

Finally, the program projected the social dimension of the brand, in an indirect and credible manner, as such social work must always be presented.

For all these reasons, the committee of the Ermis PR Awards acknowledged that this project was the most representative one of the best public relation practice exercised nowadays in Greece and decided to award it with the highest distinction in our sector, the Grand Ermis PR for 2006. 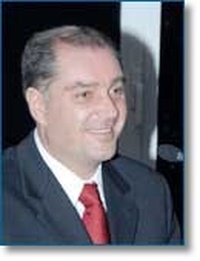