The Pursuit of ABN AMRO

Alongside RBS and Santander, Fortis was one of the three partners of the Consortium that successfully made a bid for ABN AMRO. The six-month acquisition process (from April 2007 until October 2007), involving the stakeholders of all parties, another bidder, many investment banks, legal and PR-advisors, and multiple regulators, created a uniquely challenging communication stream, with some interesting observations for future exercises.

Even before any public announcement, and as one of the initial work streams, the communication professionals got together and sat around the table. It was critical that we quickly established contacts and agreed procedures. What followed was a period of intense communication – and getting to know each other very early on contributed to the flawless execution of a complex communications exercise, with a lot at stake.

Daily coordination, collectively and bilaterally when needed, was essential, given the permanent stream of news developments. Sharing with each other what stories and rumors had been picked up about each other, helping out where possible in the briefing of the respective journalists, explaining ‘do’s and don’ts’ of our respective local media markets, were all examples of how the three parties working together proved invaluable.

…While taking your own responsibility

While from the start the Consortium operated as one (with Merrill Lynch as the coordinating investment bank), each of the members had also separate communication challenges, to be aligned within the overall consortium objectives.

Fortis used an intensive communication mix to all stakeholders to alter the image of what some commentators described as ‘the weak link’ to the positioning of an essential partner in the bid. As the smallest partner, Fortis was an easy target for systematic rumors. It was a deliberate choice of Fortis not to react to negative attacks, but only to communicate at key moments. The objective has been to focus on a set of key messages, taking the long term perspective and aimed initially at employees.

Communication to shareholders consisted of a mix of press releases (in total 47 Consortium or Fortis releases), targeted media interviews, advertisements and road shows in which around 250 institutional investors were briefed (80% of all Fortis’s institutional investors). The latter was organized in three waves: first after the announcement of the bid, then before the essential Shareholder Meetings and finally to explain the one but biggest rights issue ever undertaken (EUR 13 billion), during a period of significant volatility in the market. The response in both the Shareholder meetings (up to 96% favorable) and the rights issue (almost 98% acceptance in the first phase) demonstrated overwhelming support at both key stages.

Next to traditional internal communication tools and targeted media interviews, interactive dialogues (online in four different country editions) with Fortis staff identified the most frequently asked questions and answered them collectively. The response to these interactive dialogues was enormous, with on average 6,000 respondents, around 50% of which came from the Netherlands. The Consortium partners also launched a website to reach out to ABN AMRO staff. The site attracted almost 40,000 visitors in the first four days.

In the past (up to the 1990’s) there might have been in some countries a greater freedom to communicate with the media about the ongoing developments in an acquisition process. But the rules of the game are now completely different. We operate today in an extremely regulated environment, to protect the market, the financial industry and society as a whole. This has an impact on communications, in particular that all official communications on the bid firstly needed the approval of the Dutch market regulator.

The publication of the proposed offer at the end of May therefore came as a tremendous relief to all three consortium members. People worked around the clock to prepare and agree multiple documents in support of the bid including press releases, speeches and presentations to the investor community. Upon release of the offer documentation we were able to enter into a more open dialogue with staff, the media, analysts, investors, politicians and customers.

The need for speed

With national and international press following two to three stories a day, 24/7, the immediate circulation of information and appropriate positioning, between negotiators, spokespeople, and consortium partners, was of paramount importance. Fortunately, electronic devices these days allow instant reaction wherever, whenever.

Availability at all times was also essential – news flow was often at irregular times and from unexpected sources. For instance, the first paper to report that Barclays, a British bank, had invited ABN Amro to discuss the terms of a possible merger was a Sunday newspaper. Also, it was the on-line version of a UK newspaper that, late on a Friday afternoon, first reported that Fortis, Royal Bank of Scotland and Banco Santander had sent a letter to ABN Amro asking for information so that they could put a proposal together.

For Fortis, the whole acquisition process has created a platform to increase Fortis’s visibility tremendously (with systematic daily mentions across the globe, sometimes up to 1,000 times a day), positioning it as entrepreneurial, courageous, and European, reflecting its strategic positioning.

At this stage, the integration of ABN AMRO into the three banks is still being planned. A specific communication process is just developing and will definitely form the subject of future contributions. Our work is far from over. 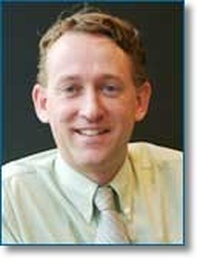