John Orme, president of Shunya International, Porter Novelli’s new partner agency in China, has been living in Beijing for the last 12 months, developing the agency’s resource base to handle international and national client needs.

There’s a new tool in town – the China Statometer. Take any number greater than 100, (just add a few zeros), add a noun (cars, hotels, airports, westerners writing ‘Inside China’ books), a verb (being built, planned, produced) and finish off with a period of time – day, week, month or year. The result will be an impressive statistic that will amaze your friends, and will probably be close to the truth!

With a huge National Ministry of Official Statistics, it is possible to describe every aspect of Chinese life in numbers. Take the recent Chinese New Year holiday week, ushering in the Year of the Rat. Like all Chinese celebrations, the boom, dazzle and tang of fireworks were everywhere, night and day, during the week. One of the most memorable statistics to emerge was the fact that the weight of used firework casings collected by the country’s road sweepers had gone up by around 7% from the previous year!

While that’s all well and good, here are a few statistics of greater relevance to us in the communications business.

Advertising: China’s advertising market had reached $48 billion and moved up to the second position in the world by the end of 2006, then grew a further 20% in 2007. With the Beijing Olympics in 2008, advertising industry revenues will soar again this year.

Public relations: There were approximately 3,000 professional PR companies in 2006 with a communications market size of more than $1 billion. The Olympics is expected to kick off a corporate branding communications wave, with famous global brands pouring investment into the games and related sports marketing.

Online: According to CNNIC, China’s netizen community reached 210 million by the end of 2007. Figures from iResearch show that, China’s Internet online advertising market reached around $1.4 billion in 2007, up 75% on the previous year. For predicted growth rates consult your China Statometer.

The speed of future growth

So what’s going on? Can an entire country’s economy be on steroids? What’s going to happen after the Olympics? Very simply, growth will continue, but at a slightly more reflective pace than the last few years.

China is currently experiencing a period of acute social transformation. The rural areas are emptying as cities expand and new towns are built at an astonishing rate…One real stat: to enhance the inland infrastructure, China will build 120 new airports in the next ten years!

This social revolution, driven by rapid increases in average per capita income, means that the expectations and demands of Chinese consumers in the fields of housing, consumer goods, tourism, wealth management and healthcare are at full throttle.

It is this personal and social transformation that is having the biggest impact on the communications landscape in China. Seasoned industry watchers are predicting a golden age – certainly a golden decade – for the communications industry as increasing numbers of local communications companies get their first taste of internationalization.

The challenge of this golden decade will be to manage the differentiation and integration of communications. Differentiation is the first lesson PR companies in China are learning from their international clients and partners – consumer markets dictate that brands, services and organizations must be differentiated to stand out as consumer choice increases, driven by discretionary spending.

Integration is the fascinating piece in the communications jigsaw. Agencies in the west have agonised over this for millennia (well, it feels like it), while the Chinese PR industry has a very good chance of getting closer to the target in a few decades. Take the experience of Shunya International, Porter Novelli’s new partner agency in China, as an example. Shunya International’s managing director, Michael Song, explains.

“With severe market competition, clients have started to get interested in the concept of ‘mega marketing’, connecting the chain of public relations, advertising, events and marketing. Segmented agencies increase communications cost and inefficiency, with the risk of messaging and tone of voice breaking down during the execution of a marketing strategy.

“As a solution, Shunya has recently realigned its disciplines under the ‘Power of One’, meaning that we can offer clients one-stop services including advertising, PR, events and digital marketing to provide integrated solutions.”

A key component of this integrated ‘mega-marketing’ approach is digital marketing, given the scale and pervasive nature of online life in China. While China is still trailing western countries in its approach to traditional communications, everyone is starting from the same point with digital and interactive marketing. 2007 growth in China was up more than 60% on 2006, and already the industry in China is looking at mobile marketing as the next specialist area to be folded in to an integrated range of services.

“We set up a Digital Marketing business team at Shunya, last year, and by effectively integrating traditional communications business and digital business at the core of client servicing, we aim to achieve 20% of our total income from integrated Digital Marketing activities by the end of 2008,” says Michael Song.

A footnote on China’s process of transformation. Professional communicators around the world are getting more tuned in to the need to understand the social and cultural environment within which consumers and other audiences get their information and make their decisions. In China, this becomes a fascinating challenge. One of the major social/cultural questions for today’s new working and consuming generation is: which belief system will replace traditional communism in their life?

I have talked to a number of new colleagues in the communications industry on the client and agency sides, and they all identify with this question. Most of them lived through China’s political realignment as they approached their teens, and they talk movingly about the need to find something to fill the void. Capitalism doesn’t do it for them on its own – it is a way of earning a better living than their parents, and providing well for the extended family around them. Many Chinese are exploring a variety of different religions, and others are looking into the art, crafts and skills of China’s past to find an anchor point for life in the fast lane of consumerism.

Brands and organizations that truly understand and connect with this veiled aspect of Chinese life will stand a good chance of adding to China’s amazing array of growth statistics. 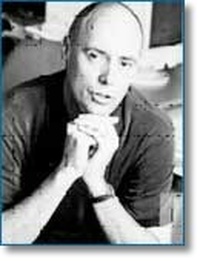