No organisation today is immune from a potential scandal, particularly if your brand is aligned in some way with the business of sport. Bridget Marcou offers guidance on keeping brand damage to a minimum in the event of a crisis.

Last year, we witnessed another round of fresh allegations and revelations around the globe, culminating with the public admission by US Olympian, Marion Jones that she had taken performance enhancing drugs during the 2000 Olympic Games, an admission which saw her stripped of her Olympic medals.

In Australia, news of Australian Rules footballer, Ben Cousins’ drug abuse was third only to the national drought and the federal government election as the most reported media story of the year, with Cousins enduring months of relentless scrutiny from both the media and the public.

To date, the relationship between a sport, its sponsors, members and media has largely been seen as the realm of the sports marketer, often spruiking [an Aussie word for ‘promoting’] the line of ‘selling the sizzle and not just the sausage’. But what happens in times of crisis when the sausage goes bad?

To deny your star athlete or chief executive legal representation during such a crisis would be deemed negligent – particularly when you consider that sport is now a business worth in excess of $10 billion in Australia alone.

How the crisis plays out

But, it appears many sporting organisations are yet to realise just how much the public’s erudite opinion is based on how the crisis plays itself out in the media, and that communications plays an invaluable role in protecting a brand during a crisis.

An athlete’s potentially libellous bluster or a lawyer’s ‘no comment’ to media will do nothing to protect your brand – in fact, either response could do it irreparable harm. To manage through a crisis without PR support is to court disaster.

More often than not, what an athlete is prepared to say is contrary to what the media wants – if not the media then sponsors, supporters, members or governing bodies. The public relations professional works with an understanding of all those audiences to ensure any comment made, assists all but the most scurrilous of journalists, while mindful of those who are personally and financially invested in the sport.

Like a good journalist, a competent public relations professional adopts a balanced approach. It’s not about a positive ‘spin’, but about acknowledging any transgressions and putting a communications strategy in place that addresses the wrongs and sets a path for an athlete/team or sport to repair their reputations without the crushing burden of negative media.

And sport, like all of us who love it, has its flaws. When those flaws are exposed, they’re done to a captivated audience of millions. What better place to demonstrate your commitment to righting the wrongs than to this very audience? And more often than not the media is used as the vehicle.
Preventing a situation developing from an issue into a crisis involves completing thorough research and planning.

So, when’s the right time to plan for a crisis? The answer is now. In effect, marketers should always be in the prevention stage of crisis management.

There are many people potentially affected by any crisis, and each of these will want to know the facts as soon as possible; and in the absence of such facts, your brand could be damaged.

If an organisation is prepared in advance to respond to those needs promptly, confusion and damage is minimised.

The better a management team is prepared, the better it will be able to communicate and contain an incident before it becomes a crisis. This is vital for anyone running a successful business in today’s crisis-prone environment. In fact, for a senior manager, it could be job insurance!

So is your organisation prepared for a potential scandal?

• How well is your company prepared for the next crisis or public litigation?
• When was the last time your team reviewed your existing crisis plan?
• Are you wisely using your “peace time” to prepare for the inevitable conflicts that erupt at some time in the life of any company?

From the moment a story emerges, there is that ‘golden hour’ - the time between when you control the story and when other parties take the story, shape the crisis and the public’s perceptions of your organisation.

It is in these critical moments that you must convince the media that you’re the best source of information. It’s here where you’ll either gain or lose all control of your crisis.

What the public wants

So, what’s the message? When a crisis hits, the public only wants to know three things: what went wrong, how it will be fixed, and what will happen to ensure it doesn’t happen again. The core message will always be wrapped within these three areas, and stick to the cardinal rules of crisis communications: tell the truth, tell it all, and tell it fast.

Because everything you say or do, can and will be held against you in the court of public opinion.

And once you’ve lost control of the debate, you may never be able to get it back.

Former US President John F. Kennedy, a man not unfamiliar to public scandal himself, once noted that when written in Chinese, the word crisis is composed of two characters – one represents danger, and the other represents opportunity. 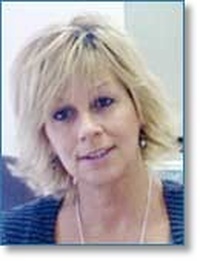 No organisation today is immune from a potential scandal, particularly if your brand is aligned in some way with the business of sport. Bridget Marcou offers guidance on keeping brand damage to a minimum in the event of a crisis.