The ‘So-What’ of PR Measurement


For impact analysis expert Angela Jeffrey the ‘So-What’ of PR Measurement – as in ‘so what does this really mean?’ – is key to correlating communication activity to business outcomes.

After 20 years in the fields of PR and advertising, and another 10 in PR measurement and evaluation, I remain convinced that competitive analysis is by far the best way to see the effects of non-paid media on business results. In my last ten years in media analysis, I’ve seen all kinds of complicated formulas, “black-box” technologies and “click-wow” products, but am amazed none rival the simplicity and ease of the basic “Share of Discussion” formula that was made public to the industry several years ago.

I am going to share that formula with you shortly, but first, let’s dig into the research that is behind it. I will pull directly from two white papers I had the privilege of co-writing with my colleagues at the IPR Commission on PR Measurement and Evaluation, Dr. David Michaelson and Dr. Donald Stacks.

This research was compiled from more than 200 studies executed by VMS and utilizing more than 10 million clips. The first paper focused solely on whether or not media coverage volume itself had any impact on outcomes, while the second went on to look at competitive share, and whether or not it further refined the relationship.

While neither of these two papers claim proof of causality between media coverage and business results, the case studies cited offer very high correlations, which indicate a relationship between the two. The papers can be accessed by contacting me, or at http://www.instituteforpr.org/

Does media coverage volume have an effect?

So first, does getting more publicity do anything for your organization? The initial case study looked at a 47,000-clip campaign encouraging women to get mammograms for the early identification of breast cancer, with correlations to patient visits. Indeed, correlations were very high suggesting that yes, volume does impact results. [Correlations used the Pearson Product Moment Coefficient (r=X), which is a measure of association describing the direction and strength of a linear relationship between two variables, as defined in The Dictionary for PR Measurement and Research, available at http://www.instituteforpr.org/. A perfect correlation is an r=1.0.] However, this was a very neutral, non-competitive study which is fairly rare in the real world, so the next one looked at Tonality.

A rash of very negative publicity on the ineffectiveness of cough medications by a national physician association caused an enormous dip in sales. However, an increase in physician visits and allergy medication sales could be directly attributed to that same publicity, which cited the helpful drying effects of allergy medications and recommendations to ‘see your physician.’ Clearly, negative volume can be seen to correlate inversely to desired outcomes.

Finally, we looked at the effects of Message with a bladder-control pharmaceutical product that initially had only modest correlations between media coverage and prescription volume … until we focused on coverage containing at least one of six key messages. Indeed, key-message volume correlated at a high r=.97. However, further researched showed that only two of those messages were driving this relationship! Bottom line – making sure you have the right key messages in a story affects the impact of the campaign.

Okay, so we have now seen that positive, on-message media coverage seems to have an effect on outcomes. But what happens when competitive products, services or concepts are a major factor?

Rather than looking simply at “Share of Coverage,” which is basically a comparison of simple clip quantities, we looked at “Share of Discussion,” which adds refinement of story Tone. Share of Discussion (SoD) is defined as the quantity and quality of an organization’s non-paid media coverage compared with that of its competitors.

So – Share of Discussion is basically the comparison of an organization’s net-positive (Net Positive scoring, explained in more detail below, is figured by subtracting negative coverage from positive + neutral) media coverage VS its competitors’ that seems to work best, and of course, and even more so when coverage is on-message, prominent, and otherwise of excellent quality. We looked at four case studies, two of which are illustrated below.

The second focused on a five-year study of a Hormone Replacement Therapy, in which the prescription volume per-woman had dropped precipitously, leaving a $1 billion loss against projections. The PR staff had tripled publicity, and marketing, advertising, promotion, pricing and distribution had remained stable. A Share of Discussion study finally identified the problem … herbal supplements had increased the size of the product category by five times! So the PR department received a 350% budget increase to regain share instead of the planned budget cut.

Two additional cases dug into a business-to-business case (comparing SoD to sales-closing ratios) and a consumer packaged goods market-mix model (comparing SoD to sales). Both told exciting stories of how competitive analysis yields clarification of impact on results when other less-precise measures may not have told the tale.

The following steps are taken directly from “Exploring the Link between Share of Media Coverage and Business Outcomes” at www.instituteforpr.org:

1. Capture media coverage of the organization and its competitors.
2. Calculate media values or audience impressions for all stories. (If using values, be sure to only count the portions of each story actually owned by each competitor.)
3. Measure the tone of each story. Then, add together all neutral and positive media values or impressions, and subtract all negative, to getnet favorable results.
4. Divide each company’s net favorable results by the total of all competitors to obtain Share of Discussion.
5. Plot Share of Discussion at monthly, quarterly or annual intervals on graph paper or in a software program, and plot sales, customer preference, or other outcome measures at the same time intervals.
6. The lines should trend together with adjustments for sales cycle time lags. (For example, in pharmaceuticals, the time-lag might be three months; in computer sales, perhaps six months.) Exact correlations can also be generated in a statistical program.
7. Finally, track results over time.

First, there’s not room here to show a full description of this method, so I heartily encourage you to get the free white paper cited above.

Second, I trod on ‘holy ground’ with my allusion to “media value.” Truth is, we’ve now looked closely at which “volume” metrics work best when correlating to outcomes, and the much-maligned “AVE” or “media value” works best, at 25% over clip counts, and 12.5% over audience impressions. Additional case studies will be shared in a separate IPR Commission white paper due out in 2008 suggesting new implications for the proper use of this type of data.

Third, because of new measurement methods including artificial-intelligence (with human analytical oversight), Share of Discussion can be amazingly cost-effective.

Finally, be cautious in selecting measurement vendors who offer to analyze your clips in a gazillion fancy ways, none of which matter anyway. For example, it’s nice to say to your boss, “wow, 90% of our coverage includes key message points,” but to correlate, you’ve got to include both quantitative AND qualitative metrics. 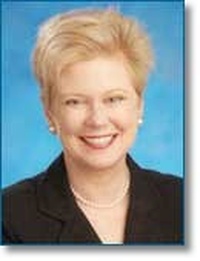