Lessons from the Chinese Blogosphere


As the eyes of the world focus on Beijing for this month’s Olympic Games, Tim Gingrich looks at the growing ‘people power’ of social media in China.

Chinese society places a strong emphasis on relationships. It may be some time before a poke on Facebook replaces a pot of green tea as the preferred method of striking up conversation. But social media is nevertheless making powerful inroads in China.

As a resident of China – and a blogger - I have experienced first-hand the role the Internet is playing in people’s everyday lives. We have all heard stories about blocked Web sites and banned blogs. But the Chinese blogosphere, for the most part, is not about using the Internet as a platform for political activism. Blogging, as in other countries, is primarily personal.

The great majority of Chinese blogs serve as an author’s journal on life; a hub of activity for enthusiasts of an art, sport or hobby; or simply a channel to share knowledge on travel, dining, movies, consumer electronics, etc. Together, they comprise a booming, digital trend.

Examples of online political activism also exist, but because blogs often involve one identifiable author, they can place the adherents of controversial points of view in a precarious position with authorities. There have even been moves toward a real-name identification system on blog sites. So it is not surprising that there is a resurgence in the popularity of online Bulletin Board Systems (BBS), a social-media platform that pre-dates blogs but allows the masses to register their comments and complaints, anonymously if desired.

However, this does not mean that Chinese social media is without controversy. In reaction to reports in Western media about China’s handling of civil unrest in Tibet, which many Chinese perceived to be inaccurate and biased, the nation’s netizens made a stand … on Microsoft’s popular instant messaging application. Within days, nearly every name on my contact list displayed the masses’ adopted motto: “I (heart symbol) China.”

One grassroots group even created a Web site, Anti-cnn.com, which denounced the news network’s angle on the issue. Later, CNN issued an apology for negative statements made by one of its commentators, Jack Cafferty.

How then to harness the people power of social media in China?

My own blogging experience is a testimony to Chinese netizens’ high level of online engagement. I began my blog to chronicle life in China for readers in the West. But before long, Chinese readers equaled those from outside the country. Realizing the world’s largest audience was here in the same hemisphere, I gave the site a new Chinese brandmark and began to introduce more Mandarin content.

Another opportunity is the great demand for multimedia content in China. The silver screen has felt the effects of government censorship much longer than the computer screen, so video-sharing sites, offering the world’s best flicks for free, beat both the boring scripts of state-sanctioned soap operas and the price, albeit low, of knock-off DVDs.

Businesses hoping to use the Internet to promote their product can use this to their advantage. Creating electronic, branded content - video commercials and MP3s - specifically with user-driven, online distribution channels in mind can help businesses truly harness the power of social media in China as Internet users pass it along.

Finally, blogs and BBS should be considered part of the media mix in China. These populist online forums are a great place to gauge public opinion. And as in any country bloggers should be treated with the same respect that one would afford a print journalist – and sometimes more. These Internet influentials are not doing this as part of their job, but rather out of their interest.

Social media has proved, more than anything, that people are the Internet’s ultimate application. China, with the world’s largest population, promises to push the power of social media to the 1.3-billionth degree. So going forward, it is just as important to watch how Chinese netizens shape the development of social media as it is to see how social media transforms Chinese society. 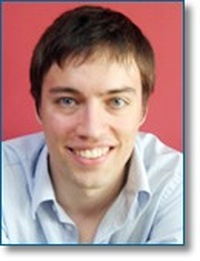 Tim Gingrich is marketing services executive for global PR firm Weber Shandwick’s Asia Pacific network. He is responsible for carrying out the firm