Shining a Light on Sight


Leslie Gottlieb offers up a public relations prescription for an international health epidemic.

There’s a big problem. The U.S. is on the verge of a vision loss epidemic, and internationally there is a global crisis in vision loss. Yet few media outlets are paying attention.

What’s the Solution? Not easy. But at Lighthouse International, a 103-year-old leader in fighting vision loss and helping people who are blind and visually impaired, we have been using some PR tactics for the past few years that are beginning to make a dent and that might be useful for colleagues facing similar issues or challenges.

Here are some of the facts of international vision loss epidemic:

• The World Health Organization estimates that 161 million people worldwide have vision impairment. Of these, 37 million are blind and 124 million have low vision.
• The number of people with low vision — 124 million — is expected to double by the year 2020 (Vision 2020), as the baby boomer generation ages, people live longer and conditions that cause low vision such as diabetes are affecting even the very young.
• 80% of global blindness is a result of five preventable or treatable conditions: cataract, refractive error, trachoma, onchocerciasis and vitamin A deficiency. (Vision 2020).
• In the US, 16.5 million people age 45+ self-report some form of vision impairment even when wearing glasses or contacts (one in six, or 17%). By 2010, this figure will grow to 20 million. (Lighthouse National Survey on Vision Loss)
• Twice as many people in the U.S will be blind in 2030 as there are today. (Prevent Blindness America, 1998-2000)

So the problem is huge. It is national and global and has enormous implications for individuals, for the healthcare system, for businesses, the economy and many aspects of our society.

Here are some of the ways we are tackling it from a PR perspective at Lighthouse International:

First, since reporters and producers are always interested in the latest trends – especially trends that have been underreported – we compiled many of these statistics and profiles of patients and pitched it to major print and TV outlets and had interest from some outlets and educated many more.

Second, we segmented the audiences into two key groups: eyecare trade publications and influential outlets such as network TV, the New York Times and news magazines. We pitched a story to a reporter, for example, who writes for Architectural Digest about the implications of vision loss for builders and architects as their aging clients have different vision problems and issues getting around the house etc. The result was an article in Architectural Digest that was also reprinted in Business Week. It stated in part, “Architects are slowly waking up to the low vision epidemic…while remedies are easily at hand.” May 31, 2007.

Third, we pegged stories to the calendar. For example, back to school is a prime time for interest in children’s eye health. We achieved segments on WallStreetJournal.com and other outlets. Also, World Sight Day in October is marked in the U.S. and internationally and we created an event around the occasion which got media interest.

Fourth, while we have been very proactive, we have also been reactive. We reacted to printed articles about vision loss with letters to the editor that underscored the vision loss epidemic. Our letters appeared in major influential publications such as The Wall Street Journal and New York Times reaching our target audiences.

Fifth, to get more information about the trends and to make our story fresh and newsworthy, we did a survey of baby boomers and found that nearly two-thirds of U.S. baby boomers – 62 percent, or 46.9 million people – said they are not concerned that they will become visually impaired or have vision loss that cannot be corrected by glasses, surgery or medication. However, 12 percent of them (9.1 million) actually report having some vision trouble such as reading ordinary newspaper print even when wearing glasses or contact lenses. This gave us an opportunity for more media coverage and we had a good response in trade publications.

A sixth key tactic has been to forge and create alliances and partnerships. We sought out organizations that have similar interests such as the American Diabetes Association and held a high profile event and did media interviews together. We also created partnerships with key media outlets such as top New York radio stations which are a very popular medium for people with vision loss.

The results of these tactics and concentrated outreach have indeed been an increase in media coverage and public awareness. It has not been linear but it is accumulative. In two years several major media outlets have dealt with this issue – such as U.S. News and World Report, CBS Evening News and the New York Times. I now get more unsolicited calls from reporters about vision loss than I did before and I believe the number of requests and amount of coverage will increase.

Ultimately, this coverage will help our vision rehabilitation programs that serve the growing number of people with vision loss: people who will need our assistance to live independently and productively in the years ahead. 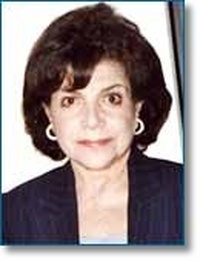 Leslie Gottlieb is a seasoned strategic communications expert who has worked for numerous high profile non-profit organizations and is Director of Communications for Lighthouse International in New York City.