The shockwaves of Brexit will be felt for a long time to come. What can communications professionals learn from the manner in which the campaign played out? By Simon Lewis.

Much has already been written about the seismic decision by the British people in June to leave the EU in the second ever referendum held on the issue.  Understandably the focus has been on the political and psephological questions – was it right to hold the referendum at that time, or at all?  Why didn’t more young people vote to stay in the EU and why was there such a discrepancy in voting patterns between London and the other big cities and the rest of the country?

These are all important and interesting questions which will no doubt be addressed by analysts and academics. But for communications professionals there are some equally important and challenging lessons to be learned from the referendum campaign and the result itself.

Some of these lessons fly in the face of what have been considered to be the tenets of modern communications and it’s worth considering what are probably the five most interesting points.

First, in the age of an increasingly omnipresent internet media, the weight of traditional media opinion was very much in favour of the UK leaving the EU. Most notably the Daily Mail, Daily Telegraph, The Sun, Sunday Times and the Daily Express were united in the view that exiting the EU was the right decision for the UK and their news coverage and headlines and editorial stance was very much focused on seeking to secure that decision.

It is a generally held view that it is very difficult to win a general election if traditional media opinion is against you.  In recent years, UK political leaders Neil Kinnock, William Hague and Ed Miliband have all suffered from this problem. In the US, it affected John McCain and Mitt Romney in their presidential campaigns.

However, in this campaign there was a view that newspapers were not going to have the potential to influence the outcome against the whole range of internet and online media.  We have to assume that the weight of the newspaper opinion did actually help to shape the thinking of a significant section of the population, particularly as newspaper reading is a preserve largely of people in their fifties, sixties and seventies, who we know turned out to vote more significantly than their younger counterparts.

Secondly, the power of political slogans to capture the mood and, like a Swiss army knife, to be used in different configurations, was noticeable.  The great advantage in communications terms of the idea of “taking back control” was that it could be applied to any issue in the campaign including the economy, immigration, the constitution and other issues of concern.

We know from other political campaigns including Obama’s “Yes We Can” and Tony Blair’s “New Labour New Britain” that a powerful political slogan can have a disproportionately significant effect on the outcome of a campaign.

Thirdly, we saw the return of old style political meetings.  Up and down the country people attended, generally well-behaved, events to hear the arguments for and against the UK leaving the EU.  The power of political oratory was undoubtedly a factor in the campaign and of the meetings I attended during the campaign it was clear how significantly the views in the audience were being changed or adapted during the course of the event itself.

Fourthly, given the chequered reputation of opinion polls during the 2015 UK general election, and in light of the difficulty of delivering accurate opinion polls in a referendum, it was interesting how little of the media coverage in the campaign itself revolved around the opinion polls and what they were predicting.  On one level this allowed much more focus on the issues themselves and ensured it was difficult for one campaign or another to build up momentum.  It also made the actual result even more of a surprise.

Fifthly, the idea that third party endorsement is an important part of an election campaign was tested most severely.  In the referendum campaign the vast majority of business leaders, politicians, celebrities and other high profile individuals were publicly in support of the UK not leaving the EU, as manifested in letters to newspapers, posters and other communications.

The net effect of this in communications terms probably played very much into the leave campaign, as it reinforced the anti-elitist opinion that drove much of the negativity towards the EU and hence the voting itself.

What these lessons tell us is that the world of political communicators is changing.  We are seeing this in the US with the populist Trump campaign and throughout Europe with the rise of populist parties who are benefitting from political sloganing and old style political rallies.

We now live in a world in which some of the most trusted rules of communications are being challenged and rewritten. This in turn has significant and interesting implications, not just for the future of political communications but for the wider public relations industry.

What breed of professionals will we need in the future to understand and advise on these changes?  How will public relations itself have to adapt to this new world?

The public relations industry has itself become part of the elite against which many voters are reacting across the world.  This is ironic because public relations was once an upstart industry and should, therefore, be in a good position to understand and interpret the implications of the trends described above.  That is the challenge for practitioners. 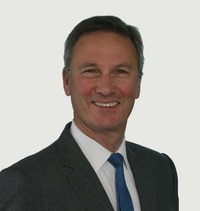 Simon Lewis, OBE, was appointed Chief Executive of the Association for Financial Markets in Europe in October 2010. Previously, he was Director of Communications and the Prime Minister’s Official Spokesman at 10 Downing Street. He has held a number of senior corporate roles including Director of Corporate Affairs at Vodafone, Centrica and NatWest. Simon was appointed as the first Communications Secretary to The Queen in 1998.