Brand characteristics and local cultural norms both have a bearing on whether and how to adapt your messaging. By Kara Alaimo.

Adapting a public relations strategy for a new global market often requires making major changes to account for cultural differences. As part of the research for my book Pitch, Tweet, or Engage on the Street: How to Practice Global Public Relations and Strategic Communication, which was just published by Routledge, I asked senior public relations professionals in 31 nations how they advise global organizations to adjust their strategies when communicating in their countries. Here are three of the most important things to consider when practicing public relations in a new culture:

Do I need a global or international public relations strategy?

You can either implement a single public relations strategy around the world (a global approach) or craft different strategies for different countries and cultures (an international approach). The benefit of an international approach is that you are unencumbered by concepts that do not make sense for your target audience. Because you focus single-mindedly on the country or culture at hand, you are more likely to arrive at a strategy that will be effective in its target market. However, your client will lack a coherent global identity and the cost of starting from scratch in every new environment will often prove to be prohibitive for many organizations.

Practitioners who implement a global approach believe that there are certain best practices and messages that are generally successful across countries and cultures. For example, the researchers Geert Hofstede, Gert Jan Hofstede, and Michael Minkov note that part of human nature – which we all inherit in our genes – is “the human ability to feel fear, anger, love, joy, sadness, and shame; the need to associate with others and to play and exercise oneself; and the facility to observe the environment and to talk about it with other humans.” Global messages can appeal to these common experiences.

The answer to whether you need a global or international approach will depend on your client. According to Research International, consumers place global brands into three categories:

What are key characteristics of the local culture?

Geert Hofstede has identified a number of dimensions on which cultures around the world differ which should inform how you craft your messages for different countries. One major difference is between individualistic cultures, which stress the importance of the individual, and collectivist societies, which place greater importance on the group to which one belongs.

The level of collectivism of a society determines whether your public relations messages should focus on the individual or group. For example, Coca-Cola launched its “Share a Coke” campaign in Australia in 2012 by printing popular names of Australian people on the outside of their cans – a practice they went on to replicate in many individualistic countries.

By contrast, in Japan – a collectivist and nationalistic society – instead of printing individual names on cans, the company printed codes which consumers could use to download music and share it with their friends, through a partnership with the Japanese company Sony.

Other cultural dimensions include the level of power distance (hierarchy), masculinity, uncertainty avoidance, long term orientation, and indulgence in a society – all of which have major implications for the types of public relations messages that will be successful. The “Compare Countries” tool on Hofstede’s website lists how particular countries rank on these dimensions.

What are best practices for communicating in this culture?

Best public relations practices vary significantly in different cultures. For example, in the United States, much of the content that gets re-tweeted and goes on to “trend” on Twitter is generated by the traditional media. Therefore, one of the best ways to go viral on social media can actually be to first influence the traditional press.

By contrast, Chen Liang, Account Executive for the global public relations firm Ruder Finn, said that, in China, many people do not view the government-censored traditional press as a credible source of news, and therefore turn to public figures such as actors, independent journalists, professors, and writers who have garnered reputations for sharing reliable information on their social media platforms. Partnering with these social influencers can be the best way to influence Chinese consumers.

My book breaks the world down into 10 different cultural groups and explains the public relations strategies, tactics, and messages that work best within each of them. 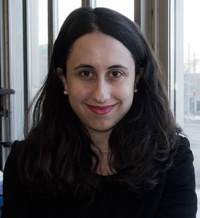 Kara Alaimo Ph.D. is a global PR consultant, assistant professor of public relations at Hofstra University, and former communicator at the U.N. and in the Obama administration. She is author of Pitch, Tweet, or Engage on the Street: How to Practice Global Public Relations and Strategic Communication. Follow her on Twitter: @karaalaimo.