Face Facts About the New Lotus


The Evora is the first new model from supercar company Lotus in over a decade. Ben Rachel explains how the launch put a smile on the faces of individualistic car lovers.

At the start of 2008, communications agency CMW was appointed to launch the Evora; the first vehicle from supercar brand Lotus in more than a decade.

Lotus had traditionally been positioned as an exciting high-end brand for car lovers and so CMW needed to build that same sense of buzz and anticipation for the launch of the company’s newest model.

The car, a four-seater coupe, was due to launch on July 22nd at the 2008 Motor Show in London and before that, both the design and the name of the car had to be kept top secret. Until that time, the vehicle was simply known as ‘Project Eagle’.

With budgets tight, CMW needed to generate a disproportionate amount of publicity around the launch of the Evora. As such, a traditional advertising approach was dismissed in favour of a ‘buzz’ campaign that would provide better value for money by generating free publicity through PR and editorial coverage.

CMW’s research found that the key target consumer for the Lotus Evora valued their individuality and would express this through their lifestyle choices, opting for brands which reflected these values and might sit outside the mainstream. The launch creative work would therefore focus on the idea that the Evora offered a more individual and unusual automotive experience for a special type of consumer.

Lotus played on this concept of ‘individuality versus the mass market’ by developing a campaign built around the tagline: ‘True character in a faceless world’.

CMW came up with an idea based around ‘faceless’ people; models wearing specially designed latex masks and black suits designed to highlight the contrasting individuality and character of the Evora.

“We chose an unconventional route with this campaign to create a big impact around the launch, which was a crucial one for Lotus,” says Martin Nieri, managing director at CMW. “We wanted consumers to reappraise Lotus and to build a sense of excitement about the car itself.”

The appearance of the models generated a considerable amount of interest and coverage. Footage of the faceless people at these events appeared on YouTube and the phenomenon was covered on blogs and social networking sites around the world.

As well as this, the mainstream press picked up the story and it was written about in the Telegraph, the Daily Mail, the Metro, and covered on BBC Radio 2 and in other leading media.

ABC News in the USA also carried a two-minute editorial on the phenomenon in early July. On this day, ‘faceless people’ ranked among the most searched-for terms in the US.

This experiential work was backed up by a microsite and search campaign, meaning that when ‘faceless people’ and other similar terms were searched for on Google, the top result directed users to www.facelesspeople.com, where a countdown timer ticked backwards towards the unveiling at the Motor Show. At the bottom of the page was a discreet Lotus logo.

On July 22nd, visitors to the site could watch the live unveiling of the new car through the facelesspeople.com microsite. The stream showed the faceless people surrounding the as yet still-covered car, only for them to disperse as it was revealed.

Once the launch had been completed, the microsite turned into a fully functional website for the Evora, featuring video footage, specification details and downloadable and streamed content including video footage of the car, images and wallpapers.

Visitors to the site both pre- and post-launch could also sign up to receive more information by email and, post launch, could also use the site to register their interest in buying an Evora.

In total and excluding coverage on blogs, the campaign generated 250 unique articles with a combined circulation of more than 290 million people over the six-week period. 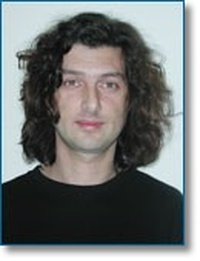