Amanda Glasgow poses a question that may seem paradoxical given the nature of her job.

Or at least, global public relations ain’t what it used to be.

Ten years ago, I’m told "global public relations" involved things like finding a globally recognizable spokesperson (I’m talking about you, beauty companies!) or hosting foreign journalists on some sort of editor trip (that’s you, travel companies!) or often, a well-traveled and well-educated fabulous senior executive who ran around the globe looking after what all the markets were doing (everyone else).

But ten years later a lot of things have changed. Let’s list some: the rise of social media, the influx of brands in heretofore closed off countries like China, the importance of the developing world and its disposable income, and the increasing sophistication of people in every country in terms of brand and marketing savvy. So for better or worse, the old ways don’t work anymore. Managing brands globally is a lot more complicated than it used to be.

On the most basic level global public relations doesn’t work because as most PR practitioners will tell you, the best PR is local. Good PR gets at insights that are specific to a consumer, or has a flavor that is distinctive to her country, her city, her neighborhood. Heineken’s Cannes Lion-winning "stunt" where they lured Milanese soccer fans to attend the world’s most boring concert on the night of the A.C. Milan v. Real Madrid football match worked precisely because it played to that city’s infatuation with the rivalry.

There are three key roles an efficient and effective global PR function should play: the shepherd, the scientist and the preschool teacher.

1. The Shepherd: In this role, the global PR team helps "herd" the regional and local teams in a similar direction by providing sound, insightful strategies to be customized and executed with the right "local flavor" and implemented in a way that amplifies the global impact. Often this comes in the form of a toolkit full of collateral, strategic guidance and tools.
2. The Scientist: Divining what will work in PR can be a black art. But a strong global team should look at what’s working at a local level and analyze it. By extracting the purest elements from successful work globally, it can be reapplied with an appropriate local flavor around the globe. For example, can we recreate the Heineken event in Milan by luring Boston beer drinkers to a concert the night of the Red Sox-Yankees game?
3. The Preschool Teacher: Every PR professional’s favorite job is the Preschool Teacher who makes sure work plays nice in the proverbial sandbox and keeps its hands to itself. Even communications intended to be local don’t stay local for very long (see Groupon’s giant thud of a Super Bowl ad as a recent and very relevant example).

When focused on these three tasks, the global function is at its best, and playing to its strengths. The brand is consistent globally, with no inefficiency in trying millions of little programs around the world. The brand in essence becomes its own test pilot system, learning what works and reapplying only what works, and with excellent and effective tools created centrally.

Ask the global public relations function to lead any more than this and an organization can become mired in bureaucracy, or even worse, a global brand can lose its local flavor and seem hollow and inauthentic. Any less, and the brand risks becomes disjointed, or even worse, disingenuous and polarizing.

So let’s raise a glass to the good old days of global public relations when problems stayed local and the global teams wandered the globe dictating strategies and lording over the implementation. I for one am happy to sit back, talk with my colleagues around the globe and help spread the wealth of good work. 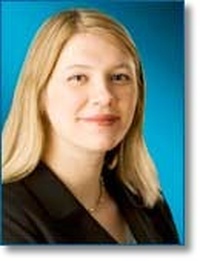 Amanda Glasgow, SVP, Personal Care Practice Director, MSL New York. Poses a question that may seem paradoxical given the nature of her job.