A tour of provinces near geological fault lines is the centerpiece of an ambitious campaign to boost uptake of Compulsory Earthquake Insurance in Turkey. By Duygu Cavdar.

In Turkey, where 96% of the land lies and 98% of the population lives on active earthquake zones, two thirds of structural damages caused by natural disasters in the last 60 years have been due to earthquakes. This fact was bitterly driven home once more by the earthquake in 1999, which hit the Marmara region, the country’s commercial and industrial hub, and caused a great loss in life as well as massive devastation.

While the government tried to compensate for the devastation on one side, on the other side measures began to be taken to reduce the material losses and the loss in lives the next time. For this purpose, the Turkish Catastrophe Insurance Pool (TCIP) was founded in 2000.

The mission of TCIP was defined as securing residences through affordable premiums against earthquake damage with the Compulsory Earthquake Insurance. The aim was to compensate for the material losses of residence owners due to earthquake, and to enable them to go on with their lives more easily.

The losses due to the earthquake in 1999 were all too easily forgotten added to which generally low insurance awareness in the country had a negative effect on the prevalence of the Compulsory Earthquake Insurance. It was first necessary to increase awareness among the public of the Compulsory Earthquake Insurance. Although it is sought in buying or selling property, it is not easy to include homeowners who avoid such procedures, and to have them renew their policies every year.

Consequently, TCIP decided to engage in a regular communication activity to enable extensive adoption of Compulsory Earthquake Insurance, and started to work with Grup 7 Communication Consultancy at this stage.

One of the greatest challenges faced by the organization was the difficulty in establishing communication regarding a devastating and horrifying subject like earthquakes. Another challenge was that the Compulsory Earthquake Insurance is not an area leading to new issues that can be used in communication. This restricted the ability of the organization to increase its visibility through articles in the press, and give messages about Compulsory Earthquake Insurance.

On the other hand, insurance awareness in Turkey not being adequately improved, it had to be explained to people that Compulsory Earthquake Insurance is not a luxury but a need, and then to encourage them to take it out. Naturally, it was also important to convince people by explaining that earthquakes do not always cause loss in lives, but lead to various degrees of damage in residences.

In developing the communication project in line with this objective, results were used from a survey commissioned by TCIP and conducted on a sample of 1,300 people across 16 provinces in 2009. The results showed that people thought it unnecessary to take out insurance because they believed that in an earthquake their homes would be wrecked and they would die anyway; that they needed to be given more information about the Compulsory Earthquake Insurance and earthquakes, and that they relied mostly on scientists as an information source.

Consequently, it was decided that face-to-face communication was the best method to create awareness about the earthquake and ways of protection from the earthquake in general and the importance of insurance and the Compulsory Earthquake Insurance in particular, while having reflections in the press. The best way of gaining the public trust during these efforts was to coordinate with an institution that is very reliable in the subject of earthquake.

The Faultlines Trailer on its way

TCIP established cooperation with the Boðaziçi University Kandilli Observatory and Earthquake Research Institute (KRDAE), and initiated the Faultlines Trailer project. Within the project, provinces along the fault lines would be visited with the earthquake simulation trailer belonging to KRDAE, and with the support of local public institutions, the public as well as primary, secondary, and high school students were offered training about earthquakes and the Compulsory Earthquake Insurance.

The earthquake simulation trailer made its first tour taking 50 days between May-June 2010 along the North Anatolian Fault, and the second tour taking 53 days along the West Anatolian Fault between September-November 2010. Covering a distance of more than 7,500 km in these two tours, the trailer visited 46 centers including 30 cities and 16 towns.

The training team consisting of 10 experts from the KRDAE gave three seminars a day, and a total of 220 training seminars during both tours. In these seminars where experts talked about the earthquake, measures of protection against the earthquake and the Compulsory Earthquake Insurance were attended by local administrators as well as teachers, students, and the public.

In addition to seminars given by trainers from the KRDAE, well-known and popular psychologist Prof. Dr. Üstün Dökmen visited the provincial centers and talked about the chaotic results the procrastination psychology will cause in a country under earthquake risk, as well as ways of preventing these. He encouraged audiences to secure their homes through the Compulsory Earthquake Insurance.

Following the seminars, all participants were instructed about the correct behavior during an earthquake through applied earthquake training in the simulation trailer. Following training in the hall and this applied training, the Earthquake Preparation Training kits titled Earthquakes will Come and Go, Life will Go On prepared in consultation with KRDAE experts were distributed. Participants who replied to a question about the Compulsory Earthquake Insurance were presented with an Earthquake Bag including first aid materials needed in an emergency or earthquake.

The kit included a booklet about earthquakes, measures for protection against an earthquake, as well as a movie about TCIP and its mission in order to build trust for the institution, and an animation showing how to take out the Compulsory Earthquake Insurance, and how to claim for damages when they occur.

The project was launched in a meeting in front of the Faultlines Trailer on the first stop, with the attendance of TCIP Chairman and members of the board, and journalists. The launch was widely reflected in the press. Furthermore, before visits, local press in all the stops along the route were sent an invitation, followed by a press release including attendance figures after the visit. Information about total attendance figures was also shared with the national press in certain stages of the project. Furthermore, interviews were given to local and national press about the purpose of the project. Thus, significant visibility was achieved in both national, and the local press.

Members of the Board of TCIP visited certain provinces and met with local administrators. During the discussions, information about the number insured in the province where shared, and local administrators were asked for their support in increasing take up.

Through its two tours with the trailer, TCIP reached 110,000 people directly. The intense interest shown by the crowds attending the activities made the project team forget about the exhaustion of the trip. When the public saw that TCIP was not a distant public institution, but a center that they can contact whenever they need, their confidence in the Organization and the Compulsory Earthquake Insurance increased.

TCIP’s Faultlines Trailer project achieved great success not only with the number of people reached, but also with the 250 reflections in printed and visual media. With these articles, an agenda was created for the general public.

The success of the tour conducted on both fault lines in terms of the number of people reached and the number of reflections in the press encouraged TCIP to continue the project. The organization will visit the provinces along the Southeast Anatolian Fault and reach another 50,000 people directly under the project coordination of Grup 7. 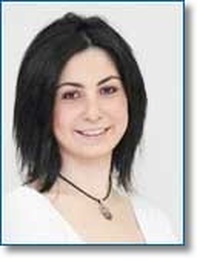