Demystifying PR in the Nordic Region


n PR terms at least, the Nordic markets are often misunderstood. Garry Lockwood offers some advice on effective communications in this affluent region of Europe.

The Nordic markets may not be the biggest in terms of population but throughout the global economic slowdown and recession they have remained some of the most buoyant markets outside of the Far East. More importantly Norway and Sweden particularly, were amongst the earliest markets to return to growth. Government deficits remain low (and nonexistent in the case of Norway) and consumer confidence higher than elsewhere in Europe.

The population is also highly educated with, according to the Organisation for Economic Cooperation and Development (OECD), the highest rates of female employment of any OECD countries at over 70 percent for Iceland, Norway, Denmark and Sweden. People from the Nordic region are used to very high standards of health care, social care and pay a high percentage of personal taxation for the privilege at for example, over 51% of GDP in Sweden and 43% in Finland. Despite high levels of taxation there are high levels of affluence and little poverty.

The Nordic economies are also technically advanced, with some of the highest rates of mobile phone penetration and internet use in the world – for example 92.5 % of Sweden’s population are internet users according to International Telecommunications Union report in June 2010. Use of social media is very high, with anecdotal evidence that use of Facebook and blogging is preferred in Sweden and Denmark whereas Twitter and Blogging have more traction in Norway and Finland.

All of this has combined to make the Nordic region an increasingly attractive target for mainstream business to business and business to consumer brands from abroad. And that’s where the PR challenges begin.

Companies from abroad bring with them an expectation that PR and communications methods tried and tested there will work equally well in the Nordic region. They also tend to assume that because it is referred to as one region, then all the countries in it have the same culture and values, behave in the same way and sometimes, speak the same language, namely, English! I have lost count of the number of times I have been told by communications personnel for some quite large brands that "we only have English websites for Nordic countries" or, "we normally send out our press material in English but haven’t been getting very good results...." or referring to Scandinavia (which excludes Finland) when they really mean Nordic, which includes that country.

So whilst there is some degree of cross market cultural similarities, and people in the Nordic region do feel Nordic as we in the rest of Europe ‘sometimes’ feel European, that is where the similarities end. For example, Norwegians and Swedes can understand one another’s languages to some degree but, not perfectly. But a Swede or Norwegian resorting to speaking English to be understood in Oslo or Stockholm would be considered tactless verging on being offensive. Equally, if you want to reach out to them, do it in their own language.

Looking at the media we see that journalists are fiercely independent – even more so than in countries such as France, Germany and the UK and this, coupled with freedom of information means there is a strong tradition of investigative journalism. In terms of attitude and approachability, whereas in some European markets offering a paid for press trip or press gift might be acceptable, it can generate the opposite reaction to the one intended if offered to a Nordic journalist.

Given the relatively small populations (Denmark 5.5 million, Finland 5.3 million, Norway 4.7 million, Sweden 9.2 million) it must be remembered that the media is correspondingly small as well. There are simply a lot fewer publications and as a consequence there are whole sectors of the media that exist in other markets that do not in the Nordics. Or where they exist, their coverage tends to be of a far more general nature meaning it can be challenging for PR professionals with a specialist client to promote.

For example, overseas clients from the IT sector, especially the US, frequently request that a Nordic publicity programme should especially target the IT Channel media – those publications aimed at dealers, distributors and specialist IT retailers. There is one such publication in Sweden. There are even fewer in Denmark, Finland and Norway! So a client trying to reach IT dealers and distributors is then forced to target the equally small number of more general IT media with an even smaller chance of attracting a journalist’s attention!

And finally, given the unique conditions, what PR and communications methods work the best? Some techniques have less resonance in the Nordic region.

Unless you are Bill Gates or some other major public figure, turning-up in Oslo, Copenhagen, Helsinki or Stockholm and expecting a ‘media tour’, where a day of press interviews are organised for a senior executive from your company, just isn’t realistic. A small media, forced to be more generalist by market size, is very hard to get interested in coming out for lunch, a press conference or your event. However, if you have local customers that are prepared to talk to the media, they will usually be interested in following up with them on the phone.

Likewise, don’t waste time translating that generic press release. Sell the story as an exclusive to one publication and secure coverage that way – narrowcasting works far better than broadcasting your message. 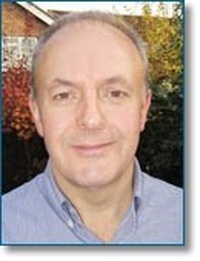 Garry Lockwood is director and co-owner of JustPR.