One afternoon last June, I looked out across a room of 300 journalists and introduced Etihad Airways chief executive, James Hogan, for his second press conference of the day. We’d already caught the imagination of the Farnborough Airshow earlier that morning with an order for 45 Boeing aircraft. During the next 30 minutes, we caught everyone by surprise as we added another 55 Airbus aircraft to the delivery list.

It made the announcement not just the biggest at Farnborough, but the biggest in aviation history. Within minutes the wires were buzzing and the coverage started pouring in.

No wonder some of my old friends from Fleet Street were so keen to tell me what an easy job it must be to head the PR for Etihad. With announcements of that scale, it must be a stroll in the park, they said.

But that doesn’t quite reflect the full picture.

Etihad has certainly never been shy of ambition. In just five years, we have launched more than 50 routes, built a fleet of almost 50 aircraft and welcomed more than seven thousand new members of staff. Along the way, we’ve become the fastest-growing national airline in history carrying six million passengers last year.

We’re a pretty good microcosm of our home base Abu Dhabi as a whole. The UAE’s capital city has unveiled incredibly ambitious economic diversification and expansion plans during the last three years and has become one of the most talked-about places in the world today – not least because it’s made such great strides in delivering those plans in incredibly tight timescales.

So we’ve never had to worry much about creating news at Etihad. Every week, plenty to talk about; new routes, new commercial agreements, new planes…. you get the picture.

What we do have to worry about is context.

All of these developments and investments need context for our audiences to understand why they are so important. Without context, we risk being seen as the parvenus without a plan, the people who felt they should have an airline and who could afford to pour money away on the brightest, shiniest toys to create it.

With context, the story is completely different.

This point is critical in any communications strategy; but particularly so in such a fast-changing and ambitious environment as Abu Dhabi.

What is the context?

Above all, it is that Etihad is following a clear, measured strategy towards achieving its goal.

That strategy is to create an airline that will support and stimulate the economy of Abu Dhabi – through tourism, through trade and through brand awareness.

But it is to do so on a commercial mandate – taking decisions and making investments on a business-focused basis.

What is its goal? To become the best airline in the world.

How do we establish that context?

First, through internal communications. The first hire I made when I joined Etihad was Paul Parry, one of the aviation industry’s best internal communications managers, who has been given a mandate to inform and encourage our most important influencers, the 8,000 staff who make up our company. With around 1,500 new staff joining each year, it is critical we get everyone understanding our vision and working together to deliver it.

Second, we build on that with channelled media and stakeholder communications.

We identified the most relevant 250 aviation, business and travel writers around the world and we’ve actively targeted them during the last two years to explain the context of Etihad’s activities.

We are lucky to have a chief executive who is popular with journalists for his ability to give good copy and sound-bites but he is only one part of this message.

A great deal of the process is through education – not just about Etihad and its goals but about Abu Dhabi and how it is seeking to develop over the long term. All of our materials contain strong Abu Dhabi messaging and promoting it takes up a major part of our time.

Third, we aim to deliver world-class best practice in our communications, at every level. The systems we have put in place in Etihad – for planning, for issues management, for stakeholder communications management, for crisis planning and management – are the equal of anywhere else I have worked. We may still be comparatively small on the global stage, but as an airline, we ensure everything we do aims to meet the standards of our larger competitors.

Fourth, and perhaps most importantly, is tone. In all communications, our tone aims to fit with the brand of Abu Dhabi. Not flashy, not pushy, but respectful and considered.

Together, these four themes are helping us to explain the context behind Etihad. It is a measure of how far we have come that more of our questions from journalists now are about the business strategy rather than the basics of who we are and where we’re from.

There is still a long way to go – and even with our ambition, I doubt we will have another platform of the scale of Farnborough last year – but we are confident we will reach our goal in the long run. 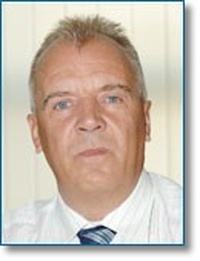