Monica Björklund Aksnes reveals how a carefully planned Swedish communications campaign is improving the image of politicians up and down the country.

Sweden has over 44,000 local politicians, the majority of whom give up their spare time to help run Sweden’s municipalities, county councils and regions. Swedish local authorities also levy most of the income taxes in Sweden to pay for the schools, care for the elderly, healthcare and other public services they provide. They provide the core of the Swedish welfare state.

The local political level could be described as the base of democracy. Local politicians have an important task in prioritizing and planning and many of them conduct their job without being paid. In spite of this, they are often looked down on by the general public, and the media often focus on criticism.

On top of this many politicians are subjected to attacks or violent threats due to their political involvement: 20% according to a recent poll from Gothenburg University.

In 2007 the Swedish Association of Local Authorities and Regions (SALAR) was formed from the merger of two predecessors. The new organisation immediately began its work in setting objectives for the next four-year mandate period. One of the core tasks of the organisation is to work for the best possible conditions for the members, Sweden’s municipalities and regions, their staff and politicians.

The constituent congress found that there was a need for the new organisation to raise awareness of the political mission in local politics and to highlight the everyday reality of Sweden’s local politicians. This in turn resulted in the four-year communication project A Matter of Democracy. “A matter of democracy” is also the opening line of SALAR’s mission statement.

The result of the communication project is to be reported regularly to the board of SALAR and finally is to be reported to the 2011 congress of the association. Within SALAR the responsibility for the project rests with the Communications division, supported mainly by the Economics and Democracy division.

Early work in a small project group involved a number of brainstorming sessions. These concluded that among the first tasks of the project was to visualise the politicians themselves. A number of politicians would be pictured in their civilian career or spare time (e.g. like Lars Persson in the advertisement to the left), explaining what democracy meant for them.

The selection of politicians to be pictured turned out to be the first major challenge of the project. As SALAR is a cross-party organisation it was important to represent all the parties that have representation in the association’s board or committees. It was also important to have a cross-representation of men and women, as well as balance between municipalities and county councils with a good geographical spread. Yet there should be not too many politicians portrayed.

Altogether thirteen politicians were finally chosen. After extensive work the advertisements have since run in, for example, the Swedish political weekly FOKUS as well a limited outdoor campaign. They have also been used to frame SALAR’s first congress and several other major political arrangements where SALAR participates.

Initially there was some concern that the project we are running should rather be handled by the parties themselves. But these concerns have disappeared and in fact our project does not exclude other work being done, it complements it.

The next step was very important as it involved visualising the political reality for the local politicians and also describing the realities of their task while beginning the next step of the project, opinion forming.

The way we tackled this was to try and identify the very many myths of local politics and the activities of municipalities and county councils. Local politics in Sweden struggles with several presupposed ideas, e.g. that administration costs are very high in local politics or that politicians are extremely well paid.

In fact only a very small part of the local political budget is spent on administration and an average wage for a full-time politician in local politics is about the same as the CEO of a small or medium sized company. Considering that municipalities and county councils very often represent the major employer and a great part of the local economy of a city or region that is hardly unreasonable.

Along with the myths and facts, collected in a short pamphlet, the association has also started co-operation with Statistics Sweden in putting together reports on exactly who the 44,000 persons are that represent the Swedish public in local politics. The reports are presented locally by SALAR together with politicians from the area.

In each locality the special circumstances of the politicians in that area are highlighted. Is there for example a bigger (or smaller) than average representation from persons born outside of Sweden, parents of young children or the elderly? All of these reports are aimed at telling the real story of who the politicians are while also giving a number of them the opportunity to discuss their political tasks with local journalists.

Naturally the media, national and local, are a key target group for the project. The media are, bar none, the best multiplier of a message. As such the project is also aimed at following public debate, and where deemed useful, commenting on the views expressed or choosing to initialise debate ourselves.

As mentioned previously the number of politicians that have been attacked or threatened due to their political involvement is high. As such the “A matter of democracy” project has now taken the baton in the association’s ongoing work to change the laws on threats or violence against elected officials. In the public debate SALAR’s chairman Anders Knape has written a number of op-eds for national and local papers.

The project has therefore moved into the next stage of operations, forming opinions and asking the government to act on important issues that will make political involvement easier.

And maybe, just maybe, we are seeing the first signs of progress. Recently one editorial about local politicians was headlined “Happy you exist” and another editorial on violence against politicians in a national daily mirrored SALAR’s views under the headline, “Protect the politicians”.

With less than a year and a half until the next election, we believe this is growing ever more important. 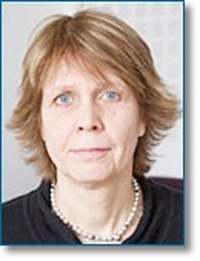