Building Trust in a Shrinking World


Times have changed in the 16 years since Mike Regester set up his crisis management agency. Technology and a hugely accelerated news cycle have had a profound effect, yet the ‘soft skills’ needed to safeguard reputation have never been more important.

When Regester Larkin began life in 1994, it did so in a world of great change: the environmental message was resounding from the 1992 Earth Summit in Rio; South Africa elected its first black president; Clinton and Yeltsin agreed to lower their nuclear weapons in the Kremlin Accords; Rwanda experienced deplorable violence; Finland and Sweden said ‘yes’ to Europe, Norway said ‘no’; hundreds lost their lives in air accidents in Pittsburgh and Nagoya; and businesses were about to float happily into the dotcom bubble.

Much has changed since then, never more so than last year when the global financial crisis left the prepared a little battered but the unprepared on life support.

The biggest single change affecting crisis management has been technology.

Hardware and software developments have empowered a vast army of citizen journalists who accumulate evidence – be it by camera phone or eyewitness testimony – and disseminate it to a myriad of outlets before most organisations have even put the date on a press release.

To appreciate the profundity of this change, I like to contrast the old 24 hour news cycle with the ‘90 second news cycle’ of today. The former was dictated by the cycle of the print press, the latter is dictated by a democracy of instant online publishing platforms. But it would be a mistake to dismiss the users of these platforms as a network of nobodies. Well-respected opinion formers regularly publish comment and the ‘traditional’ media has embraced these platforms too. Users are also ‘smart mobs’ (geographically dispersed groups of people which can be brought together as a collective force almost instantly).

Today’s information anarchy has created a far more complex stakeholder environment in which organisations must operate. And this has had consequences on expectations and trust. We expect to find what we’re looking for within minutes on the internet and are surprised if we don’t. We endeavour to find ‘official’ information, but will go elsewhere if we can’t.

Over the past 15 years, we have seen an alarming drop in levels of trust in society. In particular, surveys consistently show that trust in business is low. By virtue of their size and scope, companies are under enormous pressure of expectation and scrutiny. And as the world gets smaller, this will only increase.

Progressive businesses have reacted to this and value crisis management as an essential part of business planning. Companies are putting a premium on good crisis management yet corporate reputations seem to be at an all-time low, so what’s going wrong?

More and more, I see companies preparing for the ‘traditional’ crises – the jumbo jet landing on the warehouse roof – but struggling to grasp reputation management beyond the first 48 hours of an incident.

Initial ‘fire-fighting’ is only a small part of reputation management – the vast majority of reputation building happens in ‘peacetime’, where a company’s values are lived and breathed every day. Building and protecting reputation does not just mean managing the asymmetric shocks. 21st century reputation management is about contributing to global societal issues, addressing performance-related issues, engaging seemingly insignificant local issues and even defending attacks on the very premise of a company.

It is the deficiency in ‘soft skills’ that has created a gap between crisis competency and stakeholder expectation – a gap which will only get wider if the requisite skills for the future are not obtained.

The next fifteen years

Understand and embrace new technology
Adopting a positive mindset will be crucial. New communications platforms can be daunting, but also present tremendous opportunities for reputation management. While it won’t always be appropriate to use certain technologies to communicate, organisations need to be equipped to use them both proactively and reactively. Great reputation risks lie ahead if organisations continue to use yesterday’s tools to manage today’s crises.

Stakeholders are never static
Whether a change in technology or a change in beliefs, stakeholders are never a homogenous mass. New groups with an interest in the organisation come and go regularly, making for an increasingly complex stakeholder environment. The result is a permanent reputation collision course. To navigate this, organisations will need to be convincing and talk the language of audiences in an ever-more astute and articulate way.

Soft skills will be the differentiator
Processes and procedures don’t manage reputation, people do. Those organisations held in high regard in the future will have mastered the formulas and will also be successfully applying the soft skills. The key soft skill will be crisis leadership, which will require not only being able to effectively deliver messages and picking the right channel, but also getting the most from others, resolving differences, empowering people and knowing the audience in a more detailed way than ever before.

Understand and harness organisational values
Culture is the invisible glue that holds an organisation together. A significant element of culture is an organisation’s values. These must be understood by senior management and used to inform decisions on how the organisation positions itself. If stakeholders become aware of a material gap in the professed beliefs and convictions of the organisation and those actually held by the majority of staff, the organisation is almost guaranteed to be embarking on a collision cause that will impact its ability to meet its objectives.

Bigger role for communications
A major challenge for the next 15 years will be balancing commercial and reputation risk. In any organisation there is always some element of internal friction. This often plays a helpful role in keeping organisations moving. But this can also affect performance adversely if managed poorly. Good communication can be the necessary lubricating force by balancing these conflicts and enhancing processes. Yet this can only happen if communicators fully understand the processes of an organisation, its commercial requirements and the external environment in which it operates. 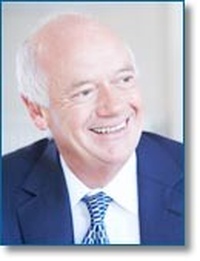 Mike Regester is the founding director of London-based Regester Larkin. He is the author of Risk Issues and Crisis Management (with Judy Larkin).