Rishi Bhattacharya moved into Public Relations after working in television as a political correspondent. Although the transition is difficult, he wonders why more journalists aren’t making the switch.

Poacher turned gamekeeper’ is a good expression to describe one of the greatest jumps – from journalism to communications; from a noble art that stealthily hunts down its prey for a story to someone who guards those they have been assigned to protect.

At least that is what journalists would have you believe. But is this really fair game?

I used to be a poacher – a journalist for more than a decade in both print and broadcast journalism, searching out stories and holding those in power to account through the media, especially latterly as a political correspondent. I would like to think that what I did was a force for good, asking questions and getting answers on behalf of viewers and readers in places they would not normally get access.

When I jumped across the divide I did not really brace myself for the reaction from a minority of my former colleagues; it was like going from Everton to Liverpool, from City to United, from Real Madrid to Barcelona. It was a betrayal. Well to them, anyway. To a wily gamekeeper it provided a new challenge.

I am still surprised that four years on there are not more journalists in communications. This of course varies from country to country – in Brazil, for instance, it is quite normal for a lot of PROs to be former journalists; in the UK – perhaps because switching hacks take more of the flack – that number is far, far fewer.

Some fall by the wayside; some make the transition successfully. It is, and remains, a difficult transition.

As a former political correspondent, I believe what helped me and my clients was an understanding of the intrinsic interaction between media and policy; how opinion formers form their opinions; and particularly how media and politics are very much part of the same world, rather than separate arenas which do not interact.

This problem can be compounded in some companies by separated media and public affairs teams – the thinking should be integrated if clients are ultimately to get the results they desire.

This interaction applies well beyond politics and media. The advent of digital has democratised all aspects of our society – from business, to governments, to members of the public. Through social media such as Twitter, consumers or voters (however you want to view yourself) have access to those in positions of power like never before.

This in a sense has decreased the relative stock of the journalist who, like me in the old days, was the voice on the inside. Now the outside is inside.

Making sense of it all

So how do we make sense of this ever changing world? And how do we help our clients navigate through an increasingly complex series of interactions and interconnections?

At Edelman, we call this public engagement, an exciting and dynamic proposition, one which is observed through the reality of our world today and one which demands a new set of behaviours from communications professionals and consultants. It is not rocket science, as the cliché goes, but a means of capturing and understanding how the world is changing – and changing fast.

These shifts are as important for those of us who are selling consumer brands, as it is for those who are building corporate reputation or political alliances.

There are three principal shifts:

• Activism. Activism is expressed in many ways – from the rise of consumer politics (the power of boycotts) to the intervention and regulatory ambitions of governments. We know from Edelman’s Trust Barometer, just how much of an appetite there is among Informed Publics for what we are calling Private Sector Diplomacy – a new partnership forged between Government and Business to actively address the major issues of our times. We are all becoming more active via the web. We are, of course, all media now. Action has replaced Talk.
• Citizenship. Both the recession and its causes, together with an acceptance that climate change is a truth, have sparked a new era of citizenship and responsibility.
• Real Behavioural Change. New technologies are driving profound behavioural change – replacing deference with reference and involving multiple stakeholders in a continuous conversation. Just as media authority has been re-shaped and dispersed, so we see this trend reflected in the stakeholder world – through the rise in influence of employees and NGOs and the ‘average’ person like yourself/myself. Power, too, is becoming bottom-up. Active citizenship sees us shifting from a society of wants to a society of needs; and to expecting more from the brands that we buy.

Public Engagement helps clients and companies find the conversations, understand them and participate in them, wherever they are as equals. This is a fundamental shift from old behaviours to new ones.

Finally, transparency is everywhere. In the new world, if an organisation is not being transparent, it has to have good reason. In many situations, there are strong (often commercially-sensitive) reasons to be non-transparent but being deceptive is deeply unacceptable.

And this brings us back to the beginning. Communication is a force for good when it comes to emphasizing the importance of transparency. It is why, without either knowing, the poacher and the gamekeeper are closer than they realize. 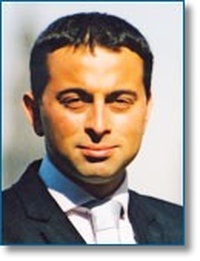