Being Smarter About Media


Nick Sharples challenges the perceived wisdom of media relations activity, arguing that the duration of coverage achieved by most campaigns is far too short.

If you asked 10 PR agencies to provide a template for an important product launch, the vast majority would provide you with a plan that included the need for a snappy press release, a good hook to attract the attention of cynical or overworked journalists, a concurrent social media campaign to reach the online community and perhaps some product reviews and roadshows, all arriving at the same time to create massive media buzz and extensive media coverage.

Sound’s familiar? It should do – it’s the model the vast majority of us have been using for years to get our stories to market.

But does it work?

Or are we guilty of assuming that our target audience is the media, when we should really be looking at how we reach our ultimate target, the consumer. We have always assumed that extensive media coverage equates to increased customer awareness, and that positive media coverage translates into an increased propensity to purchase. But does it always?

Well, yes and no. If you have an audience of engaged consumers who are hanging on every word the company says, then yes. The gaming industry is an example of a sector whose audience is uniquely connected, where a tech-savvy and connected community of consumers can pretty much be relied upon to follow every announcement made by their favourite company, and even comment on it widely in online and offline media.

But what if your consumer isn’t hanging on every word you say. When was the last time you thought about buying a new BBQ, a new TV or a sofa? Can’t remember? Well, that’s not surprising; because most consumer items are occasional purchases, and when we are not looking to buy a new BBQ we are not receptive to adverts for new BBQs or even terrific media coverage from the BBQ World Congress where 20 new products were launched with great media fanfare.

I have no idea if there is a BBQ World Congress, but hopefully you get my point. If we are not in the market for a product, we are not receptive to the promotional activity for that product.

The matter is made worse when you look at how long consumers actually spend on the purchase journey for an electronic product – from deciding that they need a new TV for example, to walking out of the shop or, increasingly these days, the website having bought one.

The journey is a relatively short one, at between six and eight weeks, depending on the consumer segment and the country. If you do the maths, you can see that in any eight-week period under 10% of your 30% of consumers will be receptive to your marketing and PR activity. Of course, the percentage varies slightly depending on summer holidays, bank holidays and the run up to Christmas, but it is still a remarkably low percentage of consumers you have the opportunity to reach in a short period of time.

But the cookie cutting doesn’t stop there. The above assumes that your media activity is sustained over the full eight-week period of the customer journey. Actually, the reality is that however hard you try, the nature of most media coverage is such that you can only expect a two-week period of extensive media coverage for your campaign before the coverage tails off and reverts to pre launch levels.

Try monitoring the volume of coverage for your own product launch, not in terms of column inches, but in duration of coverage. You will be shocked. The same timeframe applies for events such as large trade shows and even for serious crises, which can be either good or bad depending on your perspective.


The above graph shows the media coverage profile for a consumer electronics manufacturer at IFA – Europe’s largest Consumer Electronics trade and consumer show – in 2008. Whilst the height of the peak, and therefore the amount of coverage will vary by company, depending on their news and the efforts of the PR team, the duration of coverage remains remarkably consistent, regardless of the company chosen.

With a little more arithmetic it is possible to see that in any two-week period of media coverage you are only likely to be reaching around 3% of your target audience during any conventional PR campaign or product launch – not a very impressive statistic if you are coming up to budget time and trying to justify your activity!

So, what can be done to reach more of your target audience? Well, logic dictates that if your audience is only in the market for a short time you need to ensure that your message is out in the market for a longer period, thereby catching more of your consumers. In order to do that, your media coverage profile from any particular activity needs to look less like the traditional model in grey and more like the profile in blue as shown on the graph below, extending from before the launch to well after it.


I am sure the same 10 agencies that provided the traditional blueprint will be equally keen and able to come up with a plan to help you fill out the extended profile needed to reach more of your consumers. The potential rewards are impressive. If you can extend the duration of your coverage to 12 weeks from two weeks, you will reach around 20% of your consumers rather than 3% of them, a 600-fold increase. It still means that 80% of your consumers are not being exposed to your messaging, but it is a lot better than only reaching 3% of them.

Starting your media activity before the launch as shown in the profile is of course controversial. Leaks are considered to be the bane of PR folk everywhere. But when does a leak become an inspired teaser for the main event? Perhaps when done as part of a smarter media campaign? But that discussion probably deserves an article all of its own! 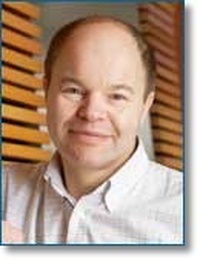 Nick Sharples is Director of Corporate Communications for Sony in Europe.