A Snapshot of Business School Marketing


Vicky Robinson presents some interesting research into marketing and communications issues for business schools based in the UK.

The Association of Business Schools (ABS) is the authoritative voice of business and management education in and for the UK and operates as an effective and independent network organisation for its 118 members.

ABS works with similar organisations in Europe and around the world to influence those who have an involvement or interest in business and management education.

The Association recently carried out several snapshot surveys of its members on topical marketing and communications issues.

The first, a marketing staff survey, was completed mainly by Marketing Managers (19 respondents) who are placed on a salary scale of between £37-43 K.

The findings show that the majority of schools who responded have either a Head of Marketing, Marketing Manager or a Marketing Officer in their team or who heads up their team.

36.2 % of respondents have an individual solely responsible for web work; from this we can assume that web is included into other job descriptions/roles for other institutions.

26 % have dedicated alumni staff within the team; many institutions have a central alumni office, which would explain this low figure.

Nearly half of the respondents (49%) have a marketing administrator reporting directly to them, the split for the salaries for the administrators was as follows:

(11 respondents chose to skip the question, perhaps showing the sensitive nature of the questions being asked).

Requirements for the job

This data shows that almost an even split of roles did/ did not require a first degree in marketing at interview, although another degree equivalent was required by some more than 75 % of respondents institutions.

Surprisingly, more required the post holder to hold the Diploma in Marketing (from either CIM or CAM) than the Post Graduate Diploma, and only 25 % of roles necessitated a Masters in Marketing.

The findings show a near 50:50 split between requiring a previous marketing qualification and not.

Numbers of staff and faculty employed:

The top 5 highest levels of autonomy were seen in:

Out of 117 (correct at the time) ABS members, 47 responded (this varies question-question), response rate of 40 %. 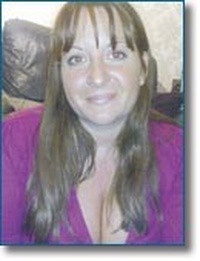 Vicky Robinson MCIM, MCIPR, MAM, DipM is Head of Marketing and Communications at the Association of Business Schools.