CSR: Not the Same in Lagos as London


Paul Seaman is a firm believer in Corporate Responsibility but argues it is naïve to expect it to be implemented evenly in every country.

Amnesty International has accused Shell Nigeria of human rights abuses, spreading pollution and other crimes against corporate responsibility (CSR). It provoked Paul Holmes, editor and publisher of The Holmes Report, to argue that companies will and should be held to the same standards globally. That’s a naïve response.

Holmes rubbishes Shell’s Andrew Vickers’ comment to the FT where he said of his company’s Nigerian challenge: "We’re not operating in the North Sea". According to Holmes, this response is no longer a viable defence. He says if something is clearly unethical or unacceptable in New York or London or Amsterdam, it’s unethical and unacceptable in the developing world too.

Now, I’m an advocate of CSR. It is good and useful if it helps or forces firms and their customers to consider the wider implications of business and to manage risk. But Nigeria should help us see that CSR cannot be implemented evenly and easily everywhere. On this I speak from experience.

In 2007/8 I did a near year-long stint in front-line PR in Nigeria. It was a great and complicated experience. So here’s a snapshot of my take on things there.

You can’t do business in Nigeria as you would in the UK. Those who say you can haven’t been there. The standards in Nigeria are improving in some sectors and very much so because of foreign involvement. However foreign companies are forced to use Nigerian suppliers and most of those (if not all) are corrupt by Western standards. That corruption can be transparent or opaque. It takes many forms, but the culture of kickbacks is systemic. There’s no point pretending otherwise.

One petty example I observed as widespread practice was the necessity to grease the wheels of accounts departments to ensure invoices were settled (that barrier existed even at the heart of localised multi-national companies). Another was arranging a meeting with a state governor. He set the precondition that my client sponsor the upkeep of a roundabout and road section. He also demanded a photo opportunity and press release to go with it. That was CSR, but not as we know it.

As a PR I was faced with the fact that all TV and radio news coverage of any commercial event or promotion had to be paid for by the minute as if it were advertising (though the cash did not always guarantee a positive report). This advertorial approach was not readily transparent to viewers. However because TV and radio are mass media with great influence in Nigeria, no PR campaign could bypass them.

Moreover, most journalists expected brown envelopes in exchange for turning up at press conferences. Most western companies obliged them with such bribes. Most listed them euphemistically as lunch and travel expenses for media (or the PR company buried the payments in their invoices). Front-page spreads were sometimes bought. This practice was widely condemned during my time, but still took place; that’s how some CEOs got their picture on the front-page attending gala dinners with their wives etc.

Having said that, Nigeria is topsy turvy. It has a free, robust, critical, opinionated press that covers the political spectrum. The Nigerian media embodies the highest and the lowest standards in the business. Sophisticated readers of Nigerian newspapers know how to spot puff and how to spot the nuggets of merit. Hence doing credible PR in Nigeria is a job for experts rather than for charlatans with fat wallets.

The Nigerians are rightly famous and infamous for being very smart and very interested in money. The culture has not encouraged what one might call pro bono or European attitudes to business, but that’s changing. As the economy improves – and signs of that are everywhere – firms are realising that they have to operate according to international standards. Self-interest is driving improvement. Many Nigerians are highly-educated. In general that tends to bring with it a desire that Nigeria should operate to Western standards.

But, and it’s a big but... Nigerians have powerful obligations to family, tribe, religion, region, village and business partners. They live and operate in a world in which corruption and reciprocating favours goes very deep and very high. It is an environment in which political instability and violence are in some places severe and endemic. This edgy reality is likely to continue for many years.

Actually, much of what constitutes Nigerian PR would be called lobbying in the West. It takes place behind closed doors. It involves haggling and trading favours of many sorts in return for winning the support and third party endorsement clients require to win influence with networks that matter. Reputations are often battered in robust discussion or, sometimes, held hostage as an adjunct to negotiations.

For instance, the anti-corruption drive is often corrupt. Many of those under investigation for various fraudulent business practices are "victims" of their rivals’ desire to replace them with equally dubious practices of their own. Sometimes fraud accusation and investigations are simply methods of holding reputations to ransom in return for under the counter cash or business.

Instability and profit go hand in hand in Nigeria. Oil is part of that: it’s both a cause and a victim of the instability. However one could spot similar trends in telecommunications with Area Boys (local thugs) and their protection or otherwise of base-stations; and much of the banking industry was recently exposed as being cash dispensers of non-repayable "loans". The point is that the prevailing chaos suits many powerful players. In such circumstances it is silly and wrong and counter-productive to imagine that one can operate as though one were in the UK or the US.

When I worked in the country, I was sheltered from much of the worst of the country’s habits. It was understood that I would operate to broadly European rules. But I would have been myopic not to have spotted what was going on around me. It would have been absurdly naïve if I thought things could change as rapidly as I would have liked. Worse, I knew and was enthused by the thought that if I and other Westerners totally washed our hands of the place, we would be pandering to the worst of the country instead of tending to encourage the best.

And yes, before you say it, let me. There are all sorts of Nigerians. And, yes, African culture’s great. The amazing thing in Nigeria is how much gets done, not how much breaks down. The country has a vibrant entrepreneurial feel to it. The people are friendly and open etc etc.

But we have to accept that the liberal standards of Amnesty are European, and North European at that. One has to accept that liberalism’s universalism is, ooh, sort of colonialist in a good way, but it is also bossy and arrogant. That’s perhaps why Western NGOs are deeply unpopular in Nigeria.

In Nigeria I did not work for Shell or in oil. My clients were in banking, pharmaceuticals, telecoms, consumer goods and the state. I was based in Lagos and sometimes in Abuja, but never in the Delta region where Shell operates. So I don’t know the Shell situation well. But I read the papers and I’ve listened to locals of all backgrounds talk. That enables me to make the following incomplete observations:

• In Nigeria, Shell is a minority shareholder with management responsibility. Often, with operations badged as "Shell" it is actually an operation in which Shell Nigeria is a minority partner. That makes a Shell an easy scapegoat and target for all sorts of lobbies ranging from government to NGOs.
• If Shell weren’t involved in the operations as managers the situation on the ground would be far worse than it is (unless another Western firm replaced it).
• Shell’s operations are often blamed for eco-problems that are caused because of plant shut down for years by sabotage of a criminal or political nature.
• The sabotage and hostage-taking caused by criminals, sometimes politically-inspired criminals, and politically-motivated direct action, often involve desperately poor people. They are all very complex and intertwined.

Amnesty may well be right to draw attention to this matter. They may be right to target Shell (sadly, who else will care what goes on in the Delta region if Amnesty did not target Shell as the bad guy?).

My instinct suggests that Amnesty is courting headlines and targeting the good guy. But whatever the truth of this matter, it’s still right to remind people that life’s not black and white.

The truth is that if the media and activists insist on the impossible as a CSR requirement, firms will either have to stop doing business in countries such as Nigeria or tell lies. Neither is a good way forward for the developing world or for corporations. 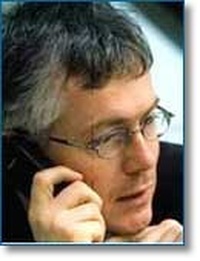 Paul Seaman is CEO, West PR – Seaman. He has worked in environments from multinational boardrooms to Chernobyl’s disaster zones, and in countries as diverse as Switzerland and Nigeria. In London, Geneva, Munich, Donetsk, and Lagos, he has managed corporate and product communications, dealt with every kind of media, counselled at the top table and sorted things at street level, often working with clients’ serious crises. Today he lives and works near Zurich, Switzerland.