If it’s Social, it Connects

Sure, young practitioners use plenty of social media, increasingly via mobile media. But when it comes to public relations planning, maybe they instinctively understand (more than some of their senior colleagues) how social media connects to other elements of stakeholder relationships and communications.

The strategic public relations master’s students who took my applied research course last fall at The George Washington University Graduate School of Political Management  were challenged to find current news relating to the research topics being studied. As young (but by no means green) practitioners, they did indeed put a lot of focus on social media.

A year after the fact, they were still dissecting the Obama campaign’s success with social media (the university is in Washington, DC after all). They also observed contrasts with the Obama administration’s communications since the election, the opposing party’s countermoves – and how in the real world, social media doesn’t stand alone.

One rich piece of evidence they found was a 2009 report from the Pew Internet & American Life Project. The report explored political and civic engagement online in the US. It has long been known that in the not-so-virtual world, there is a strong correlation between socio-economic status and civic engagement. The better educated and better off among us get more involved. To the disappointment of some who thought the internet would greatly broaden such participation, it’s not necessarily so – at least not yet. The profile of people who use the internet to contact a government official, sign a petition or make a political contribution strongly resembles the profile of who does these things offline.

Yes, socio-economic differences in internet access, plus the known civic participation gap between younger and middle-aged adults, explain some of the disparity. But even after accounting for such factors, the study shows a strong positive relationship between socio-economic status and most measures of online engagement. Maybe the internet didn’t change everything after all.

Also from Pew, the Project for Excellence in Journalism’s New Media Index seeks to answer another important question: If so many people now get their news through social media, how different is that from the news served up by traditional media?

Undoubtedly the qualities (let alone quality) of news presentation are different. But new media or old, maybe we still share important topical interests that bind our societies together.

Well, yes and no. One particular week last October, half of all blog links to news stories were to a single BBC report headlined "What Happened to Global Warming?" That was an extreme example of social and traditional media converging on the same topic. Week to week, the index rarely shows that level of convergence, though a common focus on certain topics is unmistakable. We’ll save for another day the debate about whether traditional is driving social or it’s the other way around. The point is, social media connects to more than just itself.

A new paper from the Institute for Public Relations looks at web analytics and shows a healthy attitude about connecting earned online media to traditional media – and more importantly, to business outcomes as opposed to communications outputs. Seth Duncan, research director at Context Analytics, describes techniques and tools practitioners can handle themselves at little or no cost. He also describes more sophisticated techniques that probably require professional research assistance.

Either way, his approach should appeal to practitioners who want research results that produce not just more questions, but useful answers. A PR playbook based on web analytics might tell us which stories and sites are most likely to achieve business goals. Still, says Duncan, "While web analytics hold the promise of providing valuable insights to PR practitioners, they have not been widely adopted in PR measurement. The largest hurdle for PR professionals is to integrate web analytics with other forms of traditional and social media measurement."

So, in the age of Facebook, perhaps "old school" ideas like face-to-face aren’t passé after all. Even when so-called "digital natives" use technology to track each other, isn’t the objective often a meeting point? As a baby boomer, I don’t recall ever being referred to as a "telephone native," yet we too used that technology to facilitate real world relationships.

There’s a message here for organizations that want to build relationships – with any demographic. Social media strategy? Of course that’s important, more so every day. No question, it makes things happen faster and bigger than they otherwise might have.

Just remember that the social network infrastructure will be a part of everything going forward – integrated into society, business and all other organizations. And that technology not only imitates life, but magnifies it. 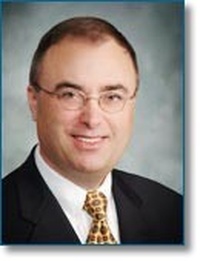 Frank Ovaitt, Executive Vice President at Makovsky + Company, leads the firm’s efforts to integrate research into public relations practice. He is CEO Emeritus of the Institute for Public Relations and teaches applied research in the strategic public relations program at The George Washington University Graduate School of Political Management.