Foreign enterprises doing business in Korea have recently been facing crises that are too diversified and scaled-up. Thus, if they are not accustomed to Korean-type crisis communications strategies, then they are very likely to face severe hardships.

It will be helpful to identify the key factors behind the failure of foreign businesses in Korea to deal more effectively with a crisis situation. Indeed, there are many valuable lessons that can be learned from these unfortunate mishaps of the past.

These days, practically all publicity of crises and their related consequences takes place on the Internet. In fact, the institutional media can be said to play a secondary nanny role, as a simple caretaker of a crisis situation, while the real discussion takes place online.

Internet forums, blogs, portals, homepages and message boards are invariably at the root of negative publicity in the case of a corporate mishap or blunder. As a result, any enterprise that fails to adequately address the online activities of a crisis will inevitably end up facing serious repercussions.

The primary reason why foreign enterprises in Korea experience failure in their crisis management efforts is the lack of a timely response. Due to the particular characteristics of a foreign firm in Korea, it can often react too slowly in terms of initial countermeasures as a result of its need to communicate with head office in order to reach certain management decisions. Clearly, this is a structural deficiency that needs to be addressed through careful coordination between the domestic unit and its home office.

Second, there are instances in which foreign corporations will raise the ire of Korea’s media during the process of resolving a crisis. In any setting, if a business is blamed for provoking key stakeholders the crisis management efforts will be unnecessarily complicated.

In the case of a business crisis in Korea, the most common misstep of a foreign enterprise is related to its tendency to discriminate between first-tier and second-tier media firms. That is, when placing a paid notice of public apology or granting interviews, a foreign business will often place a priority on the more influential media and ignore the secondary players.

There have been several occasions in which a foreign business and CEO have been puzzled by a lingering negative attitude among various media, even after the issuance of a sincere apology and proper explanation. Contacting the media with equal treatment during regular times as well as in crisis situation will go a long way in assuring more objective views in the event of an unexpected emergency.

Third, there are limitations to the effectiveness of a foreign CEO of a foreign enterprise to stand at the forefront of a related crisis. In fact, among Korean experts there is a broad consensus that it can often be disadvantageous for a foreign CEO to be the public face of his business at such times.

Ordinarily, when a critical decision or statement is announced the CEO’s presence is helpful and positive. However, in Korea this general principle needs to be balanced against a sensitivity of the particular circumstances. Many times it is advantageous to have a corporate spokesperson stand in for the CEO. Ideally, this individual should be Korean and a senior-level executive with considerable expertise in dealing with the media and communicating with stakeholders in public. Indeed, the most successful cases of crisis management have been handled in such a manner.

A final point is the extent of interest that a CEO pays to crisis management and the related preparations. Of course, crisis management is not the top priority of any enterprise doing business in Korea. Nevertheless, even a stellar reputation which has been earned by year upon year of successful customer relations can end up in ruins in a matter of days, due to an unfortunate crisis.

After retaining me for consultation advice, the CEO of a large-size foreign corporation asked me the following question: “Mr. Kim, there are so many variables in the Korean market. How can I possibly succeed with my crisis management?” In response to this, I asked him: “What is the corporate vision of your business?”

With your corporate vision as a guide, you should then sincerely communicate your message to the related parties. Corporate vision and sincere communication are two pillars of a successful crisis management effort.

However, if they are not prepared for localization of the crisis manual in Korean environments, the CEOs of foreign businesses are more likely to meet failure. Still, an investment in the localization of the basic crisis management system is certain to pay off with huge dividends over the long term. 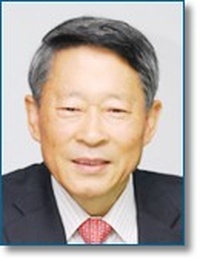 Kim Kyong-Hae, APR, is president of Communications Korea, a PR consulting group, and representative consultant at The Korea Institute of Crisis Management and Strategy. He has written four books on crisis management and marketing, including: Companies That Overcome Crisis, Companies That Crumble with It; Let