Two ears, one mouth: the dawn of a new age of listening


What do Ernest Hemingway, LEGO and Jeremy Corbyn share in common? An appreciation of the value of listening. By Matthew Moth.


Nearly 30 years after starting in the world of business to business communications, I have never felt such excitement or opportunity for the future of the industry.
We are at a fascinating nexus of fast developing technology and data management, changing business and consumer behaviours, a rapidly evolving media landscape and the continued redefinition of the relationships between publics and the traditional structures of trust – whether government, the media or major institutions.
The impact of Generation Y with its very different set of aspirations and attitudes is continuing to shake up the traditional order as its vanguard reaches the upper echelons of organisations.
And at the very heart of that changing communications landscape, I believe, is the need for organisations to engage in genuine two-way conversations on both a niche and a mass scale – which as PR professionals is at the core of what we do.
Still stuck in broadcast mode?
While there is nothing necessarily radical in that idea, as a profession I wonder are we really as ready as we ought to be to take on that challenge?
In spite of this zeitgeist for change, are we still too often stuck in broadcast mode, less aware of our role as corporate listeners (and watchers), critical components in creating an engaged conversation whether one to one or mass personal?
As the author Ernest Hemingway once said, "When people talk, listen completely. Most people never listen."
I think it has never been more important that as communicators in this rapidly evolving landscape we heed Hemingway’s advice and balance the urge to talk with the need to actively listen and understand.
Why is it so important to ‘listen’ now?
There is a manifest shift in stakeholder expectations. Day in day out, we see organisations struggling to come to terms with the new demands for dialogue. And the demands are coming from all directions.
For example, I have been fascinated by the impact of ‘activist investors’ and the intense debate they have fuelled across the boardrooms, media and politics of the US in recent months, culminating in Nelson Peltz’s asset management business Trian Partners announcing one of activism’s biggest investments ever, a $2.5 billion stake in General Electric.
In a very thoughtful piece for the Harvard Business Review, Dan Romito from Nasdaq Advisory Services looked at how management teams could prepare. He boiled it down to "first objectively assessing the company’s vulnerabilities and how they might attract an activist’s attention. Second, leaders should learn about the activist’s mindset, track record, and methodology." Listen and think.
Jeremy Corbyn the newly elected leader of the Labour Party in the UK is fascinating. He has opened up a whole plethora of debates about the value of listening. The desire to have policy generated from the bottom up, to use social media to engage in direct debate (ignoring the rabid right wing UK media as he sees them).
As he said in his first speech as leader at Party Conference, staying ‘on message’ with no internal disagreements was no longer a good thing, "The media commentariat simply don’t understand it. They report disagreements as splits, agreement as compromise, concessions as capitulation. No sorry, commentariat, this is grown-up real politics where real people debate real issues." Who knows where the Corbyn experiment will end up (most commentators believe some form of metaphorical car crash). But let’s not forget, in a matter of months he has encouraged around 160,000 people to join the Labour Party.
However, it is not just changes in stakeholder attitudes that demand organisations listen harder and more effectively. Technology is spurring us on to greater levels of potential interaction.
Lessons of LEGO
I love LEGO. And I love LEGO even more having seen how they use online communities to listen and learn from their key stakeholders, to develop new products and ideas. You could write a whole book on how LEGO listens. But the thing I just think is genius is Lego Ideas.
Tested in Japan in 2008 and then launch launched worldwide in 2011, fans vote on new-kit ideas submitted by amateur designers. Rather than fighting with fans who wanted to get more involved, LEGO has embraced them, listened to them and helped them create kits including Back to the Future’s DeLorean, Ghostbusters’ Ecotomobile, a model lab staffed by female scientists and the Big Bang Theory apartment.
I am genuinely excited that clients in the resolutely corporate space are now beginning to consider similar communication and innovation platforms as a means of conversation with real intent. We are working with teams on the frontline of a rapidly changing financial services market to use listening platforms to get their continual input into a major change programme.
Finally, in the area of crisis management, a discipline in which I specialise, the ability to listen hard and respond coherently under the most pressing of circumstances is vital. It’s not just when the crisis happens. We are seeing more and more far sighted clients in both fast moving and more traditional sectors, introducing a listening component to their risk assessment programmes.
In particular, we are seeing a significant growth in the Boardroom use of ‘heat maps’ that use listening and analysis to continually update the likelihood of risks materialising and their likely effect on the organisation.
So as the ancient Greeks said...
From everything that we hear and see with our clients at Madano, it is clear to us that organisations of all shapes and sizes need to keep all of their corporate listening channels actively open. I urge communicators to listen to the sage advice of the Greek philosopher Epictetus, when over 2000 years ago he said,
"We have two ears and one mouth so that we can listen twice as much as we speak."
It is inspired advice.
Also: 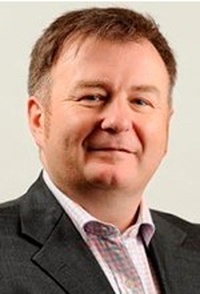 Matthew Moth is a founding partner of strategic communications firm Madano. He is a corporate communications and strategy specialist and leads the firm’s crisis management practice. Headquartered in London, Madano is now part of NATIONAL, Canada’s leading communications group.