Frank Borman, Commander of Apollo 8, once said, "Exploration is really the essence of the human spirit." Sport is another essence of human sprit and like Borman back in the Sixties it is now embarking on a journey to new frontiers.

In December those of us in London working on the England 2018 bid watched, surrounded by the great and the good of English football, as FIFA President Seb Blatter read out the names of the hosts for the 2018 and 2022 World Cups – Russia and Qatar. With the opening of those two envelopes the shape of international sport changed forever and the monopoly that the Western world had over the distribution of major sporting properties was finally broken.

Russia, already basking in the success of the IOC’s decision to award the city of Sochi the 2014 Winter Olympic Games, now has the opportunity to create a whole new nation of sports fans with the countdown to Russia 2018. Yes, stadiums need to be built, infrastructure needs to be developed and security issues addressed, but hundreds of thousands of foreign fans are set to visit the country for the first time bringing with them credit cards and hard currency whilst millions of Russians are set to experience first-hand one of the world’s most enthralling sporting contests. Hundreds of millions of sports fans around the globe will tune in and see a new modern Russia.

International sponsors will invest in reaching previously untapped audiences and domestic sponsor brands will have the first opportunity to play on a global stage. All thanks to a game played by a team of 22 men and that lasts 90 minutes.

A similar sporting evolution is taking place in the Middle East.

Seb Blatter’s announcement that Qatar will host the 2022 FIFA World Cup might have polarised opinion as to whether or not the nation will be able to host a successful tournament in the height of summer, given the searing daytime temperatures, and whether or not an Islamic country, albeit one with less strict laws than some of its neighbours, can stage a very Westernised international football tournament. But no one can argue that over the last 10 years the entire Middle East region has undergone a sporting transformation.

Dubai now markets itself to the outside world as the ‘undisputed sports capital of the Middle East.’ International governing bodies, brands and tournaments have turned to the region, exploiting the eight figure investment that the Emirate has invested in sporting and general infrastructure, to create a new home for some of the world’s leading sports events.

Dubai now hosts the Desert Classic PGA Golf Tournament, the UIM Class One Powerboat World Championships, the ATP Dubai Tennis Open, the Dubai Sevens Rugby Tournament and the Dubai World Cup horse race to name a few. The Dubai Department of Tourism and Commerce Marketing (DTCM) has successfully leveraged these events, and the associated international awareness they bring, to promote Dubai as the ideal business environment and publicise its 7-star hospitality industry.

Dubai is not the only location in the Middle East that has aggressively looked to sport as a means of generating awareness and attracting investment and corporations. Formula 1 now boasts two races in the region and despite recent political upheaval that has seen the postponement of the first race of the 2011 F1 calendar in Bahrain, the Middle East is still very much the ‘go-to’ destination in sport. And with the organising committee for the Qatar 2022 FIFA World Cup set shortly to break ground on its multistadia construction project, this trend is set to continue.

What does the opening up of these new frontiers mean for sports marketers?

Geopolitics Brands wishing to trailblaze in these new regions will look to seek strong assurances from government that their multimillion sponsorship investment will be protected from events such as economic upheaval and regime change.

A new playbook Sports marketers will have to look to create ways to engage with new audiences, in a manner that is culturally and socially relevant.

So in closing, as a proud Englishman working in London, and despite the obvious disappointment that football isn’t "coming home" in 2018, sport is about to embark on a new and exciting journey, and I for one am going along for the ride. 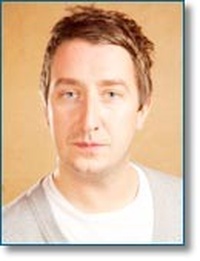