The Rise of the Imperial Shareholder

In recent years, hedge funds have become a major force in agitating for change in Corporate America. Major companies such as The New York Times, Motorola and Circuit City as well as smaller, lesser-known names have been targeted. Typically, activist hedge fund managers attempt to force their targets to adopt strategies to boost their companies’ stock prices.

An interesting dynamic is at play that has helped fuel the rise of hedge fund activism. First, hedge funds have generally underperformed the market in recent times and are seeking other ways for generating returns; and secondly, given the tremendous amount of money that has flowed into hedge funds, there is greater competition for investment ideas that lead to above-average returns for investors. Of course, the downturn in the economy has helped create compelling valuations further drawing the attention of activists.

In their hunt for suitable candidates, hedge fund managers will typically target companies that are underperforming their peers or those that have excess cash on their books with no publicly-known plan for investing it in the business or distributing it to their shareholders. Other potential triggers include companies with entrenched management and boards that are uninterested in a change to the status quo as well as companies that might make good takeover candidates. Asset-rich companies such as those with significant real estate holdings can also find themselves in the crosshairs of a hedge fund manager who might have an interest in selling off assets to recognize value.

Hedge fund managers typically follow a pattern and most will contact management to begin a dialogue aimed at unlocking shareholder value. These discussions will center on fairly standard areas such as management’s use of cash, the sale of assets and overall corporate strategy. Hedge fund managers tend to be a rather impatient bunch and will expect immediate action on the part of the target’s management. Should no action be forthcoming, the hedge fund manager will write letters to management detailing their position; these letters often become public as they are issued via press release. The battle lines have been drawn and, unless a settlement is reached, a proxy fight will follow.

The demands typically made by hedge fund managers tend to center on 1) changes in corporate bylaws (e.g. staggered boards have long been a pet peeve); 2) initiation or increase in a stock repurchase plan; 3) initiation of a dividend; 4) review of strategic alternatives (e.g. the sale or restructuring of the company); and 5) the proposed nomination of new board members or a new slate of board members.

Proxy fights can be long, drawn out and costly affairs. In addition to legal and other expenses, the hidden cost is the distraction that such matters cause corporate managers who need to be prepared to swiftly respond to each development, often after convening a meeting with their advisors.

A relatively new trend has developed in which corporate managers are reaching negotiated settlements with activist investors. Recently, The New York Times Co. acquiesced and agreed to give two board seats to its antagonists Harbinger Capital Partners and Firebrand Partners. Embattled Motorola gave in to demands by legendary investor Carl Icahn and seated two of his nominees on its board.

Some observations: 1) having a board seat is no guarantee that changes will come to pass; 2) corporate managers can return their focus to building the company; and 3) the target company saves the shareholders’ money by avoiding a costly and, oftentimes, litigious battle.

Investor relations officers at companies need to be vigilant at all times as they are on the front lines and will often learn very early on of unwanted advances from the hedge fund community. We offer the following practical tips:

• Corporate self-evaluation – How does your company’s stock price performance measure up against its peers? Are you lagging, ahead or in the middle of the pack? How does your company rate in terms of corporate governance? Is the board staggered? How does your CEO’s compensation compare to others in the industry? Is there a poison pill in place? Could your company be a candidate for hedge fund activism? The obvious answers to these questions will show you the warning signs and where to begin.

• Shareholder composition – You should analyze your institutional shareholder list to monitor for the influx of hedge funds. Names that appear in the news as having been associated with shareholder activism should immediately send up a red flag. Ask your outside IR counsel to run a background check on those funds that have initiated major positions. Check to see if they own your peers and if there has been any activity that would merit concern.

• Monitor the news – Things happen at the speed of a mouse click. Have a system in place to know what’s being reported on about your company and its industry by both the media and sell-side analysts. You might also keep track of some of the media activity by hedge funds that have shown up in your company’s stock recently to get a sense of their style.

• Talk to “the Street” – Engage your major shareholders and analysts in a dialogue. Make sure they have a clear understanding of your company’s strategy. Misperceptions and the lack of knowledge foster value gaps allowing activist shareholders to exploit under-valued situations. Investor relations firms can help uncover issues through Perception Studies by conducting interviews with members of the Wall Street community. Perhaps, modifications to your company’s financial presentations are in order or additional investor meetings are necessary to close the value gap.

• Engage, don’t enrage – Should a hedge fund manager come calling, it is the IR officer’s responsibility to foster a dialogue with management. Often, corporate officers are resentful of “meddling outsiders” and perceive hedge fund managers to lack a full understanding of the business and its issues. Remember they are shareholders too and are entitled to voice an opinion. It is the IR officer’s job to make sure that management is well-prepared to discuss its case with investors.

• Be prepared – The motto is not just for Boy Scouts, but for corporate managers as well. Should discussions with hedge fund managers lead to an impasse, be prepared for a public onslaught with the first salvo being an open letter to management, which, as noted earlier, will become public. A crisis plan should be already in place and “standby statements” at the ready as both the media and investors will have an interest in the story.

• Assemble the team – Even though a negotiated settlement is still possible, management should be advised to assemble a team which should consist of an investment banking firm, outside legal counsel, a proxy solicitation/stock watch firm and an outside IR firm skilled in crisis communications. Look for team members that have experience in your industry as well as in dealing with the activists your company is confronting. An all-hands meeting should be arranged at the first sign of trouble so that the various members can help analyze the situation and frame a communications plan.

• Be heard in the debate – Maintain an open dialogue with your institutional shareholders. Meet with them or contact them by phone. Your side of the story must be heard and your company’s strategic plans understood. You can rest assured that the other side will seek to influence other investors.

• Announce the plan – Far too often, management is revising its corporate plans when an issue emerges and communicating that plan almost as an afterthought. Once finalized, the strategic plan should be announced and communicated in follow-up meetings with investors to insure complete understanding of management’s thought process.

Remember that activist shareholders generally have the same objective as corporate managers – enhancing shareholder value that is more reflective of the company’s true worth and prospects. How that objective is achieved is where opinions between the parties differ.

Sometimes it comes down to a lack of effective investor communications rather than management ineptitude that causes a disconnect with the Wall Street community. While a strong investor relations program may not bridge all of the divides, it certainly is a step in the right direction. 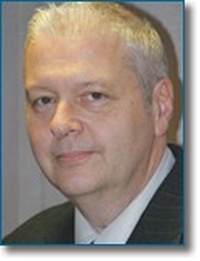