The Cost of the Cure


Around the world, cost-benefit analysis is increasingly being applied to determine the availability of prescription medicines and other treatments. As Gail Cohen reports, this is changing the structure of healthcare communications campaigns.

When President Obama signed the enormous $787 million American Recovery and Reinvestment Act (ARRA), which is widely known as the U.S. economic stimulus package, tucked into the legislation was a relatively small $1.1 billion allocation for so-called medical ‘cost effectiveness research (CER).’ This provision remained in the bill despite protests from many quarters and has been a point of contention in much of the recent healthcare reform debate. The CER is designed to measure the relative value and cost effectiveness of certain medical treatments.

This minor investment could mark a turning point in U.S. healthcare. Some believe it is part of a movement designed to push the country towards the adoption of a cost benefit analysis focused healthcare system similar to the one found in the European Union and other international markets. The pressure to shift to a cost-conscious and value-based approach to healthcare has been building around the world as the unrelenting growth in the number of people over the age of 65 in the wealthy world is forcing governments and other healthcare payers to uncover ways to drive efficiency.

In the EU, cost containment is not only a feature of a national healthcare policy; in many instances, it is becoming a guiding principal for major policy decisions. Even as the U.S. begins to grapple with its long-term healthcare policy, forward-looking healthcare companies are already recognizing this trend and have been adapting their communications programs to meet this new challenge.

The focus on cost containment has changed the way that pharmaceuticals, biologicals and other critical therapies now come to market. For decades, new therapies on their way to market were predominantly judged by their efficacy and safety. Once a new drug cleared these hurdles in accordance with the standards of the appropriate regulatory bodies, it was usually only a matter of time before the new treatment found its way into the marketplace.

Under this model, the communications programs for a new therapy would be a typical ‘share of voice’-focused campaign. This is where public relations would work to spread the word of a new treatment to medical professionals and other key influencers.

In many parts of the world, this formula is being upended. The term ‘market access’ is now used to describe the process of bringing a new therapy to market. This is because market access is no longer guaranteed for brands that would have been deemed safe and effective; cost-benefit is now equally an important factor on whether a compound comes to market.

The primary mechanism used to determine the cost-benefit of a given therapy is the so-called ‘health technology assessment’ (HTA). HTAs are mostly designed to provide cost benefit assessments for a proposed or current therapy. In essence, HTAs are designed to provide healthcare policy makers a framework in which to answer the question, "Is there a place in the market for this therapy given its cost, efficacy and the current treatment alternatives?"

The implication of the HTA is that there is a large but not infinite amount of resources that society can devote to providing every patient with the latest therapies. This is a marked shift from the healthcare policy of recent decades that often allowed medical professionals to choose a course of treatment from several different options. Instead, we are shifting toward a policy that attempts to whittle down the options available for physicians to those that have been deemed most cost-effective for the healthcare system as a whole. No longer will brand messaging focus on the "addition of an important therapy to the armamentarium of products" available but rather to the value of said compound.

The National Institute for Health and Clinical Excellence (NICE), which is a part of the UK’s National Health Service, has been at the forefront of the HTA movement. NICE has become a powerful voice in deciding which therapies will come to market in the UK. In recent years, NICE assessments have had a growing impact on health policy decisions made by other countries in Europe and even in Latin America and Asia. The German counterpart to NICE, the Institute for Quality and Efficiency in Health Care (IQWIG), has also become an important voice beyond its country’s borders.

The European Union has overseen the formation of the European Network for Health Technology Assessment (EUNETHTA) that is attempting to establish a framework for countries to share each other’s HTAs. Governments across the world are using HTAs by other countries to make significant decisions about the availability of prescription medications and other medical treatments.

The rise of the HTAs and the limitation being placed on market access are changing the structure of healthcare communications campaigns in many parts of the world. Many healthcare companies have realized that their brand communications strategies need to be developed earlier in the lifecycle of a therapy.

While pharmaco-economic data has always been of value, companies also need to re-define value in the here and now versus long-term data. How is said compound going to "save" not just lives, but costs this year, next year, three years, five years, and beyond? Redefining value is an entirely new approach. Value-based messaging, the likes of HTAs, has been mostly absent from the communications process until now. This is changing rapidly and it must. While not necessarily a pleasant process for the healthcare industry, refusing to adapt to this new reality will not make it disappear. As the industry attempts to meet the demands of the new marketplace (the realities of commercial, public and political drivers converging), companies and their communications agencies need to act strategically in this new environment. That means infusing value messages at every stage of the process (starting earlier) amongst an expanding and often disparate group of audiences and identifying integrated solutions.

While the industry should continue to advocate for fair compensation for new brands and therapies in markets across the globe, there can be little dispute that a brand launch strategy needs to now include messages that highlight a treatment’s short and long-term value proposition (taking into consideration the dynamic healthcare climate). Demographic and fiscal pressures will continue to force payers to place a premium on perceived value. Healthcare companies will need to respond with messages that match those expectations in order to continue serving the patient community – the reason so many of us joined this industry – to make a difference. 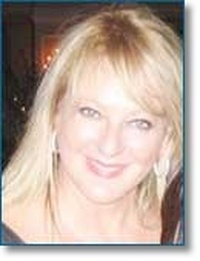