Stephen Elliott has spent some of his career coming to grips with the differences between US and British PR.

The obvious differences between English and American languages aside, there are some fundamental differences in the way public relations are conducted. This is due mostly to the differences in cultural values. The Brits will tell you, grudgingly, that they have more in common with their French neighbours culturally than they do with their American cousins. I discovered this and many other things being a Chicago-boy spending 10 years in Europe, PR-ing US, UK and Continental companies worldwide.

My little tome examines the UK and US media markets, what works, what does not, and where PRs from both go wrong. Surprisingly, for all the differences there are also some similarities too.

Okay, so the UK is comparatively minute in square footage to the US, especially if you’re from Alpine, Texas. However, the UK still has the largest media in the world. For example, just consider these statistics about the UK media market:

The UK media market is mostly concentrated in London or the Home Counties around London. It serves a population of only around 61 million people, of which more than eight million are found in London alone.

Unlike the US, where an “Us vs. Them” climate exists, there is largely a collegial relationship between UK and EMEA PRs and the media.

• In most cases – if you are honest and have your facts straight – no one will try to make their career off your client’s back. No Woodward & Bernstein types here. Okay, we have Jeremy Paxman, but…
• Rarely does the UK press try to “catch out” your clients. This is partly due to the size and competition in the UK media market; the press cannot afford to make enemies. The result is a healthy co-dependent relationship.
• UK PRs will find that often they even meet up socially at some point with members of the UK and EMEA press. It is a great way to learn about what inspires or motivates them. It helps make both your jobs easier.

I’ve had some fun and profitable times with them – as well as discovering some excellent clarets.

• The UK press is largely keen to establish productive relationships. I have actually won business and past jobs based on positive things about me that journalists and editors have said to prospective clients and employers.
• UK journalists are very sceptical as a rule. Hence, the media market is jaded as much as it is sophist.

Okay, American journalists are brash, OTT and can be rude. However, you should be aware that Americans are friendly, inviting, and proud of their hospitality. So are some journalists. They are certainly eager to learn what the rest of the world thinks – especially if it is about them.

The American media will be intrigued to speak with you because of your accent. You’ll likely hear on the phone: “Hey, where you from? Wow, England…I met a guy from Scotland once in Florida. Hard to understand him… Hey, what do you think of our president? So, why you callin’ me?!” All of this before you can get out your pitch.

Tragically, most Europeans mistake this as a sign of naivety.

Truth be told, Americans like to work with someone to whom they can relate. If time permits, an editor or reporter might fish around with questions about you, where you are from, and what the weather is like where you are, etc. in order to find a common ground quickly and exploit it. They are not stupid. You should do the same.

So, use your accent to your advantage – at least to keep them from hanging up the telephone 2.6 seconds into your pitch.

Make sure you know why you’re calling an American journalist, i.e. know why your news is important to their readers: the good, peace-loving, patriotic people of Doylestown, Pennsylvania; White Bear Lake, Minnesota; or Herndon, Virginia. Plus, they will appreciate that you are not a PR Muppet following up on a press release. Really.

North America (except Mexico) should be viewed as a series of more than 325 individual countries. Each state and its media market is a unique fiefdom with its own concerns and challenges. Doing the maths, this is quite a lot compared to those media markets of Europe…plus Asia, plus Africa, plus Australia and New Zealand. Would I be taking the Mick by adding the numbers of Latin America?

More than 10,000 radio stations in the US and Canada (apparently) and more than 2000 streaming on the internet

As with their UK counterparts, US journalists are very busy. They will be certain to tell you this regardless of the time of day, week, season you call…

No surprise there, then

The Great Wall – There is a clear divide between editorial and commercial functions of a US news organisation. Elsewhere, some editors have pressures to be a part time business development manager for their publication.

Perceptions and Ethics – US journalists are not allowed to accept any – any – gratuity.

• Lunch or dinner is often out of the question.
• Media trips might be allowed if there is more than a few non-competing journalists on the trip together.
• Transporting a crew to a remote location for a hard-to-get story is not allowed.

I remember explaining…at considerable length… repeatedly…to an Italian client why they could not just put the CNN crew on their corporate jet to film their processing facility and let them stay at the CEO’s Tuscan villa during the story development – not easy. I was heartbroken because he has a wine cellar to die for

• Be it company pens, USB drives, snow globes, computer bags, or inflatable Champagne bottles, US journalists cannot accept the least of any gratuity or promotional items in many cases. The food, fashion and film industries are almost the only exceptions.
• Traditional journalists are getting older
• Women journalists are not increasing in number
• Journalists of non-white ethnicity are slowly increasing
• Journalists are more likely to be university graduates
• Median income is nearly US$43,600 – this means you will buy lunch if they are allowed to meet you for lunch, which is highly unlikely.
• Fewer journalists say they are Democrats (i.e. liberals)
• Journalist training is the biggest influence on their news worthiness judgment – keep to answering the five classic interrogatives
• Investigating Government claims is of increased interest as a watchdog or sentinel, yet…
• Fewer journalists can justify undercover reporting
• More Journalists are using the Internet for press releases, corporate information and other research – Perhaps it is replacing microfiche and libraries of the previous generation?

For the most part, mainstream US journalists are not there to be your friend. They want a story. There is no such thing as “off the record.” Rarely is anything truly “deep background” anymore.

Be warned. Otherwise, try to have fun and learn as much as you can about their processes and preferences, and how you can be more useful to them. Ask their opinion. Every American likes this. Especially me. 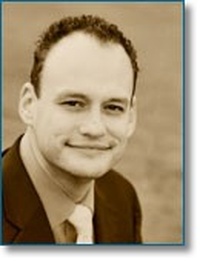