Japanese companies engaged in overseas M&A activity need to learn the lessons of the past, says James Weeks.

Japan is currently on its third major overseas buying spree in 20 years, with the value of outbound M&A in 2008 on track to break the all-time record of close to 9 trillion yen (over $90 billion).

As everyone knows, the previous two overseas forays, in the late 1980’s and late 1990’s, ended in tears as many Japanese acquirers sold for a loss and retreated home.

The stakes are high and the omens are mixed, but one thing is for sure: if they are to maximize success, they will have to find a way to communicate more effectively.

In private conversations, top Japanese executives readily concede that Japanese corporations are uncomfortable with self-promotion abroad, where communications challenges are much more complex than back home in culturally homogeneous Japan.

In fact, the Japanese tend to be much more comfortable underplaying strengths, for deep-seated cultural reasons and sometimes in the belief that being underestimated can be a tactical means to advance strategic goals.

But reluctance to engage the full power of communications overseas costs Japanese firms dearly. It’s a widely held view that Japanese cross-border acquirers continue to overpay, just as they did in the past. NTT DoCoMo’s recently announced offer for a stake in India’s wireless carrier Tata is just the latest among many harshly criticized deals, described by the Financial Times Lex column as in most respects “horribly déjà vu”.

A very serious argument can be made that playing a more sophisticated communications game would help Japanese acquirers achieve better terms – and also enhance the performance of acquired companies.

Many Japanese corporations (and, to be fair, many corporations from other countries as well) still focus too much on the ‘hard’ financial, legal and regulatory issues involved in an M&A campaign, at the expense of the ‘soft’ communications-related issues.

But the fact is that the ‘soft’ stuff – including management of cultural, social and political interests and differences – can be turned into very hard currency.

Anyone who doubts the power of the soft stuff in M&A situations should read Cold Steel, a recently published book co-authored by Gavin Anderson colleague Byron Ousey, recounting how India’s Mittal Steel won the battle for control of Arcelor of Luxembourg, at the time the world’s No 1 steelmaker. (Cold Steel by Tim Bouquet and Byron Ousey, published by Little, Brown 2008. Click here www.coldsteelbook.com for further information on the book.)

In specific terms, how can Japanese firms venturing abroad better harness the power of communications? Some Japanese firms are more skilled than others, and there are many views to be considered and respected. Here are four generalized prescriptions:

First, Japanese companies need to find ways to be more confident and aggressive overseas in promoting and leveraging their enormous strengths. Japan, still the world’s second largest economy, boasts world-leading companies across a range of strategic industries. Japanese firms tend to be long-term investors, and many have won respect overseas as responsible corporate citizens and excellent owners, who go to great lengths to retain existing managers. And right now, after several years of record profits, they are flush with appreciating yen – while their counterparts in other major economies struggle with the impact of the financial crisis.

Second, like the savviest Western firms, Japanese companies need to consider communications as an integral part of overall M&A campaign strategy, rather than as a late-minute afterthought – and make communications and public affairs advisors part of the core M&A team from the earliest possible stage.

What is required is a carefully pre-planned, sophisticated and comprehensive ‘charm offensive’, designed to win support among all critical stakeholders for the strategic, financial, political and social benefits of the proposed transaction.

Needless to say, the list of such stakeholders can often be long – including not only investors, analysts and other financial stakeholders, but also politicians, regulators, trade unions, think tanks, NGOs, industry bodies and others, plus employees, suppliers customers and business partners of the target company, etc.

Securing the necessary support of key vested interests will enhance the prospects of achieving a fair value transaction. Failure to secure the support can throw up roadblocks and unpleasant surprises that either scupper the deal or force excessive reliance on price to clinch it.

The media, mixing facts with rumors and news with opinion, have enormous power to affect stakeholder perceptions of value arguments and the overall merits of a deal. Any overseas acquirer, Japanese or otherwise, must fight to gain its share of positive local media coverage.

Since many Japanese firms are poorly equipped for overseas media warfare, they should bite the bullet and bring in – and rely upon – local experts who know every in and every out of the local media landscape.

Finally, Japanese acquirers, like many others, need to plan early to appeal to the sensitivities of target company employees and stakeholders, and to put in place post-acquisition integration plans. Many observers have been surprised at the lack of attention paid to this dimension of overseas M&A until the last minute, with frequently painful consequences. It is telling that initial skepticism about Nomura’s recent Lehman Brothers acquisition tended to focus less on the questionable rationale for the deal than on Nomura’s questionable ability to successfully integrate Lehman employees.

During the ill-fated overseas buying sprees by Japanese firms in the late 80s and late 90s, many acquisitions were opportunistic and poorly thought-through. In the heady 80s, prior to the collapse of Japan’s economic bubble, the primary focus was on trophy real estate deals. In the 90’s the target was mainly hi-tech firms.

This time around, the M&A focus is highly strategic, covering a range of key industries including pharmaceuticals, foods, electronics, financial services and others, and the stakes are much higher than before – because with a declining Japanese population and fading growth opportunities at home, successful expansion abroad is critical to the long-term prospects of corporate Japan.

Successful Japanese companies will have an increasingly important and constructive role to play in coming years in creating wealth and providing employment around the world.

To maximize the benefits of that role, for themselves and for others, it is imperative that they fully embrace the power of communications. 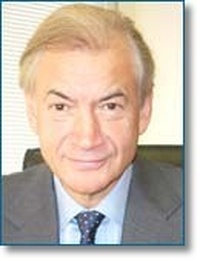