ITL #50 The climate change PR disaster: why is global warming so poorly communicated?


PR’s lack of strong senior leadership on global warming work is an embarrassment to the industry. By Bob Pickard.


As a public relations professional for almost a quarter century (split about evenly between North America and Asia Pacific), for years I have been trying to make sense of global warming from a communications perspective.
As far as I’m concerned, global warming is by far the biggest long-term challenge that our world faces. This problem can only be addressed if it is thought to be important enough – and urgent enough – for people (both elites and mass society) to think and act differently about climate change than they have before, and to do so in concert with each other.
I can only see that happening if the public relations efforts around climate change improve dramatically and drastically. That’s because right now, current communications – while no doubt earnest and sincere – are just not getting the job done (if, indeed, it can be done against the many daunting obstacles which this essay will attempt to partially describe).
Getting the whole world to believe and behave differently is a tall order, but that’s what we PR people do every day in the service of multinational corporations. I think global warming should be a ‘call to arms’ for the PR profession, because we’re supposed to be better than anyone at the mastery of persuasion that’s so conspicuously lacking from existing climate change communications.
I’ve been following this issue for decades as a loyal reader of Scientific American magazine (which sounded the alarm early), but it was only a few years ago – stimulated by Al Gore’s "An Inconvenient Truth" movie in 2006 and spurred by the UN climate change report published the year after – that climate change really broke through and got on the global ‘radar screen.’
The tide of coverage seems to have crested then and has been dropping since. If you look at the presence of either ‘global warming’ or ‘climate change’ in news headlines (as tracked by Google Trends in this graph), you will see that the former peaked in 2007 and the latter in 2010, with current attention levels significantly below the earlier highs.
It is remarkable how little has actually been done since then to deal with climate change – and the current lack of public affairs urgency is absolutely breathtaking.
Such an ‘existential’ threat to our world’s future should command much more mainstream media coverage than it is currently earning. Whether that is related to a decline in the business fortunes of the traditional media – especially serious news platforms – or the ownership of outlets is debatable.
I also do not see on social media networks the kind of intensity that climate change should properly merit (although that may be starting to shift). The coverage and conversations that do occur lack ample alarm given the potential enormity of the consequences for future generations.
There are many reasons why climate change is such a vexing communications conundrum; I don’t presume to have all or even most of the answers, but here’s what I have pieced together so far (in no particular order):
Download the complete article here. 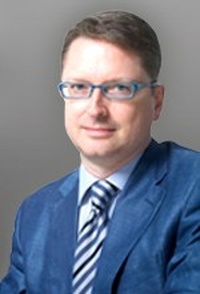 Having built successful award-winning public relations consultancies based in the United States, Japan, Korea, Singapore and Canada, Bob Pickard is one of the best-known executives in the international PR industry