Switching on the Power of TV

We still live in a world where most people believe that if something is on television then it’s true. A recent survey by MORI found that 63% of the British public believe television newsreaders tell the truth, but only 16% believe journalists.

No matter that newsreaders are themselves journalists who read words written by other journalists about stories presented by yet more journalists; in the eyes of the viewing public, they are trusted friends who are invited into their living rooms every night. Communications professionals who forget or discount this relationship are doing themselves and their clients a disservice. The inescapable truth is that as a way of getting your message across, television is unrivalled in its effectiveness.

The broadcasting landscape has changed and it’s set to change even further. The era of multi-channel television has brought exciting new opportunities for companies and individuals to control their broadcast image.

The development of 24-hour news channels and the proliferation of factual programming has made it much easier to get stories or even positive shots on air, and advances in internet and mobile phone technology mean the traditional view of what constitutes broadcast media is constantly being challenged.

All this choice, however, does not necessarily mean there’s more money available for broadcast campaigns. Broadcasters are also working under more financial pressures than ever before: redundancies, budget cuts, a dwindling resource base are realities for broadcasters the world over, and it’s set to get tougher.

For communications professionals this means that a carefully targeted, tailored and focused broadcast strategy will show dividends. When I was working as a television producer I was constantly surprised by the number of PR people who didn’t appear to have an understanding of what I was after as a programme maker. The result was more work for me, and a missed opportunity for them.

A good producer or editor will apply a filter to every story that boils down to one key question: "why should I care?" If PR professionals ask the same question with a degree of honesty and realism about the answer, they can formulate an appropriate broadcast strategy and also set realistic goals and expectations.

Communications teams need to put themselves in broadcasters’ shoes and ask some key questions. Who is the audience? Does the viewer profile match your target demographic? Is it the kind of story a particular programme runs? Will it look great? Watch your target shows and analyse the coverage.

A slick VNR full of graphics, music, and commentary may look great and the advertising agency may love it, but broadcasters will hate it. They want material they can edit, not material that has already been edited to within an inch of its life. Give broadcast reporters what they need - the raw material they can use to craft their own piece. Don’t waste money on flashy effects: think simplicity, long, steady shots and natural sound. Get it done right and good b-roll can and will secure airtime.

That’s the good news, but when things go wrong under the glare of the cameras they can go spectacularly wrong. When a crisis hits a company, the chances are that it will be beamed to homes across the globe. Whatever the nature and severity of the issue, using the broadcast media to make sure that your message is coming across loud and clear can sometimes stop a drama from becoming a crisis, or at the very least help control its impact.

Companies that fail to incorporate a credible and realistic broadcast strategy in their crisis plans will find out the hard way that the one certain thing in a crisis is that the media will be there and they’ll want information. Whether it’s a major tragedy, an issue of safety or a case of poor governance, when something goes wrong, it’s a story, and the once-friendly broadcasting beast can turn nasty.

A Diet Rich in Information

The best way to pacify that hungry beast is to feed it information – but beware, it would rather be fed little and often than be met with a long silence followed by more information than it can handle.

If there are developments, no matter how small, that can give a reporter something to say without making the situation worse, give it to them. If you don’t, someone else will, and they may well have their own agenda that either confuses or drowns out the story you want told. Working with broadcast journalists rather than against them helps control the message and manage any damage.

The rules of engagement are simple and apply to sell-ins and crises alike. Understand the needs of the broadcast media, know the market and identify the opportunities that will best support your message. Then sit back, turn on the television and enjoy. 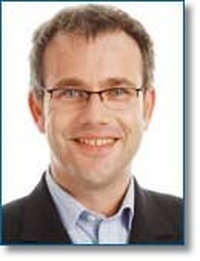 Nick Rabin, Head of Broadcast, Weber Shandwick in the UK and former editor of the ITV Lunchtime News.