Brands that dabble with sustainability can be accused of greenwashing. Diana Verde Nieto offers advice on delivering successful sustainable communications.

Over half of the people surveyed by the National Green Buying Survey (2009) are purchasing just as many green products now as before the economic downturn, while 19% say they are buying even more. There’s a clear and growing market for ‘green’, but how are businesses responding?
Many brands have reacted by spewing a whole lot of hot air into the marketing space with unsubstantiated ‘eco’, and ‘green’ claims. This has led to the emergence of a new term, ‘Greenwash’ – the deceptive use of green marketing.

The response from the NGO community and the media has been emphatic. CorpWatch announces monthly Greenwash awards and Greenpeace has launched a campaign – http://www.stopgreenwash.org/. The Guardian even has a blog dedicated to exposing Greenwash.

Consumers in the UK aren’t buying it either – in 2007, there was a 500% increase in complaints to the Advertising Standards Authority about green marketing claims, and recent research shows only one in 10 consumers trust green product claims (Brandweek 2009).

So how do brands avoid greenwash and become hot stuff in this new market? At Clownfish, we believe that it is not about turning brands green overnight or using ‘green’ iconography. Instead, it is about creating compelling communications, underpinned by fact, with a clear call to action for consumers.

Being green and being seen

There is an opportunity for brands that create effective sustainable communications to stand out in a crowded market and gain a competitive advantage. Even a simple and interactive CSR report, like H&M’s, provides digestible information for consumers about what H&M is doing to reduce its environmental impact. On a grander scale, the launch ofDearCadbury is a fun and interactive way to engage consumers in Cadbury’s commitment to responsible business.

Perhaps our favourite is clothing company Patagonia’s The Footprint Chronicles. This micro site (www.patagonia.com/usa/footprint/index.jsp) celebrates the achievements Patagonia has made on its sustainability journey, while being transparent and honest about the areas it needs to improve.

Transparent and authentic communication is important because it can help to build trust and loyalty with consumers – valuable assets in today’s market.

What consumers really want to know is that brand image is matched by company behaviour. According to recent research, 81% of people place more importance on what companies do rather than what they say (The Drum 2008). And not doing this properly is risky, because most consumers only give companies one chance to get their environmental communications right. In fact, only 11% will give a company more than one chance (The Drum 2008).

So what does it take to create successful sustainable communications? We believe there are four principles, which, like any good marketing concept, conveniently fit into four words starting with the same letter: credibility, clarity, consistency and conversation.

Credibility: this means no more fluff. Communications have to be underpinned by robust, verifiable technical data. This may not sound exciting, but it’s important, because sustainability communications without substance are being singled out by NGOs and even being banned (The Guardian, November, 2007).

Clarity: clear, genuine, authentic messages promote transparency, and research shows there is a positive correlation between transparency and trust. This means that instead of making vague statements about being “eco-friendly”, touch points need to be tangible. 88% consumers have a positive association with the concept of energy efficiency, while only 61% feel the same way about “green” (The Shelton Group, October, 2008). Eco-labelling, while sometimes helpful, does not always provide clarity. When Boots, a British retailer, surveyed its consumers after labelling a range of shampoos with its carbon footprint, they found that 28% didn’t know that a product’s carbon footprint was related to climate change (Climate Change Corp, January, 2008).

Consistency: sustainability is not a trend. In fact, at Clownfish, we believe it’s the business model for the 21st century. Sustainability is systemic, and not about tackling single issues, and as such, principles should be applied consistently across business processes. Companies need to develop long term sustainability strategies that are matched by rigorous business discipline, and create a movement, not a campaign. Consistency is also important in the sense that messages must resonate with the company’s existing voice in the marketplace.

Conversation: in the old world of the Mad Men, the brands that won were those that told the best stories. But digital is changing this and in the new world, the brands that win will be those whose consumers and other stakeholders tell the best stories. It used to be a one-way narrative, and now it’s a two-way conversation. Tap the interactive potential of the Internet to engage your critics as well as your fans, get penetration into the blogosphere and create a clear call to action for your consumers. 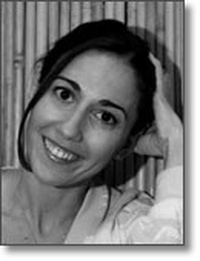 Diana Verde Nieto is the CEO of Clownfish, a sustainability and communications consultancy. Clownfish offers clients a range of discrete tools to evaluate unrealised sustainability opportunities in their products and processes and embed sustainability at the heart of their brands. Diana, an Argentinian, founded Clownfish in London in 2002 and is now predominantly based in Shanghai.