Gordon Coulter objects when disparaging terms are applied to the work of serious corporate communications practitioners. It is truth rather than spin, he asserts, that builds reputation in the long-term.

Is it just me or has the image of the public relations consultant nose-dived over recent years?

From taxi drivers to tax accountants people’s reaction on hearing my profession is almost universal, “Ahh, you’re a spin doctor!”

And they’re the polite ones… ‘professional liar’ and ‘media manipulator’ are other more colourful assessments.

Well, I am not a spin doctor and never will be. Spin doctoring comes from another world – the world of politics. After all, it was in reference to a political event, a Mondale/Reagan presidential election debate that the term ‘spin doctor’ made its debut in The New York Times on October 21, 1984.

The article, “The debate and the spin doctors” reported: “Tonight at about 9.30, seconds after the Reagan-Mondale debate ends, a bazaar will suddenly materialise in the press room of the Kansas City Municipal Auditorium. A dozen men in good suits and women in silk dresses will circulate smoothly among the reporters, spouting confident opinions. They won’t be just press agents trying to impart a favourable spin to a routine press release. They’ll be the Spin Doctors . . .”

Politicians and their media advisers may well be ‘spin doctors’ but those of us engaged in the area of corporate public relations can’t afford to be.

Spin is all about a short-term solution whereas corporate communications is about building and protecting an organisation’s long-term reputation.

Reputation is built on truth, integrity and trust often over many years.

It is no surprise to find not one of the top 10 most trusted brands in Australia have been around for less than 50 years, with half of them founded more than a century ago.

The fact is ‘Spin’ doesn’t cut it in the real world.

Whether it works in politics is also debatable given the Australian Reader’s Digest Most Trusted People 2007 survey rated politicians as the least trusted profession.

Unfortunately they shared this dubious honour with those other paragons of virtue – ‘used car salesmen.’

It’s hardly comforting to know our politicians are rated as less trustworthy than psychics and sex workers. The rules are different for politicians, as is the way the media relates to them. Let’s look at the differences.

In politics, 24 hours is a long time. It seems if you survive the media spotlight for a day, it’s likely the news agenda will move onto the next hot topic.

In business, an ‘issue’ doesn’t evaporate at the stroke of midnight.

Politicians often set the media agenda whereas in the corporate sphere, it is the media who determine what’s in the public interest.

Imagine having the luxury of a dedicated team of journalists whose sole job is to report on your activities. It’s why government ministers can almost guarantee a full house at a media conference and obtain coverage from a woefully contrived ‘photo opportunity’.

You will rarely see a CEO blatantly refuse to answer a question or trot out key messages ad nauseum as an answer regardless of the actual question, yet a politician will do it routinely.

Every answer and every interview contains the same buzzwords and clichés. For those Australians who have just survived a year-long Federal Election campaign, we never want to hear the term “working families” again. We knew we were in trouble when Kevin Rudd managed to use it no less than 12 times in his campaign launch speech.

Nor do our clients have the ability to pick and choose which journalist from many making requests will be granted an interview.

Politicians can also miraculously disappear and suddenly be unavailable when the media scrum starts circling.

There are also other key differences such as the resources available to government ministers. Australia’s Federal Government media unit is probably ten times the size of a major corporation’s public affairs department, and its media monitoring is second to none. Imagine being able to have party officials assigned to listen to each radio station in the country to enable an immediate response to a perceived criticism or to identify an opportunity to push the party line.

But what is the biggest difference of all? Frankly, the public’s expectation of politicians is so low that they can afford to lie, fudge or be loose with the truth.

The electorate accepts promises will be broken to the point where post-election, politicians can explain without shame which of their commitments were ‘core’ promises or not.

For those of us who advise the board or the boss in times of trouble, we know you can only deal in the truth. It’s the only choice. Those who lie and deceive not only lose credibility, they actually put their liberty at risk and can ruin an organisation’s century-old reputation that was placed in their trust.

So let’s not meekly accept the tag of ‘spin doctors’, even if it is made in jest. It’s not what we are, it’s not what we do and every time the term goes unchallenged, it is yet another blow to our profession’s diminishing reputation. 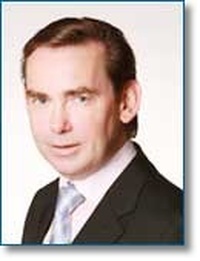