Reality Distorted by Photoshop and Bias


What is quality news media? Who defines it, and – most importantly – who delivers it? These are burning questions in our social media age. By Nikos Drandakis.

In July 2006 Lebanon was shaken by the war between the Hezbollah paramilitary forces and the Israeli armed forces. Beirut was bombed for many days by the Israeli air force, navy and army. Adnan Hajj, a Lebanese freelance photographer working for Reuters, sent more than 900 images from Beirut and other places in Lebanon. In a rush to communicate the drama of the war, Reuters and other big Media outlets broadcast Hajj’s images showing bombed areas and desperate children.

In August 2006, a small political blog named Little Green Footballs (www.littlegreenfootballs.com) discovered that one of Hajj’s pictures contained “blatant evidence of manipulation”. The photographer used Photoshop in order to show far more smoke from the bombings than the actual image contained. He wanted to make the image more dramatic and appeal to the world’s sentiment. Hajj was fired from Reuters and his pictures were removed from all Media properties.

The story was one of many in a line of incidents where blogs and Social Media websites get involved in the creation, spreading or fact checking of the news. An army of millions – bloggers, podcasters, youtubers – is out there challenging the credibility of traditional Media, providing alternative sources of information, knowledge, and opinion. How does this new trend affect the Media industry and its responsibility in relation to society?

The quest for quality

The fact of the matter is that Media companies act both as carriers and barriers when it comes to corporate responsibility and sustainable development. While the media sector often plays a central role in catalyzing change in other sectors, it has not – perhaps understandably – turned the lens on itself.

In Greece, a public opinion survey conducted by the Panteion University of Athens and the local Institute of Communication, revealed that the vast majority of Greek citizens (85%) are expecting media companies to deliver quality news and entertainment content. Expectations and criticism are rising even higher when it comes to transparency issues regarding the complex nexus of interdependencies among media, politics and other commercial interests.

Respondents strongly support the idea (93%) that media companies should be accountable to public scrutiny, following the corporate governance, accountability and social/environmental reporting model that other leading corporate sectors are adopting. Overall, Greek citizens are pointing to the recurrent issue of fading public trust in the ability of governmental and regulatory bodies to address media responsibility issues and to strike a balance between profits and principles. Even Journalists are considered as part of the problem, unwilling or unable to act as change agents (81%).

Society will put new pressure in the form of Social Media – everyone’s ability to create, deliver, and share news and content. The people formerly known as the audience are now the New Media channel that will not only ‘pressure’ traditional Media to put society’s needs in first place, but will completely transform their business models in the fullness of time.

The essential infrastructure of news and media has changed forever. There is no control point anymore. When anyone and everyone – citizens, witnesses, commentators, officials, journalists – can publish and broadcast as events happen, there is no longer any guarantee that news and society itself can be filtered, packaged, edited, polished, or secured. Media loses the Media Monopoly.

So what is the relationship of big, old, centralized media to this new, small, decentralized architecture of news? What does the old media need to do? They need to adapt and connect to the new. They need to link their audiences to reporting at its source – where new media delivers news where it happens real time. They will try to confirm the authenticity of what we see, but they won’t have the time or means to check the accuracy of that, either, so they will have to issue caveats and we, in the audience, will have to understand those caveats just as we understand today that everything we see from a live report – from the Iraq war or the Beirut bombings – is live but may not be correct or accurate.

So now take recent news events and imagine them shared live, by the witnesses at the scene. Would such coverage of Katrina have spread better information or more misinformation? Would live 7/7 coverage from mobile phone to mobile phones have saved lives or caused panic?

So now Media responsibility is an idea that appeals not only to a few Media outlets, but each and every one who has a camera phone, a blog, or a YouTube channel. Each and every one will be able to fact check on others’ news reports – whether it is traditional or new Media.

This open-source and crowd-sourcing model of media responsibility will eventually re-model how governments, regulatory and professional bodies are functioning. It will enforce and disseminate a new political culture of ceding control and responsibility to every one of us in order for media to regain their public legitimacy through instant open cross-checking platforms of reviewing, correcting and improving the quality of public information. 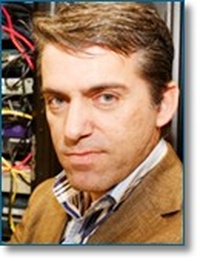 Nikos Drandakis is a well-known blogger and social media consultant based in Greece.