By extending the scope of Public Private Partnerships to involve civil society, Harriet Mouchly-Weiss believes the enlightened self-interest of Corporate Responsibility can deliver even greater benefits for businesses and the wider world.

In these difficult times, corporations inevitably are accused of focusing on their own interests at the expense of the public’s. The somewhat shaky belief in the business acumen and honesty of both Wall Street and big business has been further undermined by their perceived role as villains in the economic crisis. Given the current regulatory bent of government, with activists and a large portion of the public cheering them on, it is high time for corporations to step forward and highlight their record of acting responsibly.

We believe that this can best be accomplished with outside help – no, not from public relations counselors, although they surely will prove valuable - but rather from the very activists and government that, ignored, can become adversarial.

Public Private Partnerships are traditionally viewed as uniting government and the private sector to achieve a social purpose. We believe they should be re-defined to incorporate civil society, so that the strengths of all three key actors can be united to achieve goals that advance their agendas.

Corporate Responsibility comes into its own

Once viewed as an oxymoron, Corporate Responsibility has rightly come into its own over the past several years as a legitimate corporate philosophy – one that serves all stakeholders well by viewing business and social activities as mutually supportive in the quest for a fair return on shareholder investment.

It is not philanthropy; it is not cause-related marketing; it is not mere regulatory compliance. It is much more. It is a public commitment to standards of behavior and values that drive a company’s profitable, sustainable growth while having a positive impact on society through its economic, environmental and social actions.

This is a top-down commitment, led and communicated by senior management so that there is no doubt, internally and externally, that this is what the company believes in and this is how it does business.

It has nothing to do with exploitation and everything to do with enlightened self-interest. Help your suppliers improve their knowledge and productivity and you in turn are supplied with better quality product at a lower price. Help your employees and their families to stay healthy and achieve a decent quality of life and you get fewer accidents, less absences and greater productivity and dedication. Help the communities where you work and where you and your employees live and you foster a positive environment that helps your business thrive. Net, doing good helps your bottom line.

Even with the best of intentions, however, corporations often cannot achieve this marriage of business and social goals alone. Collaboration with credible, external actors from civil society and government often help – not only by uniting their strengths but also by calling a truce to the warfare that can result when their goals are not aligned.

Each brings its own strengths – financial and marketing power, credibility and transparency, regulatory authority and more – to achieve goals that satisfy the needs of each. When the enlightened corporation sees the welfare of its suppliers, employees and communities as key to its business success, it follows naturally that it can find common cause with civil society and government that sees that as an end in itself.

Not without some reason, the private sector has often been leery of any involvement with civil society and government; and civil society, at least, has reciprocated the feeling. Clearly there will be some organizations that simply cannot work together, given emotionally-invested, very different points of view. But enlightened activists and governments, as with enlightened corporations, can and do find ways to work together productively.

A few years ago, the World Health Organization was working on its Global Strategy on Diet, Physical Activity and Health and sought private sector input to test and refine its thinking. Working with the Prince of Wales’ International Business Leaders Forum, a group of food and beverage companies was brought together to serve as advisors to WHO, providing insight that materially assisted in development of the final strategy.

The United Nations Office for Partnerships (UNOP) exists in large part to assist in the formation of PPPs among United Nations organizations, the private sector and, often, civil society or national governments. For example, on 12 May 2010, the Executive Director of UNOP, Amir Dossal, spoke at the U.S. Department of State as part of the Interagency Policy Seminar on "Partnerships for Smart Diplomacy," whose goal is "...to inspire State Department leaders and other public and private sector professionals to think creatively and entrepreneurially about building strategic partnerships between the Department of State, the private sector and civil society." The Department’s Global Partnership Initiative was launched in 2009 with the support of UNOP.

The use of PPPs to bring together corporations, government and civil society toward a common end has been growing steadily. Because it brings together the key actors to work toward a common goal, the PPP is a legitimate, effective and increasingly used tool to assist corporations in executing major elements of their corporate responsibility programs, and, incidentally, to improve their tattered image. It merits thoughtful evaluation by corporate leadership. 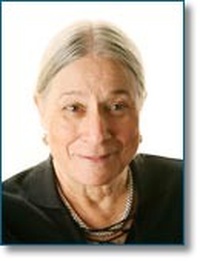