Raising the Profile of PR


Are PR practitioners members of a profession or members of societies and associations, ponders Derrick Pieters as he calls on the industry to use its skills for its own advantage.

The practice of Public Relations has come a long way and the Associations and Societies formed to promote the professional development of their members have helped its journey towards recognition as a profession. That journey is still in progress. However, have our Societies and Associations been too insular in their approach to the programs and processes leading to obtaining professional credentials and further specialization, and in so doing overlooked promoting Public Relations Practitioners as professionals?

Public Relations has had an interesting history. Evolving from a function that originally focused primarily on special events, advertising and obtaining positive publicity for a product, organization or group, to a professional skill used with great effect by major corporations, governments, special interest groups and individuals to create mutual understanding and build bridges between them and their respective audiences. The problem, or challenge, as we euphemistically term it nowadays, is perception.

While many major corporations have elevated Public Relations Practitioners to executive management, there is still little general knowledge and acceptance of the role, responsibilities, skills and competencies required to function at the various levels of the profession. In Canada, this is evidenced by the varying, and sometimes surprising, job descriptions seen in recruiting advertisements for PR/Communications positions. There is also the negative effect of the frequent pronouncements in the news that ‘such and such’ was merely a PR ploy.

This negative perception that we are still trying to overcome of being ‘spin doctors’ and ‘flaks’ by some was probably influenced by the fact that, during the evolution of the profession, many who carried out the function were required to be dispensers of largesse to influence positive publicity. This resulted in the fragmentation of the profession as the need arose to avoid use of the PR title and the negative, and almost disreputable, connotation that it had developed. This resulted in new terms being coined to rename Public Relations, e.g. Communications and Public Affairs, and the development of areas of specialization - Community Relations, Issues Management, Reputation Management, and Media Relations, to name a few.

Compounding this situation is the fact that we never agreed on a universal definition of Public Relations. Dr. Terry Flynn, APR, Professor & Director of the MCM Degree Program at the DeGroote School of Business at McMaster University in Hamilton, Ontario, reports that there are over 450 published definitions of Public Relations in existence.

It has been said that we are like the cobbler’s children. We do not use our training and expertise to our own benefit. We need to use the professional skills we possess to launch a deliberate, planned and sustained campaign to market the profession and raise the professional profile of Public Relations Practitioners.

There are several steps that we can take and in the Canadian Public Relations Society we are embarking on such a marketing process. This year, the Society embarked on a branding initiative with the recreation of a distinctive wordmark for the APR credential intended to be used by accredited members of the profession, and throughout our 60th year the Society will be promoting our profession in 2008. The Society will define clearly, what it is that we accept as the practice of Public Relations, and publicize it.

To date, there has been a dichotomy of the profession – the experiential and the academic. These need to become inseparable components of the profession and must be seen as a necessary mix that supports professional standards. There is also a need for harmonization of the curricula of post-secondary institutions that offer courses, certificates, diplomas or degrees in Public Relations/Communications studies.

In Canada, the Canadian Public Relations Society has launched an Education Council aimed at examining this and at the same time obtaining input from industry representatives to determine the public relations skills and competencies required in the workplace by industry and governments.

The Global Alliance has given us the opportunity to compare and standardize professional accreditation criteria on the international stage through reciprocity agreements. Documentation of the skills and competencies required to practice Public Relations can be developed and used to educate and inform CEO’s and senior public officials about what PR professionals can contribute to their organizations; and Human Resources professionals who draft the job descriptions can be made aware of the skills and competencies to look for. 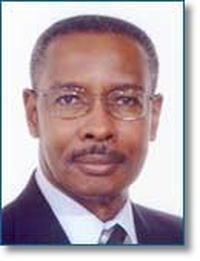