With the changing media landscape, companies in Germany expect new qualities from their communication consultants. Astrid von Rudloff assesses new corporate needs and their implications for agencies and their service offerings.

2007 was another boom year for the German communication industry – an average growth of 11.7 per cent (source: PR Journal turnover ranking) among Germany’s PR agencies and a tight labor market within the industry prove that. Like its predecessor, 2007 was a year of change, but with a new focus.

Whereas 2006 was marked by communication agencies trying to clarify their own identities, roles and borders within an increasingly complex media and communications landscape, 2007 highlighted how those changes influence the dialogue with, and the communicational needs of our clients.

A 2007 nationwide study by the Association of Germany’s Leading PR Agencies (GPRA) and the University in Leipzig proves how recent developments in communication have now advanced to a point where they have permanently changed and raised companies’ expectations of their PR agencies’ skills. The qualitative study Change in the Communication Landscape – Change in PR? consulted communication managers representing a diverse spectrum of leading companies all over Germany, focused on the question of what new requirements companies see for successful PR agencies of the future.

The results were univocal. Fundamental changes in media structure strongly influence PR practice. Combining a company’s strategy and communication as well as choosing suitable measures for its highly differentiated target groups is getting harder.

This raises expectations in transparent processes, evaluation methods and regarding cooperation with the PR agencies. Indeed, the majority of communication managers polled said they were willing to invest significant sums of their rising budgets into consultancy regarding technological and social developments, pilot projects as well as the setup of new staff resources.

Professor Ansgar Zerfass from the University in Leipzig, who authored the study, explains: “The traditional focus on media relations, corporate publishing and events is no longer sufficient. Dialogue ability throughout all communication channels is what is needed – not just a fashionable turn towards social media without linking it to the own strategy.”

His 2007 European survey European Communication Monitor 07 (see chart below) proves that this is not only true in Germany.

The six central findings of our study outline the core challenges that the German PR industry is, and expects to be dealing with:

• 1, Companies want their PR agencies to be trend scouts and navigators regarding the ongoing media changes.
• 2, they expect their PR consultants to provide the ability for dialogue throughout all existing communication channels.
• 3, competences in the field of moving images and face-to-face communication should be extended.
• 4, special knowledge should be profiled more distinctly.
• 5, communication processes and functional chains should be made transparent and comprehensible.
• And 6, PR consultants should become true sparring partners for communication as well as strategy issues.

Those results attest to the demand for PR agencies to adapt their set of tools and their positioning to the altered circumstances. The GPRA agencies in Germany have started to align themselves with these changes, especially in terms of developing tools based on dialogue and participation. These were important first steps, and the development will continue in 2008.

2007 was also a positive year for the media business in Germany. After it was pronounced dead in the late 90’s and the stock prices of major media companies fell dramatically, the industry is now recovering. Despite a number of spectacular mass lay-offs in Germany over the last year, especially regarding newspaper staff, unemployment in the media sector has significantly decreased. The number of jobless journalists went down from 7,097 in 2003 to 4,087 in 2007 (source: DFJV Deutscher Fachjournalisten-Verband).

One of the reasons for the rise in recruitment within the media sector as well as PR agencies is the growing share of online communications. More and more publishing houses and media companies understand the importance of focusing on the internet – not to just recycle their print articles or TV/radio contributions, but to build top-quality online platforms which address more than the Web 2.0 generation.

So far, only a small number of those online portals pay for themselves, but the opportunities are growing with the continuingly upward trend of the online advertisement market. In 2007 alone, 976 million Euros was spent on internet-ads in Germany (source: BITKOM/Thomson Media Control). It started with 174 million Euros in the first quarter of 2007 and ended with 348 million Euros in the fourth quarter – an impressive development that is expected to continue.

It wasn’t without reason that Holtzbrinck, one of Germany’s largest media companies, bought up StudiVZ, the German equivalent to Facebook, for more than 100 million Euros in 2007.

Social communities like StudiVZ, blogs, discussion platforms, video portals and additional Web 2.0 tools will gain even more importance in the years to come. In the future, PR agencies – and communicators of any kind - will have to pragmatically focus on the emerging world around them. They’ll have to keep pace and grow with the evolving communications landscape, recognizing that new technologies are based on the same core principles as those that fuel the communication industry: two-way communications and fostering relationships.

Changes will come with the new government to be elected in November, but the impact on global business will last beyond that. The other crucial event from a communication perspective will definitely be the Olympic Summer Games in China.

While it remains to be seen if companies and PR agencies will be able to pursue their strategies or if they will have to do a lot of adapting, one way or another, there will be a lot of reputation management involved. And this again is good news for the communication industry – not only in Germany. 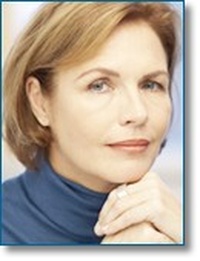