New Opportunities in the Arab World

The communications landscape across the Middle East and North Africa has changed radically since the first Gulf War in 1991 and this pace of change has been accelerated over the last few years with the unprecedented and sustained rise in oil prices (Thank you China! Thank you India!), fuelling an economic boom that makes the first oil boom of the 1970s and ‘80s pale by comparison.

MENA used to be a blank on most corporate site maps. Today this is changing. The sustained prosperity in the region combined with tangible reforms has encouraged more and more businesses to take the leap into the deep end and set up shop. The Dubai paradigm has made Arab governments more business friendly.

According to The Economist, $1.9 trillion dollars of real estate and infrastructure developments are transforming Arab societies from the United Arab Emirates to Morocco. Gargantuan economic and educational developments are under construction, including, in the Kingdom of Saudi Arabia, the vast $26 billion King Abdullah Economic City and the revolutionary $10 billion King Abdullah University of Science and Technology, designed to be the first coeducational academic institution ever established in Saudi Arabia.

Telecommunications is becoming a huge economic and social force across the Arab world and the opening of stock markets and financial catchments like Dubai International Financial Centre have finally convinced the international financial community to put down roots in the region. The travel and tourism sector is thriving as never before with massive resort and mixed-use developments in almost every country in the MENA region.

Even the most introverted and protectionist Arab regimes are now encouraging Foreign Direct Investment. And, conversely, Middle East governments and entrepreneurs are venturing out well beyond the region to invest in Europe, Asia and the Americas. Gulf Sovereign Wealth Funds are going on mega-shopping sprees in Europe, America and Asia. Prince Waleed bin Talal’s global investments are now the stuff of legend. The Kuwaiti retailer Al Shaya Group has recently won the Starbucks franchise IN RUSSIA! And Dubai World’s failed attempt to take over New York Harbour (boy did they have the wrong PR agency) hit headlines around the world.

Not surprisingly, the media environment across the region has experienced a breathtaking transformation. Audiences throughout the Arab world, raised on state-controlled media designed to limit the inflow of information and manipulate public opinion, now have access to a deluge of information and entertainment opportunities that would have been unimaginable 17 years ago.

This region also has an exploding digital environment – some industry experts say it is the fastest growing on earth – in which social media has become the primary form of communications among young people in once isolated and heavily censored societies like Saudi Arabia and everywhere else in the region. Youth is a major driving force in all this change. The Middle East has an alarmingly young population with 40% currently under the age of 20 and 60% under the age of 30.

Impelling all this demonic hyper-activity, either overtly or implicitly, has been the tragic fall-out from 9/11, the rise of Islamic extremism and the equally extreme neo-conservative reaction that led to the awful and endless military misadventures in Iraq and Afghanistan. There is now a virulent undercurrent of anti-Americanism (and, by extension, anti-Westernism) raging across the Arab world. What a change from when U.S. troops were seen as heroic liberators during Desert Storm!

The implications of all this for the practice of public relations are staggering. There is a desperate need for cross-cultural communications and interfaith dialogue. The process of privatization of once state-controlled enterprises has opened up a vast range of business opportunities for communicators. As governments become more open and responsive to the outside world and to their own people, there’s a growing need for public affairs expertise.

Arab institutional investors and sovereign wealth funds need to allay deep-seated doubts, fears and prejudices as they venture into Europe and the U.S. The entry of new first time companies into the region demands experienced communications counsel. Better financial communications might have prevented or at least mitigated the effects of the 2006 stock market crashes in the Gulf.

For public relations companies to work productively and profitably in this dynamic, troubled and prosperous region, they have to change their approach. Most global public relations companies operate in the Middle East with neo-colonial fear, loathing and arrogance, bringing in pale faced ‘experts’, who are here today and gone tomorrow, to do the heavy lifting and using locals as token account handlers and translators.

There has been virtually no genuine investment in PR capacity building. Very few international companies have made any attempt to seriously train local practitioners and build a local PR industry. ‘Think globally, act locally’ is a canard in MENA.

There is a lot of talent in the Arab world but it needs to be tapped and nurtured. Global public relations companies need to behave differently in the Middle East and North Africa, entering the market not only to build business and make money but to contribute to the societies in which they work through education and skills transfers to develop local expertise and capabilities. This takes commitment and a triple bottom line approach to our business.

As a home-grown practice with a decade in the field I can tell you that this approach pays dividends and we have found a partner in Fleishman-Hillard International Communications that understands this, has made the commitment and is working closely with us to train a generation of young Arab public relations practitioners who will be truly able to meet the growing and diverse demands for communications in this promising and challenging part of the world. 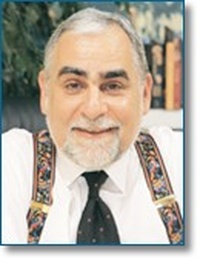 Haroon Sugich is co-founder and Chief Operating Officer of Trans-Arabian Creative Communications (TRACCS), which operates in every country in the Middle East and North Africa. TRACCS is the exclusive affiliate for Fleishman-Hillard International Communications in the MENA region.