Search is Changing the PR Business


Ronnie Simpson talks about the biggest transformation to hit Marketing and PR in 30 years.

The most recent Annual IT Confidence Survey by Eurocom Worldwide, the Global PR Network, highlights what is probably the biggest change in PR and marketing of the past few decades. The overwhelming majority of the 350 global senior technology executives surveyed confirmed that Search, through engines such as Google, is the most important development in marketing in the last ten years.

The survey shows that four out of five executives (79%) highlight the importance of search engines and their impact on corporate communications and marketing.

We are living through a fundamental shift, not just in how technology companies but all organisations are embracing the Internet as an engine for marketing. This now applies across all sectors from business-to-consumer (B2C) to business-to-business (B2B).

The good news for PR is that the work we do boosts Search Engine Optimisation (SEO). Millions spent on traditional advertising will do nothing to boost SEO. But a good story will.

We have concrete evidence of this. Working with Eurocom UK partner Six Degrees we helped launch a company called Enterprise CRM (now Saaspoint) into the UK market. At the media training by the always excellent David Tebbutt (one of the original grey beards) he pointed out that Enterprise CRM was not a good name for a company as it wasn’t searchable: i.e. when you Googled Enterprise CRM you get thousands of references to Enterprise CRM offerings by other companies. It was just too generic.

But post launch, an interesting development happened when you Googled ‘Enterprise CRM’. The company itself appeared high up the pages largely due to the online media coverage that the launch generated.

This also highlights another big change in the PR market. In the past European clients had a rather sniffy attitude to online news. If it wasn’t in print media such as the FT then it didn’t happen. In fact today, if it is not searchable then it might as well not have happened. Online news coverage has become more important not only because it feeds into SEO but because people are increasingly getting their news online directly to their desktop, laptop or PDA.

Of course we have been here before during the dotcom boom when the demise of print media was forcefully and wrongly heralded. Print media will not die but Google has changed the rules. Search is the new ‘word of mouth’ whether you’re looking to buy an MP3 player or hire a PR agency.

If any PR executive Googles his or her name (go on admit it, you’ve all done it) you will find a significant number of references to your name at the bottom of client press releases you have issued.

Daryl Willcox founder of DWPub (http://www.dwpub.com/) puts in perspective the recovery in importance of the formerly scorned press release when he wrote recently, “Back in the late ‘90s when I was working as a hack on business magazines, the press release was seen by the PR community as an old-fashioned tool. Instead, there was a definite trend towards ‘one-to-one’ PR. Press releases and press conferences were out and cosy meetings with company spokespeople were in.

“Of course, the press release never died...And now, with the massive growth of digital media the humble press release is experiencing something of a renaissance. What’s driving the press release back into fashion is the fact that when press releases are made available online they become valuable on a number of different levels. It’s not just about reaching journalists, it’s about online visibility, reaching social media and driving traffic to client websites.”

While the press release is making a recovery the jury seems to be still out on the merits of corporate blogging. The Eurocom Worldwide study found that almost one in three (28%) of respondents say that they or their company have a blog. 16% expect to adopt one in the next year.

However, the survey findings highlight that nearly half of all respondents (47%) do not blog. Respondents’ main reasons for this are that they don’t see the value (42%) or it is too time consuming (32%).

Of those who blog, 50% do so to improve interaction with public or customers; 21% blog to participate in industry debate and issues; 19% blog to raise profile; and 10% to boost Search Engine Optimisation (SEO).

Corporate blogging requires a major time dedication and resource as well as a commitment to transparency which may not sit well with many traditional corporates. However, its value in terms of search engine optimisation and interaction with publics is potentially significant.

No, there has been little change in how we have conducted PR over the last few decades. But hold on to your hats folks – you are now living through the biggest sea change in 30 years. 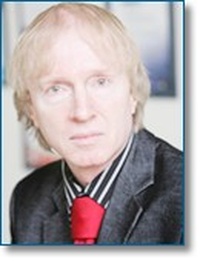 Ronnie Simpson BBS, FPRII is founder and managing director of Dublin headquartered Simpson Financial & Technology PR. Founded in 1995 the boutique agency specialises in technology and financial services for blue chip international and indigenous clients. Ronnie is a Fellow of the Public Relations Institute of Ireland and Honorary Treasurer of PRCA, Ireland.