Going Global... and Taking Employees With You


Inge Wallage explores some of the internal communications challenges facing a major energy company that went Fortune 50 following a merger in 2007.

More than six months into one of 2007’s largest European mergers, I am really excited about how we can accelerate the transformation from two companies into one using today’s innovative communications solutions. The merger of Norwegian companies Statoil and Hydro, completed in October 2007, is amongst the biggest in the energy industry. Overnight, StatoilHydro became a Fortune 50 company, with a greatly strengthened international portfolio in North Africa, Nigeria, Angola, Azerbaijan, the US Gulf of Mexico, Canada and Brazil.

Both companies have operated for more than thirty years in the harsh conditions of the Norwegian Continental Shelf, developing technology and expertise to cope with this uniquely challenging environment. Collaborating with the Norwegian government, they have helped build a universally respected country model that prioritizes long-term and environmentally respectful approaches to energy development. However, while sharing a similar heritage and approach, they have also competed for decades and the merger is by no means trivial.

Now, as the company expands internationally, the challenge is to take these strengths built as national players, and develop a truly international culture for some 30,000 employees operating in 40 countries. The challenge is as exciting as it is daunting, and we are using employee communications actively to facilitate and inspire StatoilHydro’s ongoing transformation.

In true Scandinavian fashion, the CEO and the senior leadership overall are highly committed to keeping an open dialogue. In the international business, we are very focused on how we can get better at tapping into the dialogue locally, since conversation is to a large degree shaping local cultures. It has been fascinating to see how readily people have engaged in new initiatives and in the development of global strategies.

For instance, StatoilHydro traditionally runs interactive Town Hall meetings from HQ in Norway ¯ these are then relayed live to other locations around the world. We are re-inventing this Town Hall vehicle, staging the next event not from Norway, but from Rio where we recently announced a major expansion of our business. In presenting our Brazil team squarely centre stage, and web-casting its success live to the desks of staff in Norway and around the world, we are sending a clear message of change and international growth ¯ one we will repeat frequently as our company progresses on its international journey.

With a strong IT network and multimedia as a backbone, we can construct and facilitate a new level of dialogue – connect the organization more fully and create a stronger sense of common agenda and urgency.

We support the dialogue with all the traditional means such as intranet news, printed newsletters and TV screens, but again and again we are reminded about the power of direct dialogue. In the age of social networking and online communications, large corporations must adapt their way of tapping into employee dialogue.

The challenges for internal communications at StatoilHydro are multi-dimensional. In addition to the company becoming a new and merged organization, especially in its home country Norway, it is also becoming more international. At the same time, a significant number of staff is seconded to work with other companies in joint ventures, a common feature in the energy industry. With the race to attract and retain skills particularly acute in our industry, placing focus on our employees is critical.

In addition, I am keenly aware of the need to analyse and segment the many internal audiences we need to reach, and to understand how they can best communicate with each other. We need to understand what existing or new channels can best achieve our key objectives such as driving awareness and understanding, and securing commitment.

In talking with colleagues across the business, I feel increasingly we need to ensure dialogue, and to create channels for employees’ voices to be heard ¯ in short to foster a strongly participatory style of communication to tell the many extraordinary stories and celebrate the contributions that our people make day-to-day at every level and all over the world in their work for StatoilHydro.

To help assess and set priorities, we have revalidated the results of a survey which we had conducted in Statoil, just prior to the merger. The poll, conducted across the international operation, asked for ideas and suggestions on how we could take internal communications to the next level. The survey, both quantitative and qualitative, involved reaching out to focus groups around the globe.

Giving priority to the best stories

Based on the survey results and ongoing discussions with employees, we have in recent months established several new initiatives. For example, we have implemented structures that drive editorial best practice, helping us prioritise the many competing internal stories.

We are also piloting interactive lunch-and-learn sessions where a Country Manager provides a business overview of operations to different parts of the organization. In addition, we are organizing Net Café meetings where Q&A sessions are conducted over the Intranet in real time (a recent event boasted almost 60 questions in one hour!), and we have started View From the Top sessions where the leader of our international operations sits down with groups of ten staff. The enthusiastic support we see for all these initiatives suggests we are definitely progressing in the right direction, something we carefully evaluate and monitor continuously.

Making a success of a large merged organization is an enormous challenge, and motivating the workforce is a central part in ensuring this success. Research on mergers indicates that organizations tend to prioritise financial considerations with a sustained focus on financial stakeholders. Yet, for companies to succeed, they need to build an inspired organization in which internal stakeholders feel their voices are heard and their contributions celebrated. 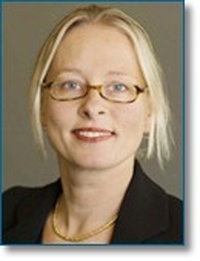