No seat in the C-suite anytime soon


Ingmar de Gooijer finds it strange that the increasing importance of external stakeholder perceptions and expectations are rarely reflected by an official seat on the board for the Chief Communications Officer.

Corporate reputation accounts for around 550 billion Euros worth of value among the UK’s largest listed companies and the reputations of Royal Dutch Shell and Unilever contributed almost 50 percent of overall shareholder value (1). Unilever has a Chief Marketing and Communication Officer in its executive committee but Shell doesn’t. I expect the Shell example to prevail in the foreseeable future.

Now don’t get me wrong, I believe that the Chief Communication Officer (CCO) belongs in most executive committees, but there is no sign that this will happen anytime soon. The key reason for this? Look in the mirror.

When speaking to business executives, it is a no-brainer for them that the war for talent justifies a seat for human resources in the C-suite. Depending on the business they are in, most of them are also very aware of the (potential) impact of social media on their business and understand the importance of their reputation. When asking them if reputation has a seat on the board I usually get one of the following three answers:

The surprise doesn’t lie in the answers of the business executives, but in the fact that Chief Communication Officers usually answer along the same lines. Is this strange? Isn’t this perhaps just how it should be? No, I don’t think so...

It’s a fact that some companies have a CCO in their executive committee and some don’t. This has nothing to do with the industry they are in (e.g. IBM, Citibank, Heineken have one) nor does it have any correlation with the organisational structure of the company or its board. CCOs do tend to be more often in B2C companies, which explains answer 3.

The critical point lies between answer 1 and 2. Can a CEO ultimately be held responsible for the overall reputation of its firm? Yes, just as he is for the company’s financial performance (CFO) its talent management (HR), its legal dealings (Legal Counsel) and in some cases its ICT performance (CIO).

But it seems somewhat strange that the increasing importance of the external stakeholders’ perceptions and expectations are not reflected with an official seat on the board. Of course there are CCOs who are present at some board meetings, but don’t forget they don’t have a formal vote.

So should CCOs really have a seat in the executive committee? It depends, but let’s take some happenings into consideration:

These five examples are just a snapshot of the impact of perceptions, and perhaps more important the need to ‘manage’ them.

It’s worth another article to go into the possible role of the ‘perception guardian’ in the C-suite as it probably needs to be a combination of corporate communications, public affairs and/or marketing. But when doing the preliminary research on how many listed companies have CCOs on their board I counted the combination roles also as CCOs and no real trends were to be found (except maybe that software companies have more CCOs in their board and B2B companies usually don’t).

Research in the pipeline

A lot of research has been done on who the CCO reports to (7), differences between geographic regions (8) or how much they earn (9), but never on how many CCOs have a seat on the board and their exact remit. This will change I hope as I’m planning to do research on this together with the European Association for Communication Directors. So watch this space.

It seems to me that business executives are getting savvier in communications (10) but that CCOs are not necessarily becoming savvier in business (11). If CCOs want to become part of the executive committee they better start stepping up. As The Economist stated, “PR Man has conquered the world. He still isn’t satisfied” (12). Rightly so! 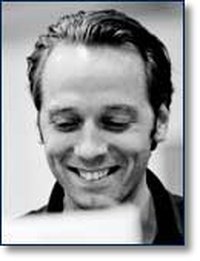