Ethics in PR has been a major theme for IPRA in 2007. Here Melanie King mulls over where the limits of acceptability lie.

What are the ethics of taking on certain clients?

Every PR organisation has a code of ethics which, as we become members, we promise to subscribe to. But what happens if we don’t? And what about all those PR practitioners around the world who aren’t members of their country’s PR organisation – is there no demand for them to be ethical?

I would say the vast majority of PR professionals are just that – professionals – and behave in a generally human and business ethical fashion. But let’s face it – our industry is seen as less than respectable; we are considered manipulators, spin doctors, people who play fast and loose with the truth.

Because our job is to show our clients in only the most positive light, it is assumed we are hiding the dark underbelly of all those corporates. In some cases, I suppose, that’s true. But in most, all we’re doing is demonstrating our clients’ products or sponsorship or corporate responsibility all very positively. This doesn’t involve lying; it is merely letting the public peep in on the good stuff. This is not unethical; lying is. We should never lie nor create a situation in which information is completely or almost completely false.

Perhaps we should move from behaviour and corporate activity to clients – who do we take on as clients? What about their unethical behaviour, if any? When do we say no?

Good ethics is good business. But there are cases when there is so much money at stake, ethics may be seen to be compromised. Most people in the US know the story of Hill and Knowlton, the international PR company who took on the government of Kuwait as a client just as Iraq invaded Kuwait, the first Gulf War.

As H&K had a Washington office, staffed with former employees of the Pentagon, the White House and Foreign Service offices, clearly its intent was to work with the government, lobby the government, schmooze Congress and help change policy and/or public opinion. While I understand working with a government department like Defence, Tourism or Health, I personally find it unusual to be representing an entire government with the sole purpose of changing US public opinion. As has been reported by PR newsletter author Jack O’Dwyer: “H&K…has assumed a role in world affairs unprecedented for a PR firm.”

It has been well documented publicly that Kuwait was a very profitable client for H&K – and other PR and lobby firms – netting millions in 1990-91. However, what has also been well documented – and discussed over the years – has been how H&K produced dozens of VNRs which aired on US television but didn’t disclose themselves as the source.

H&K was also taken to task for the testimony before Congress of a 15 year old girl identified by first name only who described war horrors she had seen with her own eyes. Her story was repeated on TV, by the President, in other Congressional testimony and at the UN. Yet it was not revealed until years later the 15 year old girl was the daughter of the Kuwait Ambassador to the US and herself a member of Kuwait’s royal family who had been coached by the H&K vice president.

What would have transpired had this taken place on behalf of a corporation? I doubt the PR company would still be in business. Was it ethical? I wouldn’t think so.

Let’s move to the present – with yet another Iraq war – and another global PR company – Burson Marsteller – agreeing to be the PR company for Blackwater, the civilian security firm under ‘fire’ in Iraq. BM’s job is to provide crisis management for Blackwater, which has been reprimanded for killing two civilian women in Iraq recently.

Would you take on their business?

All companies – note, not countries – deserve to hire PR people to help spruce up or repair their image. But at some point, do we say, “no, I don’t think so”. If there’s always someone ready to take on anyone’s PR, we will never emerge from the mire of ‘manipulators of policy and opinion’ and ‘spin doctors who are no better than money launderers’. 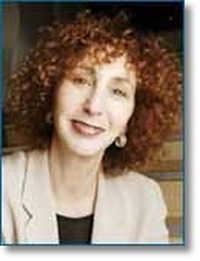 Melanie King is managing director of Mango Communications Australia, overseeing offices in Sydney and Melbourne. She is a member of the PRIA and is a judge for the PRIA’s Golden Target Awards