As the the world’s big cities get ever bigger, the battle to attract foreign direct investment gets ever more intense. Vivian Lines on the role of ‘city brands’.

A challenging feature of globalization in the coming decade is rapid urbanization, especially in the world’s most populous emerging economies. Population projections show that the largest cities in these countries will soon become ‘mega-cities’, increasingly competing with each other and the developed world to attract investment, tourism and talent.

By 2015 Asia will hold the top three urban slots: Tokyo, with a projected 36.2 million residents, Mumbai at 22.6 million. and Delhi at 20.9 million. In just the next four years more than 120 million Chinese people (equivalent to the combined populations of Britain and Italy) are expected to move from the countryside into cities.

With growth like this, the challenge for national and metropolitan authorities is how to avoid these mega-cities becoming mega-losers with consequences for the standard of living of their millions of inhabitants. Partly this is a matter of national priorities and planning but increasingly it is a global struggle between mega-cities to secure global investment. Major cities are, after all, powerful collections of businesses and people with a combined economic power that can rival many nations. Increasingly, it’s cities more than the countries that are the centrepiece attraction for investors.

The new mega-cities are already competing against each other aggressively; most obviously over the right to host special events. The almost continuous fight over who hosts the Olympics shows how much cities value the global attention it can bring and the platform it creates for future marketing. Beijing’s win for the 2008 Summer Olympics and London’s for 2012 underscore the most recent successes. Other cities such as Pyeongchang in Korea and Salzburg in Austria are meanwhile vying to win the 2014 winter games.

A recent report by the Economist Intelligence Unit (EIU) and the Columbia Program on International Investment suggests that FDI flows will peak this year and will be less than 2000 levels in real terms for the rest of the decade. Furthermore by 2010, the bulk of FDI, some 70%, will go to developed economies. Out of 2010’s projected $1.4 trillion FDI, more than $400 billion will go to the Euro-zone countries and more than £375 billion to the US alone, the report claims. By comparison China, which tops the emerging market league, is projected to receive $80 billion.

So where does this leave the mega-cities of the emerging economies? Unsurprisingly, the BRIC economies are predicted to be in the top 20 recipients, along with Mexico -- but what of Dhaka, Jakarta, Manila, Lagos, Istanbul, Karachi or Cairo? Their national economies look unlikely to be natural FDI winners in the next decade, but their urban populations will continue to rise.

For the mayors and metropolitan authorities of these cities, a key part of the answer must be to adopt the marketing tools of the commercial marketplace and begin to define and project their cities as brands.

Developing and executing a singular, compelling ‘city brand’ image certainly isn’t easy. Singapore, a relatively rich city-state, has been trying to break the code for a long time – pushing their city appeal and leveraging their country status to attract tourists, investors and talent.

The potential downsides of over-enthusiasm are evident. In a recent Singapore Straits Times article it was noted that the current assembly of city brand programmes running in tandem has blurred the image of what Singapore is all about. The UNIQUELY Singapore, City in the Garden, Global City, and World of Opportunities programmes, it said, were all competing for the same space, which in turn "results in a fragmented image of the country." Singapore is not alone. This situation is global with competition for resources existing even within cities, as well as regions and countries. For potential investors this is all very confusing.

Building a powerful City Brand is a classic marketing opportunity but as the Singapore example shows, success may mean going back to basics. Here are some learnings from successful programmes:

• The competitive landscape needs to be very carefully established; are your biggest neighbours your biggest competitors? Audits, image studies, etc. are a must
• Define a clear differentiating proposition, an umbrella positioning, that also makes a credible case - campaign(s) must be rooted in reality, in proof points not just slogans or sound bites
• Just as in any marketing campaign, the creative strategy must be clearly linked to sound business fundamentals and combine rational and emotional appeal
• Get the message out holistically according to a well designed and coordinated plan. The city must speak with one voice – or at least the various agencies must sing from the same songsheet
• Ensuring full cooperation from all interested parties will improve impact and reach and save taxpayers’ money. Effective mobilization of both the private and public sectors can truly pay off.
• Be realistic about the cost of competing and prepare for the long haul • It’s never too soon to start. 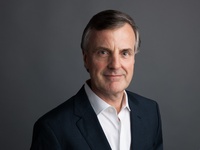 Vivian Lines is the CEO of Lines Consulting, an advisory firm working with C-Suite and senior executives across Asia-Pacific. Vivian specialises in corporate communications, risk and reputation management, leadership communication, and crisis and issues. He is an experienced business leader and former Global Vice-Chair and Asia-Pacific Chairman for Hill+Knowlton Strategies.