It’s been at least three years since I remember hearing the word ‘globalization’ as the center of conversations among analysts, politicians, economists and writers. Notions successfully spread out by Thomas L. Friedman in the World is Flat and ongoing socio economical phenomena that made geographic boundaries practically disappear, put countries like China and India prominently on the map and included Latin America as part of the equation.

But the Latin America that Friedman and others described at that time was still the compilation of a number of developing countries working on turning out internal policy and creating new value-added industries to better compete in a flat world.

Today’s conversations are far from ‘globalization’ and more into the concept of a ‘digital economy’, where the web is changing the way content is shared and boldly re-defining the key lucrative jobs of the future, thus providing new hope for a harmed global economy. One of the relevant assertions from Friedman was to recognize that for countries in Latin America, an important factor to participate in the globalization game was by developing the right infrastructure to connect people with the rest of the world.

This goes from affordable Internet and mobile phones to modern transportation and roads. I believe that the telecommunications infrastructure has improved greatly since then and countries are investing millions of dollars in their physical infrastructure.

I have worked a good part of my career in Latin America communications, and after taking a break from 2004 to 2007 in this area, I can say with no doubt that the region we’re looking at today differs in many ways to that of the early years after the Internet bubble. In particular, the media has evolved dramatically. For this reason, I thought of spending the next few paragraphs on a reflection around the impact of the digital economy in Latin America’s media landscape.

‘Glocalization’ of the Internet

We can’t yet claim that everyone in Latin America now has access to the Internet. However, Internet usage in the region is growing exponentially. According to a survey conducted by Pyramid Research for Google, more affordable computers and mobile devices, an expanding broadband network and an increased interest in social networks are some of the factors accelerating this trend. According to Internet World Stats (http://www.internetworldstats.com/) in December 2008, Latin America Internet penetration was 28.8% of the population while the world average was 23.5%.

Take Brazil, for example. There’s an estimate of 67.5 million Internet users in this country. Together with Mexico, Brazil has the highest individual computer ownership. But perhaps the more interesting data about Brazil relate to the use of social networks. In Brazil, eMarketer.com tells us that more than 80% of Internet users visit social networking sites. Furthermore, these users are actively influencing content of the World Wide Web by spreading out cultural preferences in fashion, design, entertainment and tourism through Orkut, YouTube, MySpace and other popular sites.

Here’s where the concept of ‘glocalization’ of the Internet starts to play; in other words, Latin American content is for the first time spreading outside of the region through the Internet and even influencing the attitudes of readers in other countries, and not the other way around.

Online social networks are taking over the time spent by Latin Americans in the Internet because they represent an extension of their cultural need for socialization. When Facebook published its top 25 growing countries in 2008, Chile, Venezuela, Argentina and Colombia topped the list. Other countries that made it to the list were Peru, Panama, Mexico and Dominican Republic. Surprised? The glocalization is happening in one form or another by more users adding their own footprint to digital content.

In mid 2007 I was in charge of developing the Spanish-speaking blog for a multinational corporation. At that time this was the only existing blog of its kind reaching out to readers in Latin America. To my surprise, most of the respondents to our posts were already established bloggers with a wider audience and reputation in the so called Technorati.

Today, according to a study by The Jeffrey Group, there are more than nine million bloggers in Latin America, and many of them have worked in the media as journalists. These bloggers are increasingly cited in traditional news reports as a source of opinion and facts. The effect is that in countries like Venezuela, Argentina, Mexico and Brazil, the new profession is rising.

Amazingly, bloggers have learned the job fast and are jumping quickly into the new digital phenomenon: Twitter.

Consider, for example, the case of the recent A (H1N1) flu outbreak, which started in Mexico. While the mass media was reporting on the situation every two hours on average, those on Twitter were posting updates on-the-go, literally informing the public and Internet addict youth by the minute.

Ironically, when traditional media was catching up, an earthquake hit Mexico City. And guess who had the exclusive, only the ones who were ‘twittering’, of course. This new digital economy has suddenly changed the dynamics of news reporting, and what’s important to observe is that in Latin American countries people have embraced it at the same time as in developed ones.

The bottom line is that we’re facing a new era of regional media and writers, whose prime time takes place at every second. The Latin American media that we used to know well only a few years ago has definitely evolved and stepped directly into the benefits of Web 3.0 like everybody else.

Furthermore, the web doesn’t discriminate content, so glocalization and immediate access to international news will continue. And the moment active bloggers and Twitter users figure out how to increase their income through their regular posts, those of us working on the other side of the fence will need to adapt quickly to a world in which media is flat. 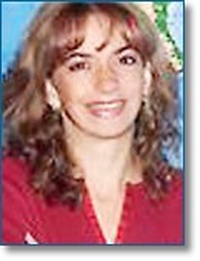 Vivian Kobeh is Communications director for Nokia Latin America. Based in Miami, she is responsible for Nokia external and internal communications activities in the Latin American region, including the company’s social media strategy for the region which she introduced in 2008. Prior to joining Nokia in 2007, Kobeh was a corporate communications executive with Dell Inc., where she performed diverse roles, including head of the company’s media relations in Canada and Latin America, head of global Diversity and Ethics communications and, most recently, responsible for the launch of the company’s external blog in Spanish, the first blog in the industry directed to Spanish-speaking customers and media. She joined Dell in 1992 as Marketing manager for Dell Mexico and in 1996 was transferred to Dell’s headquarters in Austin as Marketing manager for Latin America where she was responsible for the marcom and advertising for 42 countries in two languages.