ITL #453 Sex sells: but not always for something risqué


Working with risqué brands can be hard but it feels good when you get your story over the line. By Jane Stabler.

Well, sort of. Sex sells unless you’re trying to promote any product or service remotely sexual – and in that case, you might need to rethink your strategy because sex most certainly does not sell sex.

An overtly sexy approach may sell shoes, handbags, and expensive cars, but try using sex to sell anything actually related to sex, and suddenly sex doesn’t sell – it becomes smutty. Which is a bizarre concept when you think about the fact that the only reason anyone is doing anything at all, ever, is because people had sex!

From a PR perspective where reputation is everything, working with brands, products, or services that could be considered risqué is something that many practitioners and agencies take a black and white view on – and the answer is regularly no. But as the owner of an agency that continues to work with several brands and services that could be considered taboo, the answer has been a regular yes.

Every PR knows that getting media interested in the best of stories can be difficult enough at times, but getting them interested in a story that involves something risqué takes every PR skill you’ve ever learned, and then some. And as a PR, I relish that challenge.

Australia’s media landscape is known as a fairly conservative one, and working with risqué industries has made sure we work smarter, more strategically, truly understand the media landscape, and challenge ourselves on an ongoing basis to turn the taboo into a mainstream conversation.

No matter what you might think of many of the industries considered taboo, the facts are undeniable. Sales of adult products skyrocketed during lockdowns, with the industry valued at around $US 33.64 billion last year. That’s a lot of people buying toys and products that are considered a naughty secret! Not only that, Australia – despite being conservative (apparently) – is tipped to lead the Asia Pacific expansion of the online retail stores segment of the category through to 2026.

Online dating also saw a spike during the pandemic, and so did membership to the eternally controversial Ashley Madison – the world’s leading married dating site. In fact, data from Ashley Madison showed that their members managed to cheat just as much or even more often than they did prior to being locked up at home. The site also reported seeing more than 20,000 sign ups per day – up from 15,000 pre-pandemic, shining a light on the fact that a lot of people clearly can’t spend all day, every day with their partner, and looked to have an affair instead. Surely that’s something we should be talking about!

Working with risqué brands is definitely a challenge. There are rarely easy wins, but as a PR professional I struggle to think of a better feeling than when amazing coverage does convert for a client that we need to really fight for. When it comes to risqué angles and concepts, we’ve learned how to walk the line of good for client, good for media, and it takes research, and absolute commitment. The thing about the risqué PR that we do is that it’s also important PR and it’s disappointing when that side of the story gets overlooked.

The number of times we’ve been told that a story about sex toys designed to empower females who are struggling to enjoy themselves fully with a partner “might offend” readers is staggering. As is the response that “we don’t cover infidelity.” And that begs the question: when Australia ranks in Ashley Madison’s top 10 countries globally, and when Australians are buying adult toys in droves, why on earth not?

As a PR, these responses are frustrating, but they present the challenge that we must overcome through clever communications, and of course, knowing our clients and our contacts. Statistics don’t lie, and when defensive media responses are followed up with an impassioned request to consider the need for females to be really heard, often the conversation shifts and that’s exactly what we need.

When you present a statistic like 43% of men are under the impression that their primary partner climaxes every time they have sex, but only 18% of women agree, often closed minds start to slowly open. We don’t always get the story over the line – but that happens every day across all clients in the world of PR. However, we do get an audience with a previously prickly journalist and that’s a start.

At the heart of the risqué products and services my agency works with is female empowerment and to some extent, equality, and they are incredibly important messages. As a female in business, the importance of female empowerment is something close to my heart. This is not the forum to launch into a spiel about how unequal the world of female sexuality is when compared to male, but it’s a point that most definitely needs attention if this antiquated state of play and preconceived ideas about risqué products and industries is ever to truly shift. 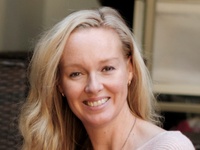