ITL #436   Justice as a platform: for brands, getting political is the only way forward


In these corrosive times, public relations can play a positive role in helping companies maneuver when the goal is both doing well and doing good. By Andrew Graham.

I have always believed that the public relations industry can be at its best when the mood of the times is at its worst. And, right now, as propaganda infiltrates the Fourth Estate and toxic beliefs related to racism, nationalism, and “alternative facts” linger, one can make the observation that times are pretty bad—meaning our industry must respond with its best thinking and boldest work.

The mood of the times is as follows. We in the United States are climbing out of the hole left by the last presidential administration, an absolute embarrassment, and the former guy still has considerable influence over one of the two political parties.

But the toxic ideas on which Trump and his acolytes rose to power were not unique to them. Globally, nationalism was already on the rise in many places prior to 2016. Trump was not the disease; he was a symptom of it.

All of this is set against the backdrop of a corroding media environment. While a free press will meet its public-service mandate far more often than it doesn’t, press freedom is an increasing rarity. Journalism is either completely or partially inaccessible in 73% of the 180 countries that Reporters Without Borders studies, according to the organization’s annual World Press Freedom Index.

Generally, abuses of power, whether by elected officials or law enforcement, correlate with lower amounts of press freedom, which is one reason why the media situation is so alarming in the United States. (RWB ranks the U.S.’s press freedom 44th in the world and describes it as “satisfactory.”)

And even where reporters and editors are left alone to do their jobs, there is no serious business model I can identify to sustain the volume and type of journalism people deserve. In the U.S., Facebook earns far more in one quarter ($13.4bn, according to its latest quarterly filing) than the entire newspaper industry does in one year ($8.8bn, per estimates).

The resulting problem isn’t even the declining employment in the journalism sector, which is actually less bad than it is usually made out to be. The resulting problem is where people are forced to turn for their information. It’s Facebook, a platform that disseminates mis- and dis-information at scale and infamously lacks a coherent position on whether it should be permitted to monetize lies. It’s Twitter, which recently “verified” a fake account. It’s the news aggregators, which replace the judgment of human editors with algorithms.

All of this is to say that public relations practitioners, whose job is to facilitate the free flow of accurate and truthful information while advancing the business interests of their clients and employers, face several powerful barriers, and those barriers can reinforce each other in a way that makes them all more impenetrable over time. Authoritarianism fuels propaganda, which fuels apathy (or worse); bad-faith political actors make the social and media environment more toxic, which exhausts half of the public and makes the other half thirst for someone new who will lie to them. The outcome: a perpetually lower chance that more facts, more information, and more transparency will pull through successfully.

Where do things go from here? While I think an amount of manufactured distrust in institutions and expertise is here to stay, I do not think our publics will be perpetually thirsty for lies. Instead, I think they are, and will continue to be, thirsty for leadership from wherever they can get it—and the data backs up this belief.

This is where the public relations industry has its opening.

New rankings from the Axios/Harris 100 poll, an annual survey that gauges the reputation of the most visible brands in the country, show that brands with clear partisan identifications are becoming more popular, implying that there is room for companies to maneuver if the goal is doing well and doing good simultaneously. While a few brands do perpetuate the kind of toxicity that, in my opinion, society should be moving away from, and one can look at the results of this research as a suggestion that more of that is to come, the vast majority of brand purpose work leans on equality, inclusivity, and progress as core brand values that will put them on the right side of history.

Our colleagues in the marketing industry are beginning to follow suit. The latest version of The CMO Survey, a biannual report that collects and disseminates the opinions of top marketers, registered a significant jump in interest in brand activism among marketing chiefs.

“More marketers now believe it is appropriate for brands to take a stand on politically-charged issues, with a 49.7% increase in the last year to reach 27.7%— the highest level in survey history,” it wrote. The types of political activism appropriate for brands, according to the survey, include encouraging citizens to vote (92.9% of marketers), supporting a specific piece of legislation (43.5%), and making changes to products and services in response to political issues (26.5%).

This alone represents evidence of a significant change in what executive-level stakeholders consider is acceptable from a public relations and external communications standpoint. If customers want more politics in their brands, and CMOs are taking those demands seriously, then it is public relations practitioners who should actually make it all happen.

In political science, the Overton Window is a concept that describes the range of policy options that are broadly acceptable to a mainstream audience. I think of PR as having a version of the Overton Window. Ours describes the ideas that clients will sign off on and the kinds of messaging that our publics will react positively to. It’s essentially the Agenda-Setting Theory, except addressing how public relations professionals can set the public agenda at a given point in time instead of the media. And PR’s Overton Window has quite obviously shifted towards political speech.

Beyond the obvious edict of looking for opportunities to do more purpose-driven work, this trend—the shifting of PR’s Overton Window—has three specific ramifications I can see for public relations practitioners.

First, it reinforces the need for more time, attention, and investment in the pre- and post-campaign research elements of the practice. Today more than ever, practitioners need to know how the political beliefs of their audiences are evolving over time. Additionally, from a risk standpoint, they also need to have an understanding of what a given policy is likely to do for those stakeholders so that they can give counsel on what to embrace and what to stay away from.

Moreover, practitioners need to truly understand the authentic beliefs of their client executives, because that’s who the public wants to hear from about the company’s political stance. According to a recent survey from Edelman, nearly 80% of respondents think CEOs should support voting rights legislation, and 59% think it is appropriate for a chief executive to speak out against legislation that is discriminatory or unethical.

And finally, we should all be honest with each other and accept that our respective ideologies matter a great deal in the workplace. If we are asking clients to do something new and different in putting politics and business together, then agency owners and the leaders of in-house teams need to do the same. 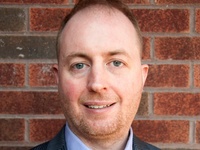 Andrew Graham is founding partner of Clear, a public relations and issues management practice in New York City, and president of the Public Relations Society of America, New York chapter.