PR consultancies declined to work on a global image campaign for the Hong Kong government. Was this the right decision? Or should they have behaved more like lawyers? By Senjam Raj Sekhar.

The 2019 Hong Kong protests took an interesting dimension for the PR industry, when eight global PR firms were approached by the Hong Kong Government for a programme to manage the reputational fallout of the protests. As reported by The Holmes Report, all the eight firms declined to participate in the  pitch, with four firms refusing right at the initial stages.

Supporters of the protests will celebrate this as another slap on the face of the Hong Kong government. The important question that all of us at the PR fraternity need to ask is whether this is a manifestation of judiciousness of the PR Industry or is it just plain over-caution to escape any negative rub off.

Let me start with a reference to a principle of jurisprudence. The constitutions of over 150 countries recognise what is called the Right of Counsel. It is the right of any defendant in a criminal case to have the assistance of a lawyer.

Clarence Darrow is remembered as a crusader of justice and the champion of the underdog in the United States. But as a lawyer, Darrow also defended many loathed criminals like the teenage thrill killers Leopold and Loeb.

A right to PR counsel?

Much like the legal right, should the world recognise the right to PR counsel and representation? If lawyers are not vilified for doing their duties, should a PR firm be singled out or trolled for taking on PR briefs from out of favour regimes or companies under fire.

The role of a PR advisor goes much beyond that of a lawyer, it is not just about defending the client in a trial. A true PR counsel can play a much more meaningful role.

A PR advisor does not work within the narrow confines of court and judicial procedure. The canvas is large and the measures that one can take can be immediate as well as long term. A truly influential PR counsel can work as a conscience keeper of its clients and guide them to the right path.

Let’s take the case of Hong Kong. The RFP issued by the government is pretty straightforward. To start with, it acknowledges the “concerns about Hong Kong’s positioning as a business and financial hub”  and “acute concern” that travellers and tourists may have over their “personal safety”.

The RFP goes on to state the objectives which is to “address negative perceptions” and “underscore strengths”. Like any good old PR brief, it asks the PR firm to  include an assessment of current image, strategy, message and plan as part of its scope of services.

You might disagree with the Hong Kong administration for its strong arm tactics on protestors and for riding roughshod over the democratic rights of its citizens, but there is hardly any scope to raise issues on its brief.

Walking away from this brief is an easy choice to make for a PR firm. The tougher decision would be to take this assignment and work with the government.

The reluctance of the PR firms to take this brief is understandable. Many PR firms have burnt their fingers in this process. Hill & Knowlton, for all the good work that they have done over the years, will not be able to escape the ignominy of being associated with the false testimony given to the US Congress.

Bell Pottinger  imploded spectacularly after being found guilty of inflaming racial tensions in South Africa. However, the key point to always remember is that it is not the clients but the methods used that defines your work.

The boundaries of what constitutes ethical practice has been well documented. IPRA’s code of Conduct for example is very clear on the standards of integrity, transparency, accuracy and disclosure that need to be adhered to by all PR professionals.

Thus, clandestinely editing wikipedia articles is wrong, but making a contribution in Wikipedia after a full disclosure is acceptable.  Writing and maintaining a website to express your point of view is legit, but surreptitiously maintaining a supposedly independent website or a blog  gets into the area of astroturfing.  Making clearly attributable films and multi-media materials that offer your perspective is above board, but making fake videos is an absolute no no.

Working for the administration during the Hong Kong protests would have represented a significant challenge for any PR firm. There have been massive protests on the streets, reports of police brutality and a breakdown of communications between the government and protestors.

However, a PR firm, could have used bona fide platforms to help overcome the impasse and established a middle ground between  the administration and its various stakeholders like the media, stakeholders and citizens of Hong Kong. It could have done this openly, transparently and with complete integrity.

Over the years, the Public Relations profession has demonstrated its capabilities and effectiveness in some of the most challenging situations like the Tylenol tampering crisis of 1982  or the Cadbury worm infested candy bars crisis of 2003. The methods used were classic; open and transparent communications with all stakeholders, full disclosure, keeping public interest paramount  and willingness to learn from their own mistakes.

For all those PR firms who are wary of taking on sensitive projects, remember history will not judge you by the clients that you took, but by the work that you did for the client and by your choice of methods. The Clarence Darrows and Ram Jethmalanis of the world have shown the way. 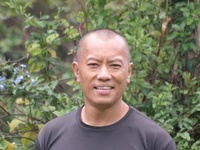 Senjam Raj Sekhar is senior corporate communications leader, columnist and writer. He has spent over two decades building brand & corporate reputations across South Asia, UK and Africa. He has worked for companies like Flipkart, Bharti Airtel and Samsung