Some pundits suggest PR is in decline. Yet the wide-ranging changes of recent years have brought great opportunities for growth. By Claudia Pritchitt.

There have been recent suggestions that public relations is a dying profession, primarily because of developments in social media and technology and the view that these will make public relations redundant.

Reading the funeral rites for public relations is nothing new; nor is wondering how the profession will cope with the impact of new developments.

Technology may have forced change in the way organisations and individuals communicate, as well as how they access information and news, particularly in the last decade. But it has not proved to be the bogey for public relations that some had thought.

However, it also seems to us – locally anyway – that as yet many organisations still do not have truly effective social media strategies.

This question ignores the fact that paying for product placement and celebrity endorsement has been around for years.

Indeed, over the years many public relations firms that specialise in areas such as product placement have emerged and prospered.  It’s an example of the ability of public relations to evolve and succeed. Not just coping with change, but taking advantage of new opportunities.

At the same time, it should be remembered that using external social media influencers is not an appropriate approach for all organisations.

In the financial services industry, where we specialise, “thought leadership” is a frequently used technique in communications programs.

Identifying experts within an organisation – such as asset managers and other senior executives – and promoting their views as opinion formers is common practice.

This approach readily lends itself to creating in-house social media influencers rather than using external “independents”.

Indeed paying for product endorsement by external influencers in financial services can be risky – with regulatory requirements to be satisfied and potential reputational damage if influencers go off-script, or their other activities hurt the sponsor’s brand.

There are also issues of trust, very important in Australia at the moment where the reputation of many financial institutions have been trashed following a Royal Commission last year. And doubts have emerged about the real benefit of some influencers, including questioning claims about numbers of followers.

All this – selecting social media platforms, developing influential content to build profiles and presence, and targeting it to reach the desired publics – doesn’t necessarily result in cut-through, especially for paid content.

But even with content, an area where public relations practitioners have always added value, it has been suggested automated robots can replace people.

Recently a story appeared on the Guardian Australia website with a by-line “ReporterMate”, which turned out to be an automated news reporting system, and there have been similar developments in other countries.

This has led to suggestions that journalists (and public relations practitioners) should be concerned.

However, the Guardian doesn’t claim ReporterMate will replace stories by humans, rather that it can make life easier by avoiding the need to labour over statistical information such as annual trends or data comparisons when developing stories. And who wouldn’t welcome that?

In our experience, developing informative, interesting and persuasive content that tells their story accurately, is a top priority for clients.  Technology doesn’t yet have the ability to do this.

The continuing development of social media platforms has meant skill in producing interesting content, and the ability to place it where it reaches defined audiences, has become even more important for practitioners. Detailed knowledge of clients’ industry is essential.

This is not to dismiss all the other critical elements of public relations programs. However, we do believe that persuasive content in all its forms is the glue that holds a public relations strategy together.

These days it is not confined to text, but increasingly includes audios and audio-visual to meet the insatiable demand of social media.

But text is a good place to start.  And those who dismiss traditional outlets like print media are failing to take advantage of major opportunities for their clients and employers.

Traditional media feeds into social media and vice versa in a very influential way. As an example, more people know about Trump’s tweets by traditional media than they do by his direct Twitter feed.

A major benefit of traditional media is that it still represents third-party endorsement.  Someone else thinks your opinion or announcement is worth using. Paid-for content just doesn’t have this endorsement.

One of the communication skills required in developing and placing content is using it so that it supports key messages, changes or reinforces opinion, and raises awareness. Whether it is earned or paid content, or a mixture.

A good technical paper can be used in many ways to create interest by using different aspects on a variety of platforms.

For example, different points from it can be used as an opinion piece for a business publication, a media release for trade press, paid content for news outlets, as well as blogs on company websites and appropriate social media platforms.  That’s before ways of developing audio and visual content are considered.

Puffery and self-congratulatory copy, and the sort of noise that social media is full of, isn’t effective in doing this and for many acts as a barrier.

Nor does selecting platforms, developing influential content and targeting it appropriately to build profiles and presence, necessarily mean cut-through.

As the Hootsuite 2019 Annual Social Media Trends Report says: “While you may be able to pay your way into someone’s newsfeed, that’s no guarantee that anyone is going to pay attention”.

Getting attention for content has always a challenge for even the most skilled communicators and it doesn’t get easier.

All up, rather than technology and social media being a death knell for public relations, the reality is that its platforms offer many new and, as yet, not fully realised, opportunities for skilful communicators.

Our own consultancy may be very small but it is a good example of how public relations continues to prosper, doubling in size in the last year. Those of us that work in specialist areas, like financial services, and are offering the services their industry seeks, continue to grow and win new business.

So, is Public Relations dying? We don’t think so.

Claudia Pritchitt is a director of Pritchitt Partners, a specialist communications and public relations consultancy operating in the financial services industry. 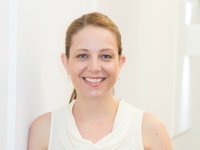 Claudia Pritchitt is a director of Pritchitt Partners, a specialist communications and public relations consultancy operating in the financial services industry.