ITL #284 - Reputation in the aftermath of Grenfell: how ‘trial by media’ can crack the hero brand’s halo


The narrative blame game that unfolded following the Grenfell Tower catastrophe offers important communication lessons and underlines that even highly respected organisations are vulnerable to reputational damage. By George Noon.

Many of us can vividly recall the moments we first learned of great tragedies: Princess Diana, World Trade Center, Fukushima, to cite a few.

I know exactly where I was when I first saw the terrible events at Grenfell Tower, London, in June 2017.

News and social channels spat out live images of a charred, ravaged building with fire and smoke still billowing. Interspersed was footage of emergency services, such as the London Fire Brigade, valiantly attempting to protect and rescue the tower’s residents.

Whatever your definition of a heroic act, entering a burning building to rescue lives is unstintingly admired. Yet as rescue efforts continued, mainstream news media, local interest groups, politicians and pundits were already apportioning blame.

In modern crises of magnitude, blame – seemingly – must be apportioned, and quickly. Villains must be pointed out and publicly pilloried until punishment or resignations occur. It’s a reality of the modern crisis narrative.

At Engage ORM, we often cite organisations that we call Tough to Love. That’s either because of the business they’re in or, perhaps, due to a public administration they oversee.

There’s no bank of public goodwill for such organisations. So, when things go wrong, it’s easy for legitimate stakeholders, or casual critics, to quickly round on them.

At the other end of the spectrum – luxury brands, sports clubs or rescue organisations, for example – traditionally retain broad respect, or enduring affection. Often with near-hero (or heroine) status, it’s thought such ‘Lovemarks’ (as dubbed by ex-Saatchi Chairman Kevin Roberts) are relatively immune to reputation-challenges; their loyal devotees help them ride out rocky reputation roads.

That’s ostensibly the position in which the London Fire Brigade (LFB) found itself after the publishing of an extensive report into the seventy-two deaths that occurred at Grenfell Tower. Entitled The Tower, it takes the form of a circa sixty thousand-word essay, based on interviews and the reflective observations of author, Andrew O’Hagan.

Findings unambiguously apportioned some blame on the LFB for the tragedy.

Excerpt: We don’t like to say these things, but events…show that, regardless of our affection for them, the professional fire services’ response to the fire at Grenfell Tower was anything but strong. The biggest weakness…was the slowness in telling residents to evacuate.

Can there be a more damning failing – tardiness – attributed to an organisation whose primary purpose is to protect lives from fire?

From a crisis narrative and reputation management viewpoint, some tardiness was also reflected in the LFB’s initial silence as a new legion of critics harangued and hounded them.

Reading the report, we’re struck by the relative restraint in referencing the LFB and how its actions may have contributed to the tragic outcome. Other companies, individuals and organisations perceived to have contributed are subjected to greater hostility and more extensive commentary.

Yet, very soon after The Tower was published, several UK national newspapers led with the supposed failings of the fire fighters in their headlines.

Exposé blames London Fire Brigade for a series of blunders in response to… dailymail.co.uk

In this case, it’s way too late to be coaching on the criticality of acknowledgment times and maintaining narrative relevance as a PR disaster descends. As evidenced, others will be telling stories about your organisation during a crisis or a difficult issue, and you cannot stop that. Especially during an ongoing public enquiry.

However, you can make it easier for audiences to access your perspective on the matter. With proactive publishing techniques – embodying insightful SEO – your audiences should see and understand there are two sides to any PR disaster story.

A search on google.co.uk on the same day as those headlines uncovered no such perspectives from LFB, via media, their own website or primary social channels (e.g. Twitter, Facebook). Three days (or seventy-two media publishing hours) later and there was still no actual acknowledgment or rebuttal by LFB, far less any kind of perspective shared. As the new reputation management adage says, ‘Slow comment is as bad as no comment’.

There were a few comments from social activists bemoaning the lack of any timely response by LFB, and from others attempting to discredit the author of The Tower. In either instance, we witness the potential vulnerabilities of hero brands and those talking about them.

What did emerge a few days later was an alternative perspective in The Guardian newspaper, credited to an official from The Fire Brigades Union, which defended LFB firefighters and made the case that they do not deserve a public trial. This story then sat as the lead item following a search in google.co.uk.

While undoubtedly helpful, it did not dislodge from organic SEO the early, prominent ‘blame’ headlines from days earlier. Without scrolling, the bad news reports retained their prominence.

So, what should any ‘hero’ organisation be mindful of when it finds its previously unassailable reputation under threat?

Yet where LFB found itself might contest McCormack’s assertion. Circumstances can conspire to tarnish the reputation of an organisation with classic Hero qualities. Headlines now squat rent free in a digital suburb called Search Engine. You should – others can – look them up sometime. Proactive, reputation-conscious brands use leverage to move them off the front page of retrieval finds.

So, be careful well-regarded organisations and Hero brands. Stakeholder respect and affection may offer some protections that tough-to-love brands can’t call upon, but that won’t make your brand immune to new reputation threats. 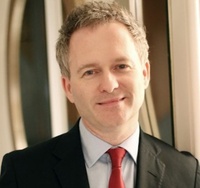