The nature of the EU, with its strong focus on the everyday work of committees and working groups and the fact that legislation can only be brought forward by an unelected Commission, leads to an approach that is more technocratic than party political. By Wes Himes.

The European Union is a consensus driven environment aimed at facilitating agreements between ad hoc and political coalitions on EU Directives and policies. Even in a European Parliament with a substantial sceptical element since the last election in 2014, the ability to drive consensus remains the primary engine of policy-making.

The environment is a product of its electoral system. Unlike a first-past the post Parliamentary democracy like the United Kingdom or a constituent focused, two party system like the United States, the landscape in the European Union oozes consensus. The proportional electoral system in most Member States means a fragmentation of voting across multiple parties and entry for political parties is fairly low. Between 2013 and 2018, over 70 new political parties were created, of which 43 had candidates elected to national Parliaments.

The consensus driven model is reinforced by power dynamics between the multiple layers of government. First, the EU institutions must agree on legislation to show voters that the system works. Second, the institutions themselves must protect their own relevance against each other. Third, all of the institutions together must preserve the EU project against reluctant Member States and other forces wishing to repatriate powers back home.

The proof of this lies in the voting history of the European Parliament’s chamber. With the exception of hot topics like copyright or fertilisers, the Parliament usually passes laws with a large majority. Leading up to votes, the political parties have thrashed out agreements in committees and working groups so that consensus is pretty much baked in by the time it hits the voting floor.  The same can be said for common positions achieved by the Council.

This consensus model creates a unique dynamic for public affairs representatives. In Parliamentary democracies like the UK and the Republican democracy of the United States, focus for public interest representatives is clearly on the parties in power. Therefore, the intersection of political party politics and government is deep and complex. Party conferences and conventions are important dates in any public affairs professional’s calendar.

However, in the EU, with its wide gap between constituents and the elected and with weak EU-wide political parties, focus is on the everyday work of committees and working groups. The fact that legislation can only be brought forward by an unelected Commission creates a more technocrat approach than a party political one.

With the UK and the US, a lot of the work of public interest representatives focuses on educating political decision-makers from outside. Communications and social media play a large part of the process as well as grass roots lobbying. This is reinforced by a hugely influential fourth pillar – the press which dominates political discourse. In the European Union the same forces are there, but the channels are harder to utilize. Outside of Twitter and prominent publications like Politico, an outside or external communications strategy, on its own, is difficult to fulfil policy objectives of those same public interest representatives.

Therefore, any policy must consider whether it is prudent to facilitate a more internal strategy. This strategy tries to integrate the public interest professional into the actual policy formulation cycle as a trusted partner in the process.

In today’s world this is not easy as many see this as privileged and discriminatory access. Horror stories abound of Parliamentarians cutting and pasting amendments from public affairs representatives into final documents. However, if done in a transparent way, pursuing an internal strategy can be a better method of policy-making as it recognises that decision-makers often find it hard to be an expert at everything and thus rely on outside counsel.

The number one concession that any internal strategy must accept is that to be a trusted party you must be prepared to be part of the consensus driven model. If you want to stay pure to your ultimate objective, then arguing externally makes a better proposition. But if you accept that it is better to go with the grain of a consensus driven environment that is the EU, then an internal strategy remains attractive.

The internal strategy remains a more cost-effective one given that you immediately understand that concessions will have to be made along the way. Given that smaller parties are often at the heart of consensus driven decision-making (working parties of rapporteurs, certain MS experts at the forefront) it is a more manageable process.

An external strategy involves a more general bombardment, resulting in expensive communications tactics and deployment. Often it is not possible to avoid an external strategy, particularly when the issue has hit the headlines and become a lightning rod for KOLs and key issue advocacy groups.

For those pursing an internal strategy, the main pitfall is being accused of being an ‘’insider’’. No one likes that label with its sinister implications. Therefore, firms and organizations operating with this strategy should be major advocates of transparency and openness. Mandatory registers, detailed meeting logs, and wider scope of activity coming under the register is in the interest of advocates wanting to be trusted parties to policy development.

One of the main hurdles today is that the trend in this area is becoming more negative. Many champion pulling up the drawbridge of direct advocacy, resulting in all activities moving to an external focus. This creates a white tower of government and a noisy bubble outside of it.

Only openness and transparency, with the right dose of Parliamentarian independence, can assure that public interested representatives can be seen as a trusted party in policy formulation.

This article does not advocate any type of strategy. It simply suggests that public interest representatives need to understand the system they work in to optimize their own actions within it. The EU is a consensus driven environment. The European Parliament, as an example, has only been directly elected since 1979 and such youth tends to want to preserve itself. However, it remains to be seen whether it can continue to remain so.

With current forecasts predicting a greater rise in non-mainstream parties at the May 2019 European Parliament elections, the further fragmentation may offer up opportunities for truly centre-right or centre-left ruling coalitions. No more consensus driven, power sharing coalitions between the left and right, but agenda driven, political imperatives that ignore consensus and force through more radical change. We will know soon enough. 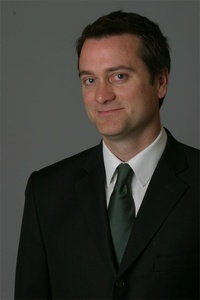 Wes Himes is Founding Partner of Instinctif Partners’ Public Policy practice in Brussels. He is responsible for advising clients in different sectors ranging from health to financial services and supervises lobbying activities carried out in Brussels by Instinctif Partners, formerly known as Policy Action, as well as spearheading numerous campaigns at national level across the EU Member States. Wes has also worked as the Brussels Representative for the European Policy Forum and as an aide to a member of the European Parliament.